Former attorney general of India Soli J Sorabjee says that an All India Judicial Services, with a few tweaks, should be planned. 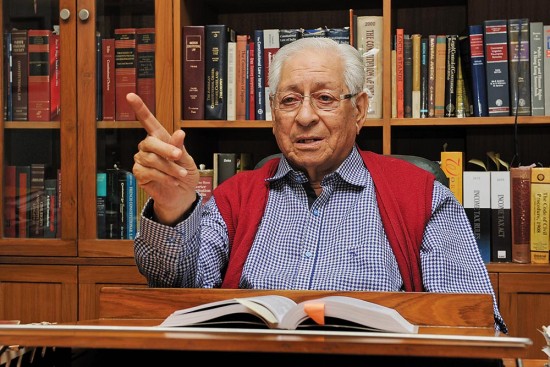 Thousands of lawyers apply for each exa­mination that is notified for recruitment to the district and subordinate judiciary. The various High Courts conduct the rec­ruitment exercise without sufficient staff strength and some have described it as an ‘ad hoc’ measure because there have been issues with it. The idea of an All India Jud­icial Service has been mooted since 1946. It has been discussed by the Law Commissions of India, which have favoured its creation. Recently, maj­ority of High Courts said they want to retain control over recruitment. The idea has also been pressed by the All India Judges Asso­ciation in two petitions to the Supr­eme Court, which wasn’t opposed to it in its first verdict in 1992 (the second is yet to come). Jurist, senior advocate and former attorney general of India Soli J Sorabjee, in an interview with Ushinor Majumdar, agrees that an All India Judicial Services, with a few tweaks, can be planned and executed to tackle the problem. He seconds an idea to have an entrance exa­mination to recruit qualified lawyers as public prosecutors.

In many cases, the High Courts dir­ectly conduct the recruitment to the lower courts. The judges have to set questions, supervise correction. In charge of this is a single registrar, who has to manage with a few people. With thousands of aspirants, isn’t that too cumbersome a task for a High Court?