"We First Give Them A State"

"The Camp David summit failed as they wanted a final agreement... now we would negotiate like two states...we have drawn conclusions from our failures." 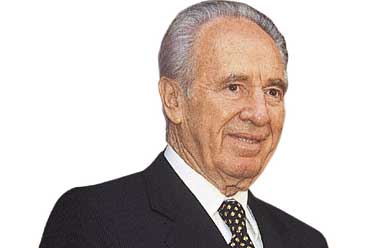 outlookindia.com
-0001-11-30T00:00:00+0553
Israeli foreign minister and Nobel Prize winner Shimon Peres was one of the architects of the Oslo Peace agreement signed between the Israeli government and the Palestinians. The agreement is now in tatters. Peres talks to Pinhas Inbari about the new initiatives for renewing peace in West Asia. Excerpts:

In a recent interview, Saudi Crown Prince Abdullah bin Abdul Aziz put forth a peace proposal asking Israel to withdraw to the position it held in 1967, in return for all Arab states recognising and normalising their relations with the country. What is your reaction?
It's a positive and interesting proposal that radiates goodwill as well as an intention to advance towards peace and resolve the dispute in the region. At the same time, the biggest threat to achieving peace is terrorism. An end should be put to all terror activity, which can be the real foundation to advance towards peace. We have disagreements with the plan with regard to the opening position—but the Saudis' involvement, together with Jordan and Egypt, in the peace endeavour is extremely important.

It looks as if security deterioration is your main concern now. What are you going to do about it?
There are four steps that should be taken—coordinating Israeli activity against terror, renewing the security coordination with the Palestinian Authority, improving the economic conditions of the Palestinians, and opening up a political horizon for them.

When you say 'opening up a political horizon', are you referring to your agreement with Abu Ala of the Palestinian Authority? What are its basic features?
It's an attempt to reopen the negotiations we had launched in Oslo. The first stage is to have a ceasefire, and then to establish one single military authority over all arms (as opposed to the different militias now). This will be done in a month's time. Within eight weeks of that, there will be mutual recognition: we shall recognise the Palestinian state and they will recognise the state of Israel as it is, without definite borders. It would take a year to negotiate the major issues, among them the permanent borders, based on UN Security Council Resolutions 242 and 338. It would need another year to implement it.

What makes you think this initiative will succeed, considering that all others before it have collapsed?
When initiatives or projects fail, we learn from them why they have failed. The Camp David summit (between Ehud Barak, Yasser Arafat, and Bill Clinton) failed because they wanted to reach a final agreement. The Palestinians were to announce that they have no more claims against Israel. This made them put at the centre of the negotiations two issues without solutions: Jerusalem and refugees. In the agreement with Abu Ala, we first give them a state and then negotiate like two states. By doing this, we have drawn conclusions from our earlier failures.

What are your views on the fact that Prime Minister Ariel Sharon has disqualified Arafat as a partner in the peace initiative?
My view is that you have to change policies, not leaders. Israel cannot change leaders and we should not pretend otherwise. We cannot nominate Palestinian leaders; they will not be accepted by the Palestinians. So, instead of changing the policy-makers, we have to change the policy that was made. There is a group that believes that this should be done. All the people that I talked with, and Sharon talked with, all of them were not ready to topple Arafat. They want Arafat to change his mind. They don't want to betray him. Even when you say that there is an alternative leadership, they will not come forward. For they will be portrayed as people who want to cut down Arafat. And that's not their purpose.

The axis of evil is now the new doctrine of President George Bush.It looks like that the US is geared towards waging war against Iraq. What is Israel's position on this?
We were not asked to give our position, and we are not the decision-makers on this respect. We understand that the US is to demand resumption of UN inspection in Iraq. Let us see what happens. Israel is not in the business of urging war. We don't have to.

Do you consider Iran to be dangerous?
Not Iran, but the ayatollahs of Iran. They have never been elected and they are dictating the destinies of Iran. They have in their hands the military power and the financial power. Since they sit in small rooms, they think in the name of justice they have the right to kill and lie. It is a dangerous group. I don't think that the Iranians are happy with them. In the elections they voted against them. They voted for President Mohammad Khatami's policies, not Ayotallah Ali Khameini's. They voted for Khatami and he is responsible and accountable to those who voted him in.