‘We Are Going To Fight Both The Congress And The BJP’ 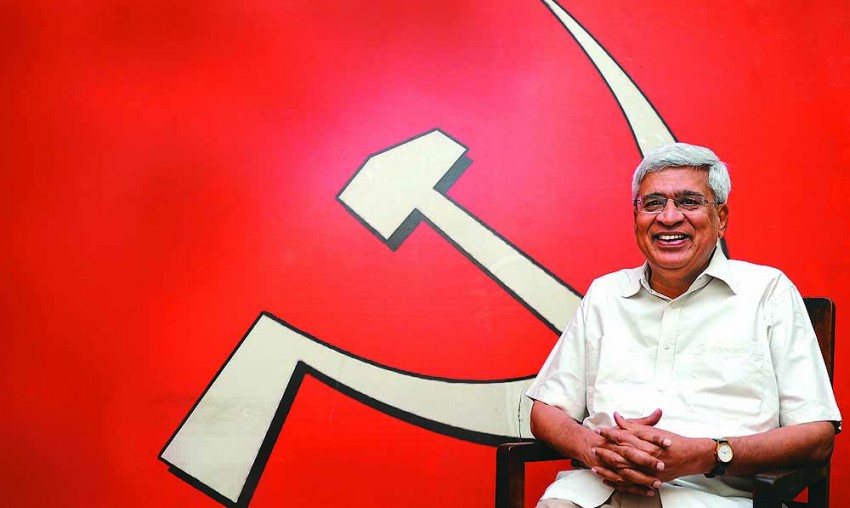 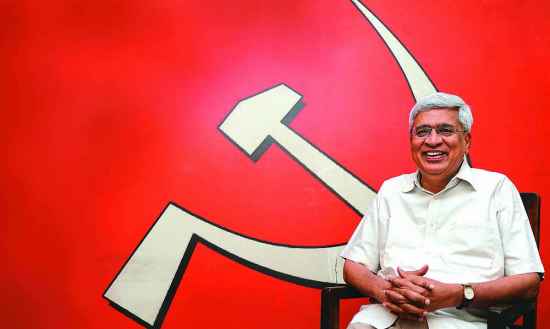 Pre-poll surveys have predicted no clear majority for either the UPA or NDA in the 2014 Lok Sabha polls. Therefore, the possibility of a third or an alternative front assumes importance. Declaring both—the BJP and the Congress—as enemies, Prakash Karat, general secretary of the Communist Party of India (Marxist), is however clear that the UPA government has to go. Speaking to Panini Anand, he hints at a larger Left alliance, especially in states like Bihar. Excerpts.

What is your assessment of the pol­itical situation? Who’ll form the gov­­­e­rnment in 2014, NDA or UPA-III?

The situation is marked by a steady decline in the influence of and support for the Congress, given the UPA’s record of misrule. The relentless price rise, corruption and total disregard for the people will cost it heavily. But the anti-Congress mood is not going to result in major gains for the BJP. At the most, it will strengthen itself in its traditionally strong states.

How do you explain the absence of a clear, focused opposition to UPA-II?

As I’ve said, the Congress is losing heavily and the BJP is not going to gain. The non-Congress, non-BJP parties have an important role to play. Naturally, it will be different forces in different states—there isn’t a focused opposition against the UPA. How they would come together, I can’t say; maybe only after the polls.

What about the timing of the Tel­an­gana announcement by the Congress?

From the election point of view, the Congress has taken this decision hoping that this will help it gain some seats in Telangana. Their outlook was really bad in Andhra Pradesh; now they have something going in Telangana.

“Results of the West Bengal panchayat polls were achieved through widespread rigging. It doesn’t reflect people’s will.”

The same question about timing is raised vis-a-vis the Food Security Bill. Is it a populist and a political move?

We don’t agree with the bill’s populist tag. We are criticising the government for not bringing it earlier, and also for the insufficiency in what they are bringing. In our opinion, food security should be universal as it is an essential, basic service provided to citizens of a country where there is so much poverty, malnutrition and hunger. Food is an essential right. Our criticism of the bill is that it’s inadequate; the bill is not sufficient to provide food security to the entire country.

Why is the Indian economy faltering? Why is it unable to recover?

That is why we are against the neo-liberal policy of Manmohan Singh’s gov­­e­rn­ment—the main reason we think it has to go. His policies have led to tremendous price rise. He has made policies to serve the interest of big business. Like the decision to double gas prices. He is only interested in bringing foreign supermarkets in India’s retail trade.

Some recent pre-poll surveys suggest that regional parties would play a crucial role in 2014? How do you see these predictions?

By and large, regional parties will give a better performance. But it will not be uniformly so, as the political situation differs from state to state.

Any possibility of an alternative front or third front? How stable would it be, keeping in mind the history of third fronts in the past?

There can be an alternative forged only if there is a common programme or set of alternative policies. The Left parties have put out an alternative policy platform. Given the fact that major regi­onal parties are concentrating on max­­imising their base strength, a new combination may emerge after the elections.

Don’t you think the Trinamool’s victory in the Bengal panchayat elections is another bad indicator for the Left? How about Kerala and other states? How many seats you think the Left could win in 2014?

The results of the panchayat elections, achieved through widespread rigging and manipulation of polls, do not reflect the people’s will. The ldf in Kerala will definitely make gains. Overall, the Left should be able to improve on its performance in the 2009 election.

“We are trying to bring all Left forces together. We are working with many of these parties, especially in Bihar.”

How do you view BJP’s Modi card? Is it the only face they have? Do they have any alternative? How effective could Modi be at the national stage?

Having Narendra Modi lead the BJP’s election campaign will highlight the Hindutva platform of the party. This will meet with an adverse response from wide sections of people. Moreover, the BJP will find it difficult to attract other parties to forge a broader alliance, which is essential for a bid for power.

But the Modi campaign portrays him as man who can deliver.

He may only help in galvanising Hin­dutva forces, but he is not going to have a wider appeal. Hindutva hardliners might support him; others would oppose him.

You recently said there were no per­manent enemies and friends in pol­itics? Were you hinting at a pos­s­i­bility of outside support to the UPA?

I don’t believe in such an approach. Our party has clearly defined who our enemies and friends are. In this case, we are going to fight both Congress and BJP.

So who are your enemies?

I have clearly stated: Congress and BJP.

And all others are friends?

All others...see, it depends on the situation. We have identified who are or could be our friends.

Don’t you think many regi­onal parties follow the same economic agenda and the style of functioning of the Congress and the BJP?

Be it Mulayam Singh Yadav, Mayawati, or anyone else?

Whoever. The Left has put forward its terms. There can be a common ground only on the basis of that.

You hinted recently that Mulayam Singh Yadav could  be a prime ministerial candidate. He and his party betrayed you during the confidence vote on the Indo-US nuke deal.

I have only stated that a prime ministerial candidate can be decided after the polls on the basis of the parties’ strength. Plus, there has to be a common programme. Whoever it is, it can only be on this basis.

Will you support the UPA to stop Modi from becoming PM?

As I said, the BJP is not going to be in that position. We want a non-BJP, non-Congress-led government. We’ll fight for it.

But you supported the UPA in 2004 to keep the BJP out.

It was an exceptional situation in 2004. Especially because of six years of NDA rule. We wanted to get rid of the BJP, and we wanted a secular government.

Leftist ideologues and academicians have recently gathered to discuss the need of a more comprehensive Left in the country. Is there any possibility of the Left parties forming a wider front that would include the CPI(ML) and others?

Yes, we are trying to bring all Left forces together. We are working with many of these parties.