Of couples who can look you in the eye and say, yes, I’m lesbian, and proud of it

A hush-hush commitment ceremony in buzzing Bangalore eight years ago seemed strangely naive, even out of place. No family from either side, no friends or relatives; just the two partners preparing to take the plunge. Silver rings and vows were exchanged, a cake was cut, and music wafted into the ears of the ‘bride’ and ‘groom’ through earphones leashed to a Walkman. After three months of int­ense dating, exchanging lengthy billets-doux on floppy discs, and guilt-free confessions on the phone, Smruthi Narayan, 30, was coming around to say ‘I do’ in the privacy of a farm on the city’s outskirts to, hold it, Shwetha Pai, 29.

They met and got close while in college in Bangalore. There was a period of long-distance courtship too when Shwetha moved to Chennai to study journalism. “On crowded weekends, I used to wangle a bus seat next to the driver’s at half the fare just so that I could go to Chennai to meet her,” recounts Smruthi of those heady days. As the relationship matured, the bright young couple shifted to Hyderabad and have now bought a house there. “We have already started making post-retirement plans. Shwetha is someone I want to grow old with,” says Smruthi. 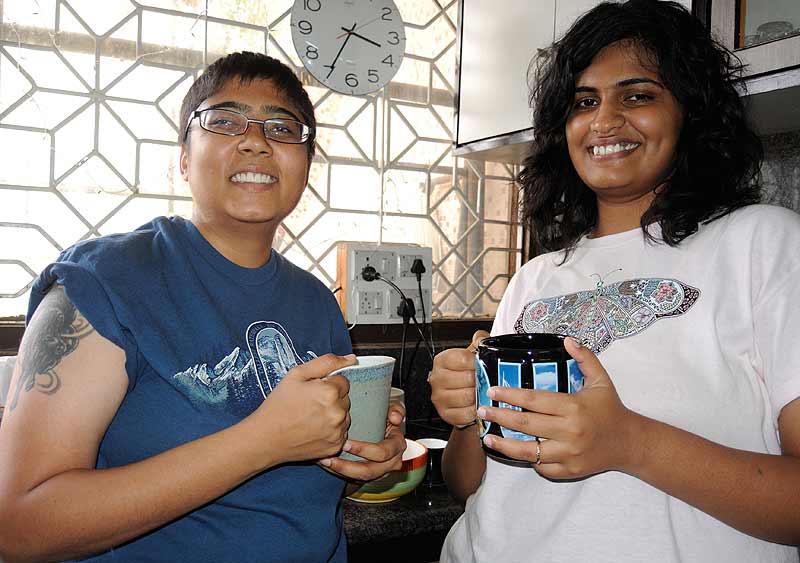