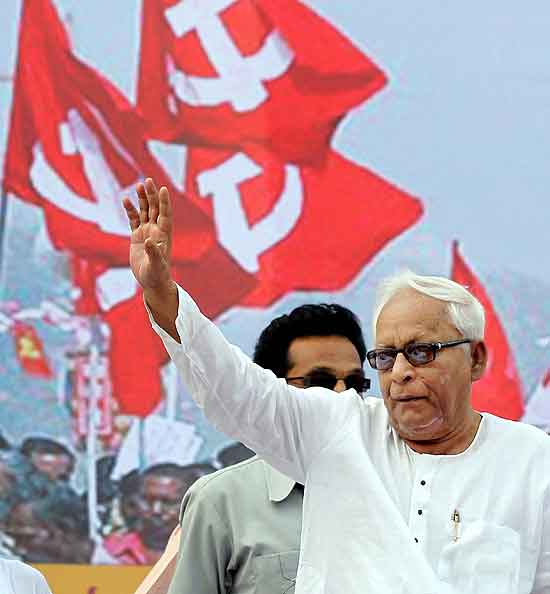 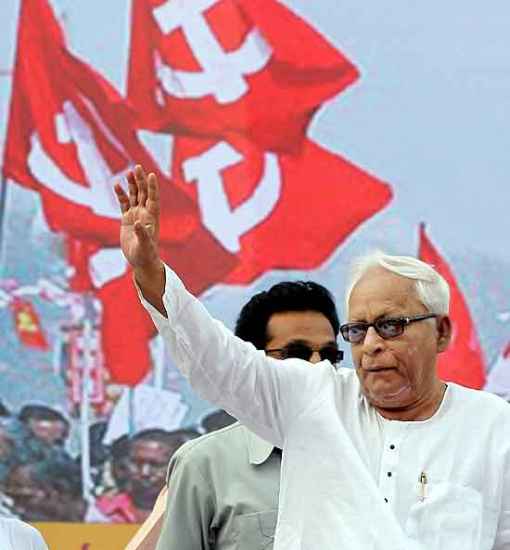 It can take years, even a lifetime, for a man perceived to have fallen from grace, to recover confidence trampled by defeat and reclaim the esteem in which he was held. Many who fall back do not recover from the loneliness of failure.

For former  West Bengal chief minister Buddhadeb Bhatta­cha­rya—who was held res­p­o­nsible for the convulsions in Singur and Nandigram, and on whose door the subsequent blame of the Left’s 2011 poll debacle was laid—the vindication has come less than two years after his fall.

In the last one week alone, Buddhadeb, who had virtually withdrawn into a shell, repeatedly refusing requests for interviews, has given lengthy, confident and combative interviews to two Bengali TV channels.

He has also in recent weeks delivered fiery speeches at CPI(M) rallies in rural Bengal, where he had lost much credibi­lity ever since the Trinamool Congress poll campaign painted him as an anti-poor villain out to grab farmers’ lands and hand it over to profiteering industrialists. Those potent accusations, coupled with differences with his party colleagues, had evidently  told upon him.

But things are changing. Buddhadeb has not looked this pos­itive since his glory days in the early 2000s. “His body language—the confident stride and beaming countenance—is reminiscent of the times which will be remembered as his ‘do-it-now’ days,” says political commentator Tarun Gan­­guly.

Clearly, the myriad failings of the Mamata Banerjee government is at the root of Buddhadeb’s renewed vigour. This is especially true in the area of ind­u­strial development, which was the for­mer CM’s most important agenda.

Buddhadeb’s re-emergence followed an industrial meet in mid-January 2013 organised by the Bengal government in an attempt to attract industrialists. Named Bengal Leads, it turned out to be a resounding flop that failed to att­r­act even one big-ticket industrialist.

“Which industrialist in their right mind will invest in this state?” thundered Buddhadeb at a rally soon after, throwing the question at a gathering which was reminded repeatedly that had Mamata not chased out Tata Motors, the state would have been reaping the benefits. “Why should any industrialist come to Bengal?” he continued. “To witness the madness that has been unleashed upon us here?”

The reference was as much to the all­eged whimsy of Mamata—as reflected in a spate of shocking incidents, including several arbitrary arrests, threats to ‘whip’ policemen and ‘slap’ photographers—as to the state’s ‘imp­­ossible’ ind­ustrial policy. Indeed, saying that he did not believe Mamata to be symbol of honesty, he invoked a dire future  in his two interviews. “Set aside the CPM, set aside Tri­namool. You ask where the state will stand after five years. Where will the children of this state go?”

Making things worse, the TMC government has ruled out any state help in acquiring land for setting up industries.

CPI(M) Politburo member and former industry minister Niru­pam Sen told Outlook, “In Bengal, where it is difficult to find large tracts of land owned by any one individual, it is next to impossible for an industrialist to acquire land without government intervention, as it would entail going from one farmer to another who own small plots of land. In Nandigram and Singur we were in the process of doing that when the Opposition movement stopped us.”

There are other impediments to ind­ustry too. The TMC government has declared that it won’t accord sez status to any industry, forcing companies like Infosys to rethink their decision to invest in Bengal.

The gathering force of the TMC’s ineptitude in attracting industry couldn’t come at a better time for the CPI(M). Panchayat elections are in two months and the ‘no-industry means no-jobs,’ message is being spread in the hope that Mamata’s populist land policies will be exposed for what they are: neither pro-poor nor pro-people.

The example that Buddhadeb repeatedly cites is Singur. Farmers there feel they got a raw deal by joining Mamata, who still hasn’t been able to keep her pre-poll promise of returning their land, a move that remains mired in litigation. “We made a mistake by joining her movement,” declares a Singur farmer. “If the Tata factory was here it would have been good for us economically.”

Clearly, Buddha has the satisfaction of one who foretold the future.