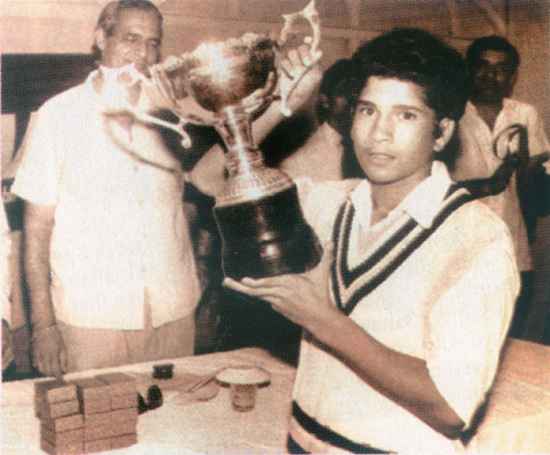 There was such poise in his presence, such power behind his shots, such assurance when he stood at the crease. And to think he was not yet 14 then. Sachin Ramesh Tendulkar already had a halo surrounding him, scoring so many big hundreds that it astonished the bench when he failed. The year was 1987, and in Mumbai’s cricketing circles, he was already a future superstar. My memory quite vividly tells me, in one of the school matches at Azad Maidan, he won us a game almost single-handedly, scoring 178 not out. He drove with precision, cut and pulled with elan. He not only took on the bowlers but also the crowd which had come to support the local school team, Anjuman-e-Islam. He epitomised the Mumbai cricketer’s attitude from then, not ceding an inch to the opposition. After the game, we went for Top Gun at Regal theatre. We celebrated our win, had some fun, then caught a train and went back to Shivaji Park for practice. What amazed me about Sachin that day was how easily he switched roles, an aggressive, mature cricketer on the field and a total teenager off it!

Years went by and from a promising youngster he became the heart-throb of Indian cricket, the mainstay of India’s batting. In 1999, before Sachin left for the World Cup we friends decided to meet up over dinner at my place. Deep in conversation, I was astonished that he could remember all his hundreds in school cricket, even the mode of dismissal and the bowler he got out to.