Was It Just A Mirage Then?

With the economy in a bind and the government clueless and apathetic, the Indian middle class sees its dreams unravel 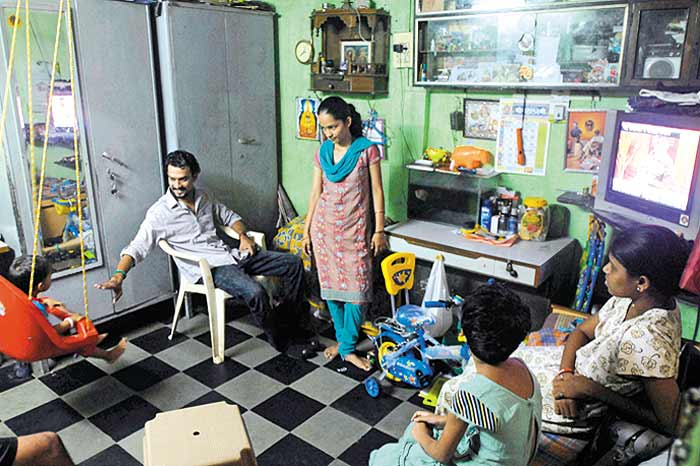 “They talk about subsidies, yet all oil companies are making horrendous profits. If there are losses, it should reflect on the balance sheet,” says Delhi-based Rajesh Dixit, an assistant manager with an insurance company, angrily. This anger is not without reason. While Dixit (the man featured on the cover of this issue) struggles to juggle his household budget—already burdened with the expense of sending two children to school and poor savings that are inadequate to fund a house of his own—the ‘unjustified’ Rs 7.50 hike in petrol prices has got this affable-looking fellow real mad. 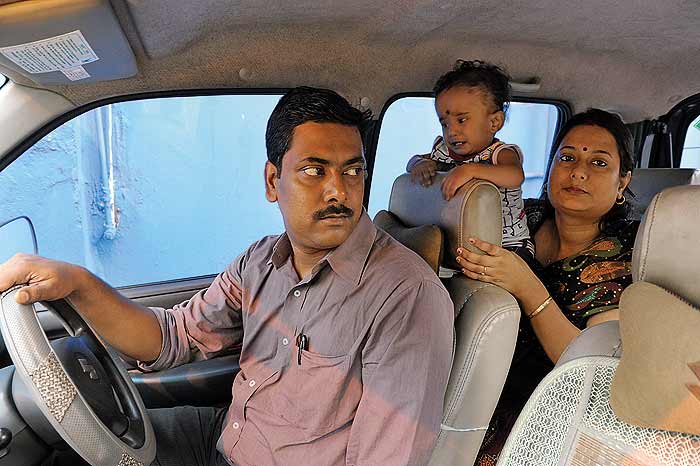 Mr & Mrs Labdha Bijoy Choudhury Calcutta
A manager at Alstom, Choudhury’s family survives on one income after wife Shilpi quit on the birth of their son. They pay EMIs on a home and car loan, and are unhappy about the likely axing of LPG subsidy and raising of petrol prices. “I bought a car but feel guilty about using it,” he says.

Why should middle-class families like Dixit’s be penalised by higher petrol prices when the government fails to provide the rationale for the fuel price hike at a time when crude prices are easing? That’s a valid question many people are asking, adding carefully that it’s not a demand for relief for ‘rich’ car-owners. Millions of people in the low to middle class group use two wheelers, or have just graduated to buying their first car. They pay their taxes (a mammoth 89 per cent of income-taxpayers earn between Rs 2 lakh and Rs 5 lakh per annum) and aim for a better future on tight budgets and big dreams. Why should these people be clubbed with India’s 50-million rich and 1,70,000-strong super-rich categories?

The latest petrol hike has fuelled the feeling that while the rich receive tax sops and the poor are cushioned by subsidies (often inefficiently delivered), the middle class is, yet again, being taken for granted. “This petrol hike situation is bizarre,” says the head of a leading brokerage and investment firm. “The oil companies first argued decontrol, then said control and instead of hiking the price at a 50-paise basis, they’ve gone and done it in one shot. Who isn’t going to protest a Rs 7.50-hike at one go?”

Dixit is not among the hundreds staging protests or resorting to arson in response to the national bandh call by the Opposition parties against fuel price hike. But one thing is clear: a sense of anger, frustration and helplessness seems to be gaining ground among millions of middle-class families as the GDP growth slows to 6.5 per cent in 2011-12 fiscal—the lowest since 2003-04 and a sharp fall from levels closer to 9 per cent during the earlier period of the UPA government. For the generation that benefitted the most from the economic reforms, the last two years have brought home a new, worrying reality. Always under pressure, now their dreams and aspirations are under threat. Indeed, the impression is growing that their future is being sacrificed at the altar of power politics.

One may dismiss these outpourings as typical middle-class whining. But are they unjustified? Take Gurgaon, touted as Millennium City, which often has to go without power and water supply for long hours—even 24 hours—while waste disposal and other civic infrastructure continue to be missing. A survey across the country would reveal that many cities, including Jaipur, Agra, Patna, Thiruvananthapuram, among others, are sadly lagging in civic infrastructure.

And when it comes to sops for enterprises or subsidies for food and cooking fuel or even access to education, guaranteed employment or healthcare insurance schemes, the lower middle class doesn’t even get a peek in. The latest quarterly survey by the RBI (see graphic) shows that consumer optimism about the future is dipping. “Earlier we bought things by looking at the brand,” says Prabha Jha, a resident of Ghaziabad. “Now we buy looking at the price and always wait for a sale.” 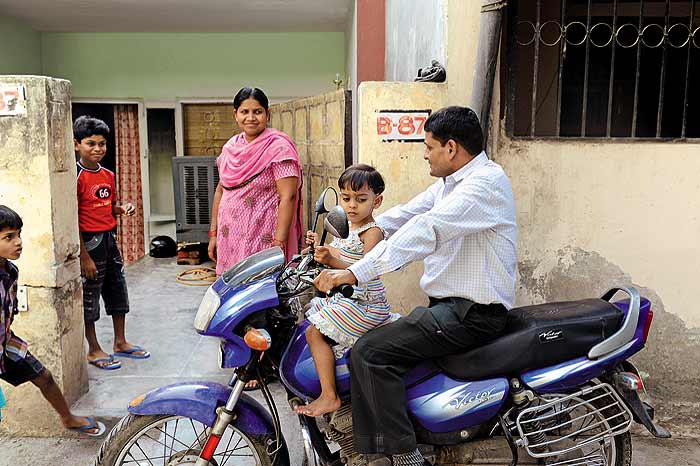 Mr & Mrs Rahim Khan New Delhi
A maths teacher who earns Rs 3 lakh annually taking tuitions, the biggest challenge for Khan is ensuring a good education for his own four children. “Though there are many scheme for us, they remain out of reach. For everything you need ID proof, or a bribe.”

Prabha’s dilemma is echoed by the cross-section of people and families Outlook correspondents spoke to across the country. From high food inflation, escalating prices of most household items to double if not three-fold hike in school and college fees, rising transportation and utility bills to more expensive services—most families have now started feeling the pinch. “Even affluent people have started discussing these increases over drinks often enough over the last few months, so one can just imagine what the impact is on the low- to mid-income segment,” stresses Anirudha Dutta, executive director, CLSA.

And they are a huge number. By conventional definition, the (largely urban) middle class ranges between 160 million and 300 million people. If you include a larger definition—middle-income families that include people who earn between Rs 45,000 and Rs 2 lakh per annum (think office boys and masons, drivers and maids, among others)—then the number of people goes up to more than double, to 600-800 million people. This segment has the greatest stake in the economic growth of India—and they are feeling insecure about their future.

A combination of external factors—and a lack of confidence domestically—have put the India story under pressure. A few hard facts on the ground show why:

In fact, the middle class has been taking a battering since the economic slowdown in 2008, its first real post-liberalisation shock. India’s opening up to foreign goods and access to easy credit have over the last few years fuelled demand for branded goods. With the pressures of everyday living eating into discretionary funds and the cost of credit having gone up, the budget for mall-hopping today has shrunk. “The consumption growth (that fuelled economic growth) was driven by expectations of future growth. While expectations have grown on anticipation of income rise, the growth has clamped down, so there is bound to be anxiety,” says Vibha Paul Rishi, executive director, brand and human capital, Max India Group.

The problem is, the middle class has been left to fend for itself—and no one is talking to it as the political system continues to ignore this constituency. Santosh Desai, social commentator and CEO of Futurebrands India, says that the UPA government and most parties across the spectrum send out the signal that the middle class does not count as a votebank. “They feel that with the group not being significant in number, why listen to their whining. It is also never clear whether their anger is real, and if so, is it temporary,” says Desai.

However, social activist Nikhil Dey thinks one cannot blame the political class for not taking the urban middle class very seriously, “as it has not shown any propensity to keep to any issue in a sustained manner”. In fact, a common observance of the middle class is that it has a magnified sense of self and a perceived sense of neglect. This class of divergent people rarely comes together as a force, and their sense of power does not get translated into electoral power. 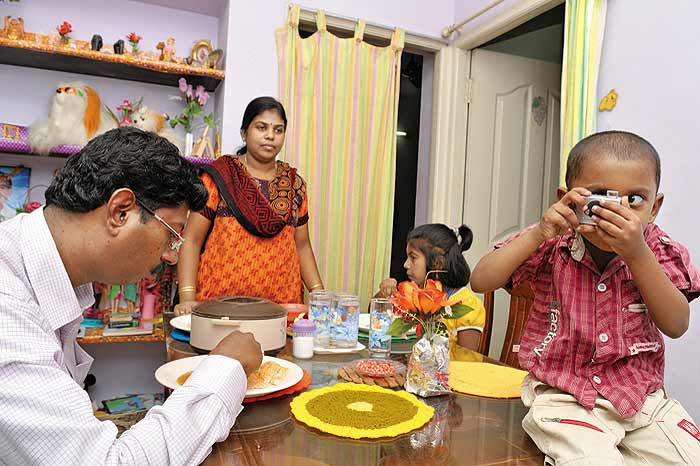 Mr & Mrs Balasubramnian Chennai
A sales executive in a software company earning Rs 8 lakh a year, he finds it increasingly difficult to save for the education of his two children. “I’m most upset about the rising fuel prices,” he says. “Earlier, I’d spend Rs 5,000 a month on fuel, then Rs 6,000. Now, I’ll pay an extra Rs 1,000.”

But the Anna Hazare-led movement against corruption last year put a lie to that notion. It was an indication of the middle-class’s need to find a political space. Middle-class activism also gained strength on online forums and via NGOs. Sadly, the enthusiasm remained shortlived, and like the television TRP, middle-class activism too disappeared soon from the radar, making it convenient for the political class to shift focus.

And in the current economic scenario, when there is no threat to life or livelihood, it seems unlikely that the middle class will push for a long battle, including against corruption—though inflation remains a concern. According to this point of view, with growth in most sectors having flattened, it is directly impacting rise in salaries and leading to “some frustration”.

Other observers feel that the middle class has no reason to be optimistic as the government continues with populist measures in the name of inclusive growth. That’s the reality in a country with so many poor people. Diplomat-author Pavan K. Varma feels the middle class is facing a double jeopardy. “When the economy slows down, the middle class, which has been the beneficiary of higher growth, is likely to be the first to be hit. And it is precisely during such times that the government’s focus shifts to the larger population of poor to ensure benefits reach them.” But, as Usha Ramanathan, an expert on development and poverty issues, says, while several policies are formulated for the poor, they are not implemented properly and as such the benefits rarely reach them.

At the root of the present crisis is the government failure to carry out the promise it made in its 1991 budget: of administrative reforms, as also ensuring social protection and quality of employment. “The assumption that we will collect from the people and spend on the people is at fault as the rich are always seeking ways to dodge taxes. There is no political will to charge the rich high taxes,” says Dr Indira Hirway of the Ahmedabad-based Centre for Development Alternatives. She cites the resistance to Right to Education as an example, with the middle class thwarting the attempt to uplift the lower classes and be included in their domain.

This resistance apart, the competition for the limited number of seats in good schools and colleges is becoming tougher, with more and more youngsters from poor families using the education ladder to better their lot. This is the same route used by the yesteryear lower middle class, particularly with competence in English, to chart success stories, points out Ajit Balakrishnan, the chairman of Rediff.com. As democracy deepens, the middle class, Balakrishnan says, will feel “more anxiety-struck” as people from financially weak backgrounds will become more aware and seek better opportunities.

Under pressure on all fronts then, this is a fresh moment of trial for the middle class. With such poor mood, the economy will go through some turbulence. Many say the Indian middle class—dogged, resolute and always optimistic—will eventually prevail. If that sounds a bit like the “India story”, the middle class (complaints and all) will continue to bear that cross.

Death Of A Dream