Warding Off The Eye 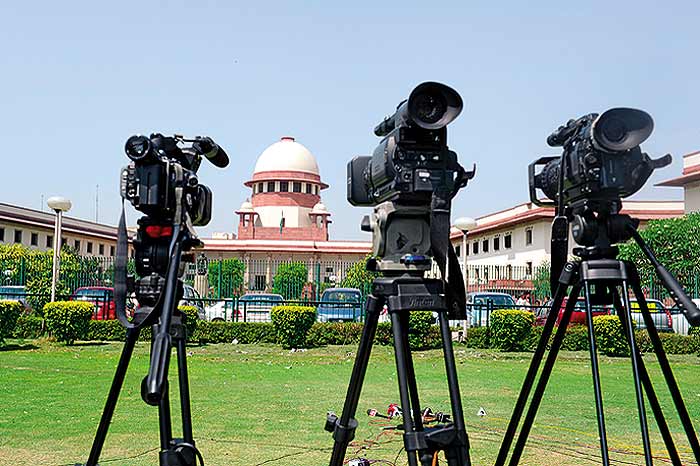 The Problem Of Too Much Attention

Over the last couple of days, two pillars of democracy have decided that the media must be kept on a leash. First, the Lok Sabha secretariat declared that the media would not be allowed in the vicinity of parliamentary standing and joint committee meetings. Reporters usually hang about for informal briefings from MP acquaintances—it’s the life-breath of in-depth coverage of Parliament. Media professionals wonder if the unprecedented order is timed to prevent reporting on the three defence chiefs’ appearance before a parliamentary committee, slated for April 20. Second, the Allahabad High Court prohibited the media from writing or reporting further on the sensational news of troop movements towards Delhi on Jan 16-17. The Union i&b ministry followed up with an advisory seeking strict adherence to the court order. The two restrictions come even as the Supreme Court is mulling guidelines for law reporters covering it.