The two affidavits (below) and the furore that they have unleashed 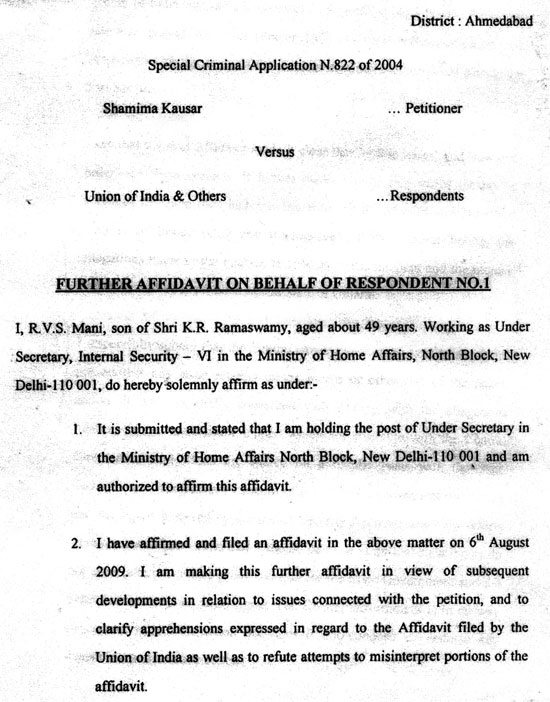 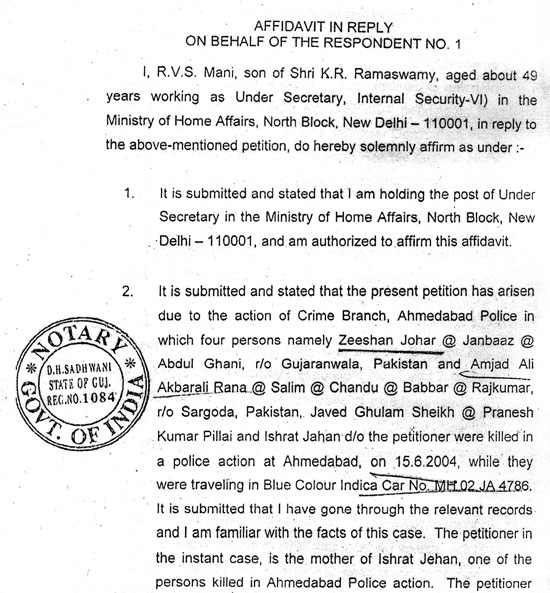 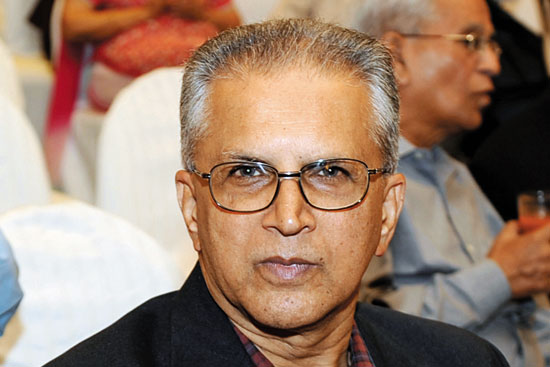 “It was a trap and a successful operation. Intelligence agencies had managed to lure the LeT to send its terrorists to India… One affidavit in 2009 said these people were LeT operatives and in the other affidavit that aspect was deleted. It was done at a pol­itical level...”

Counterpoints: Why exactly would intelligence agencies lure terrorists? And if they indeed did have the capability, why would they not arr­est them? Did Pillai place his objections on file ? Is his admission now proof that the encounter was indeed staged?