War Fare To Feed On

Pakistan would never admit it, but its glorious war achieved precisely nothing 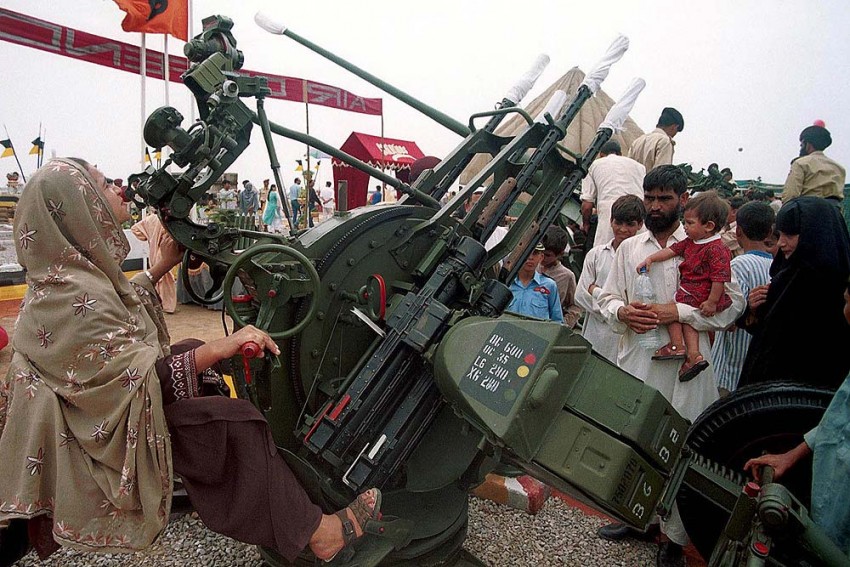 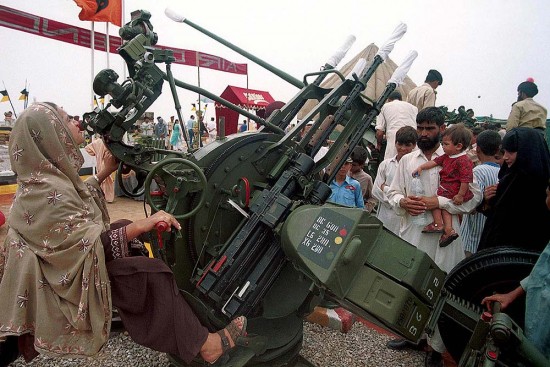 Every nation has its myths, and military mythology is particularly hard to dislodge. As far as the Pakistan army is concerned, the 1965 war with India is the one to be commemorated, its fighters venerated. As for the other wars Pakistan has been involved in (all with India), the ’47-48 war (also) over Kashmir) was inconclusive; ’71 a disaster, never cited except as enduring proof of India’s bad intentions.

The ’65 war was one in which Pakistan had its military moments and some gen­uine war heroes which has enabled the army to claim victory. In broad terms, it is a familiar story of a smaller but brave army holding off a much larger force. The myth is broadly:

As with all myths, there are small elem­ents of truth. If you ask the common man on a Lahore or Karachi street about ’65, their reply would be very likely along those six points. The fact that this is so partly demonstrates the success of Pakis­tan’s superior PR machine at the time. But the main reason for the enduring power of myths is that people want to believe them; they are reassuring and uplifting. Hard inconvenient facts are depressing and borderline unpatriotic.

Amongst a small but growing number of Pakistanis, however, there is inc­reasing recognition that the war achieved precisely nothing and came close to a disaster. The Pakistani economy (which had been performing well since indepen­de­nce) never really recovered. Its foreign relations, particularly with the US, also did not recover till the ’80s. The physical military losses (particularly in armour) meant that six years later after this war, India scored a crushing victory which led to the creation of Bangladesh.

But this isn’t what those celebrating September 6 rem­ember. They celebrate this day as the defence against what they view as an unjustified attack by India. The cause of the war itself is relatively straightforward—over the future of the state of Kashmir. It is almost impossible to exa­ggerate the degree to which Kash­mir dominated the Pakistani establishment’s view not only of India but all its external relations, and in hindsight, it was predictable that if Pakistan ever felt confident enough, it would attempt a military solution to Kashmir. 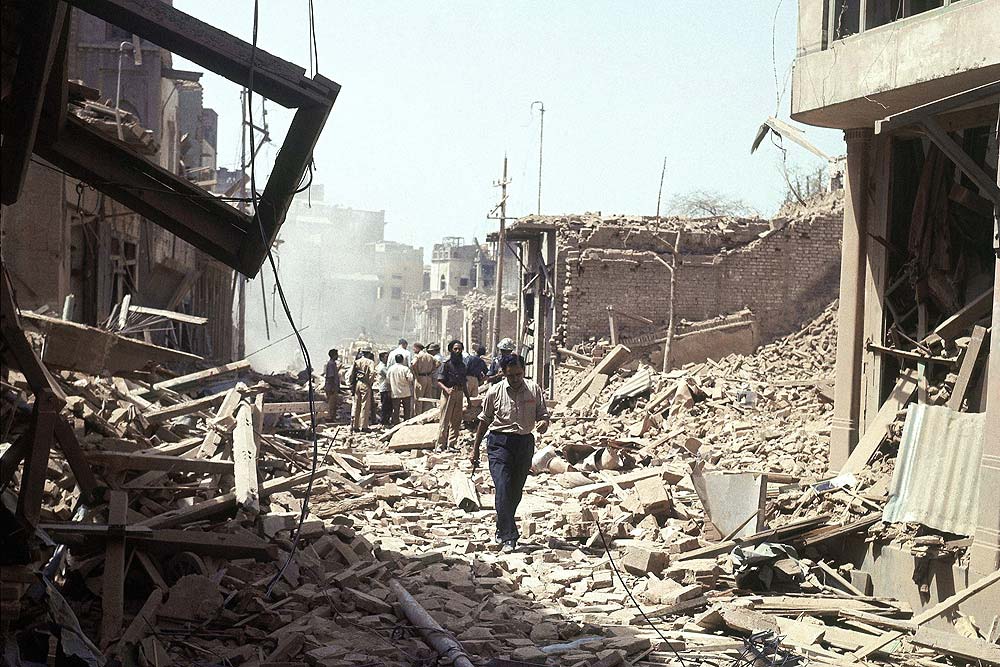 In fact, it was in ’65 that Pakistan was feeling that sense of confidence; its eco­nomy had done well for the last few years and it had had a relatively stable government since General Ayub Khan’s ’58 coup. India was facing econo­mic problems, and Nehru, one of the giants of the independence movement, had recently died. Pakistan felt confident that, thanks to a dec­ade of US military and economic aid, they could succeed against India in a short local war in Kashmir. Foll­owing India’s defeat by China in ’62, they had begun a major rearmament progra­mme which would have meant that by ’70 the military gap between India and Pakistan would have been hugely in India’s favour. Hawks in the Pakistani establishment arg­ued that if no war was fought soon, any military solution would become impossible. Pakistani foreign minister Zulfiqar Ali Bhutto was a leading advocate of early military action and a hugely influential figure in Ayub’s cabinet.

A limited series of skirmishes on the border between Sindh and Indian Guj­arat in the Rann of Kutch began in early ’65. India was fighting at a logistical disadvantage as its supply lines ran thr­ough a large desert and supplying a large number of troops on the ground was near impossible. Pakistan had tro­ops near the border and was able to mobilise quickly. Its army established a military advantage in the skirmishes and after international pressure, both sides agreed to stop fighting and agree to binding arbitration. The main conclusion Paki­stan drew from the conflict was that once it had a military advantage vis-a-vis India, the international community, esp­ecially the US and UK, would persuade both sides to stop fighting and agree to some form of final arbitration.

In early August, Pakistan sent into Ind­ian Kashmir thousands of soldiers and paramilitaries in a plan codenamed Ope­ration Gibraltar. It managed to take India by surprise for a few days, but as time went on, the guerrillas were outgunned and did not receive the cooperation they needed from local Kashmiris.

To support the flagging operation, the Pakistan army sent regular armour and artillery into Indian Kashmir tow­ards Akhnoor on September 1. Pakistan sho­uld have been prepared for the Indian decision to relieve the military pressure in Kashmir by an assault on Lahore acr­oss the international border on Sep­tem­ber 6. Instead Pakistan was cau­ght off guard. Pakistan officially dem­an­ded on September 6 that the US honour its promises to defend Pakistan in the event of Indian aggression. The Pakistan government was aware that US military aid to Pakistan was to defend against Communist aggression and, at its most generous, if India launched a completely unprovoked attack on Pakistan, the US could have been asked to assist.

Unfortunately for Pakistan, what the US saw was Pakistan using American weapons against a non-Communist country and, worse, using the Chinese threat to force India to the negotiating table. This infuriated Pre­sident (Lyndon) Johnson and rather than provide Pakis­tan any aid, he ordered an arms embargo on both India and Pakistan on September 8. This was a move far more damaging to Pakistan, given its almost complete reliance on US weapons and spare parts.

Just as damagingly for Pakis­tan, John­son decided the US would not take any political initiative and left it to the UN. This was a huge blow to Pakis­tan as India was sure to get support from the USSR, the other Security Cou­ncil biggie. Bhutto and Ayub expressed great indignation but then they knew the terms of US aid and should not have expected anything else.

After a series of blunted offensives by both sides in the next two weeks or so, the war had by September 20 reached a military stalemate. Pakistan wasn’t able to replace its military equipment and India seemed unable to press home its advantages. On Sep­tember 22, both sides honoured a UN resolution for ceasefire.

Within West Pakistan, the per­iod from September 6-22 unleashed a fervour of patriotism. Neighbour­hood committees sprung up to watch out for enemy spies and to ensure bla­ckouts were strictly obs­erved. Even the regime’s political enemies swung behind the war, the press was unanimously sup­portive and Noor Jehan sang some of her best songs. Pakistanis looking back rem­ember fondly the sense of unity and purpose the war created. So it was with a sense of bewilderment they greeted news of the ceasefire as this was a war Pakistan was meant to be winning. Ayub and Bhutto said they had agreed to the ceasefire with promise of meaningful negotiations over Kashmir; the truth was no one had made any such promise.

Both India and Pakistan agreed to the Soviet offer for peace talks in Tash­kent in January ’66. With trepidation, Ayub and Bhutto went to Tashkent, hoping India would make concessions on Kashmir. Of course none were made, the Tashkent agreement simply agreed for both sides to move back to their respective positions prior to the war. Bhutto, under heavy criticism for miscalculating the international mood, reinvented himself as someone who opposed the ceasefire and the Tashkent declaration. This portrayed Ayub as the sole culprit of the miscalculations and reluctance to fight on.

Given the inconclusive outcome, both sides claimed victory. The fog which so often descends once a country is at war has still not fully lifted on the subcontinent. All countries like to rew­r­ite or sel­ectively remember their history. Pakistan is no exception; what it rem­em­bers above all is that it fought a fierce war with India and did not lose. That’s a victory of sorts but not why it went to war.

(Farooq Bajwa is the author of several books on Pakistan, including From Kutch to Tashkent, on the ’65 war.)

The War We Forget