Calls for closeness by the US have to be weighed well, avenues of autonomy kept open 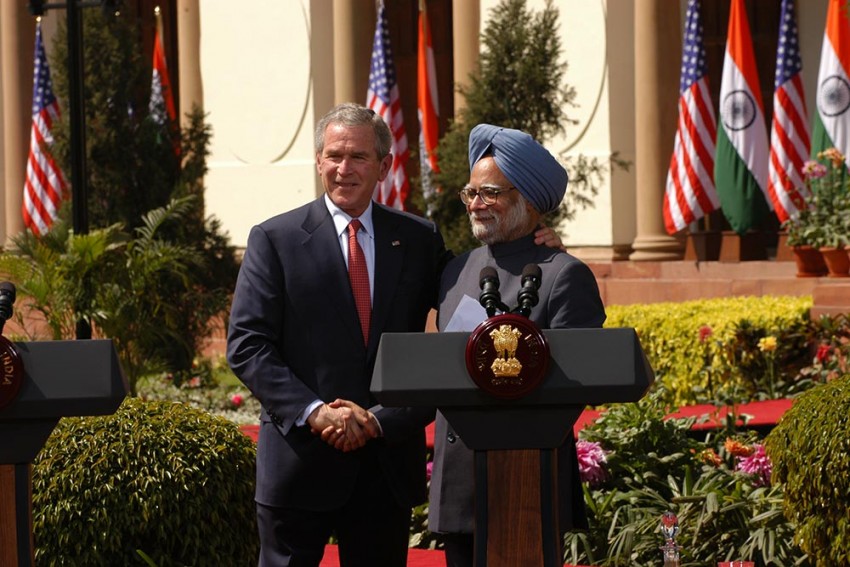 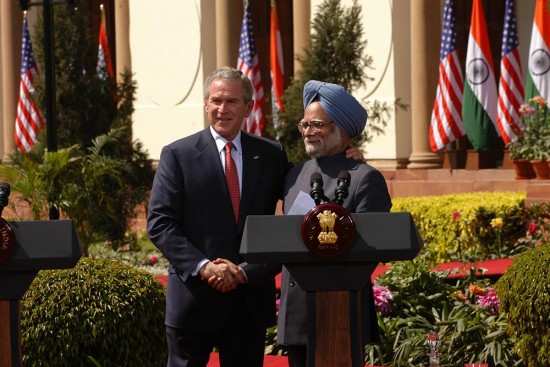 The extent to which India is to lose its independent thinking and sovereign foreign policy in its attempt to cozy up to the United States is a debate that has remained relevant to the Ind­ian political discourse for over a decade now.

Almost since 2005, when India signed the new defence framework for forging a closer relationship with the US, enthusiasts in South Block argued that the 10-year agreement was a guarantee to the pledge made by the then American President, George W. Bush, to help India become a major world power. Many others remained either sceptical or outright hostile to such overtures.

As Washington and New Delhi moved closer and widened their area of cooperation to a varied range of areas, debate within India got sharper, with sections opposed to such a tight strategic embrace of the US resorting often to desperate measures to thwart the deepening of ties. Most famously, this came to the political centrestage in 2008, when the Left parties, which were crucial to the survival of the Congress-led UPA government, withdrew support opposing the Indo-US nuclear deal, forcing the ruling alliance to seek help from newer sources to tide over the crisis.

Since last week, the debate has revived, as the strategic community analyses the full import of new American ambassador Kenneth Juster’s maiden speech in Delhi. But it is not the five broad parameters outlined by Juster on which future India-­US relations are likely to hinge that is the talking point. Rather, it is a proposal of India and the US deputing officials in each other’s combatant commands, prompting the old question if this was a precursor to a military alliance.

“This proposal has been there for nearly 10 years,” says C. Uday Bhaskar, director, Society for Policy Studies, while pointing out two dimensions in the proposal that require careful study. “One is obviously the superior technology of the US from which India can benefit significantly. But the more imp­ortant dimension is the political signal such a move sends out,” adds Bhaskar.

A former ambassador to the US also ack­nowledges that there is nothing new about the proposal but points out that it indicates how under successive Ame­­rican regimes strengthening ties with India continues to gain priority. “Let us make the most of this opportunity,” says he.

Under the Narendra Modi government, India has moved closer to the US. Indeed, Modi has made a record of sorts—for making the maximum number of trips to Washington among all Indian premiers, with nearly one-and-a-half years of his term remaining.

Like his predecessors, Trump too has been enthusiastic in pursuing strong ties with India and has frequently highlighted some of New Delhi’s concerns, particularly cross-border terrorism emanating from Pakistan, and has threatened to cut off aid to Islamabad unless it mends its ‘deceitful’ ways. Juster’s speech reiterated that position, even as he hinted at a closer defence alliance with India.

“I think the Americans are serious in making this suggestion,” says military historian Sri­­nath Ragha­van in reference to Juster’s proposal. “They see it as an important step forward in military cooperation with India,” he adds. How­ever, it leaves Ragh­avan sceptical, especially about what it means to the fut­ure of India’s sov­­ereign decision making.

India might have a place in Centcom, but will it like American presence in one of its command centres?

In real terms, what would deputing officials at each other’s combatant command mean?

While for India it may mean privileged access to the US’s Centcom—that looks after a vast stretch of area from the Horn of Africa through the Gulf region to Central Asia—questions remain on whether it can play any meaningful role in decision-making in a military command with ties with other nations, inc­luding, significantly, Pakistan.

“We need to ask ourselves if we desire that kind of a close military nexus with the US. In particular, we need to think about longer term implications. Do we envisage strategic convergence with the US in all areas of direct concern to us?” says Raghavan.

He points out that nothing in the history of US-India relations suggests such a perfect match of interests. “We should also not lose sight of the fact that while the exchange of officers will be mutual, the US will be far better positioned to shape our strategic assessments and approach than we can expect to do with them. This will be tantamount to a formal alliance with the US, without the benefits that accrue to American allies.”

On its part, South Block took careful note of Juster’s speech, but has not yet shown public enthusiasm on the exchange of officials at each other’s combatant commands. A senior Ind­ian diplomat says that while the proposal had been on the table for a while, nothing suggests that it is likely to take place in a hurry. Though closer than ever to the US, there aren’t any indications that India is seriously thinking of entering into a military alliance.

Interestingly, while the American envoy made all the right noises and played to New Delhi’s ego by referring to it as a “rising power” and desc­ribing the erstwhile Asia-Pacific region as “Indo-­­­­Pacific”, he remained ambiguous on India’s role in this crucial region that not only houses most of the world’s fastest evolving economies, but also offers itself as the main corridor for global trade and commerce.

“This is not merely an attempt to flatter us, but to coax us into playing a more active role in areas that matter to the United States,” says Raghavan.

Though it has not been spelt out, adm­inistrations in Washington and New Delhi seem to be most actuated by trying to find the most effective way of dealing with a “rising” and “assertive” China. For the US, China remains the ultimate rival and competitor for global dominance and influence, and Washington has been avidly scouting for key players in the region like India that could play a meaningful role in keeping Beijing’s rampaging assertiveness at bay.

India continues to maintain a balance in its approach in dealing with China, while steadily strengthening its ties with Washington. But after the Doklam crisis, Sino-Indian ties have reached a new phase, where both sides are enaged in making a more realistic assessment about the relationship.

“Relations between China and India are  unlikely to improve significantly in the foreseeable future,” predicts Bhaskar, while pointing out that the post-Doklam rapprochement between the two sides is likely to face a serious challenge by the end of the year, as Chinese President Xi Jinping consolidates his position further.

But former Indian ambassador to Moscow P.S. Raghavan points out that what Ambassador Juster talked about is the defence relationship reaching a level when eventually there may be military liaison officers in the command headquarters of each other. “We are not anywhere near that stage as yet; hence, neither China nor Russia needs to react to such a possibility,” he adds.

Yet concerns emanating from such a future possibility aren’t dispelled easily for, as Srinath Raghavan points out, it’s “fair to say that the Modi government has taken India into closer embrace with the US than any previous government”.

If India does move further in the direction of Juster’s suggestion, it would not only be seen as a departure from its policy of strategic autonomy, but would also make the Russians wary of cooperating with India. Even if India were to move in this direction, Raghavan rem­ains sceptical about the outcome. “Whether or not this has any strategic pay-off for India is unclear,” he says.

Despite similar apprehensions in the past, India has managed to use its growing ties with the US to gain more strategic space and options for itself. In the prevailing atmosphere, as most countr­ies continue to hedge their bets, there is little to suggest—the occasional rhetoric notwithstanding—that India would trade its autonomy for America’s promise to help it achieve global power status.