Ramdev’s Rs 1,100-cr empire raises its own set of controversies 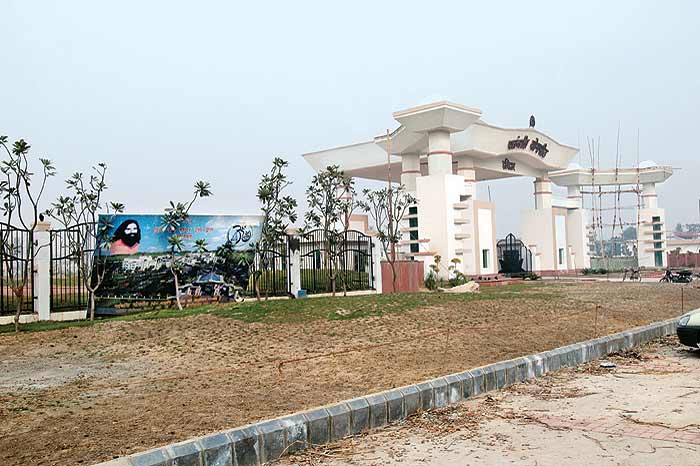 Having unleashed the ongoing anti-corruption campaign, Baba Ramdev, one of its principal architects, now finds himself under the scanner. Allegations of misdeeds against him and his associates are mounting by the day even as the yoga guru continues to try and arm-twist the government on recovering black money stashed abroad. Given this scenario the question on everyone’s mind is: how did Ramdev, who moved around on a bicycle about a decade ago, build a Rs 1,100-crore empire without black money? “This is something that has to be investigated,” says Baba Hathyogi, spokesperson of the Akhil Bharatiya Akhara Parishad, an apex body of sadhus.

Top on the list of allegations is that money donated to his trusts (which is tax-exempt) has been funnelled by Ramdev to launch over 40 profit-oriented private firms that deal in herbal therapy, organic food and even broadcasting. While these accusations are yet to be substantiated, there is evidence of how Ramdev and his associates tried to evade stamp duty on land purchased in Haridwar. Papers available with Outlook show that the Haridwar SDM court had in August 2010 ordered Patanjali Ayurved Limited (PAL), one of the myriad firms in his empire, to cough up over Rs 45 lakh for failing to pay the required duties. The firm had countered that the purchased land was meant for cultivating ayurvedic plants—a farming activity. But the local administration found no farming done on the plots. The baba’s spokesperson, S.K. Tijarawala, couldn’t be reached by phone and did not respond to text messages.

The Haridwar-based Yog Gram, a resort promoted by Ramdev, is also embroiled in controversy—for illegally occupying plots of around 43 bighas. Occupied for nearly four years now, they lie scattered across the Yog Gram campus and belong to the neighbouring Aurangabad gram sabha villagers. Now infrastructure has been built on it, which has led to the villagers agitating. Finally, in May this year Ramdev was forced to offer land elsewhere in exchange, but the locals aren’t biting. As villager Ajab Singh Chauhan says, “We want our land back and we demand that the infrastructure on it be pulled down.” Haridwar SDM Harbir Singh feels the counter-offer came too late. “Maybe he was too busy to think of it,” he says.

This February, four Congress MLAs from Uttarakhand wrote to Ramdev asking that he subject himself to a CBI inquiry given the numerous allegations that have sprung up. “Cows in Uttarakhand probably don’t even drink that much water as the amount of cow urine he claims to sell,” says MLA Kishore Upadhyay. There are more worms in the Ramdev can. His principal associate Acharya Balkrishna, who is of Nepalese origin and holds Rs 3.10 of the 3.47 crore shares of PAL, is being probed for procuring an Indian passport and arms licences using false information.

The Ramdev saga has also implicated Congress leaders like Subodh Kant Sahay and N.D. Tiwari, who are close to him and have been accused of generously helping the baba. To this charge, Congress general secretary Digvijay Singh reacts, “Not just Ramdev, anybody who has done something illegal, even if it’s me, has to be investigated.” As we go to press, the guru has issued a statement denying any wrongdoing and insisting his books are clean. But with IT and ED sleuths hot on his trail, it looks like the muckraking season is just beginning.