Waiting For The Light

July 1 was D-day for Delhi with power distribution going private. But deliverance was not to be. What went wrong? 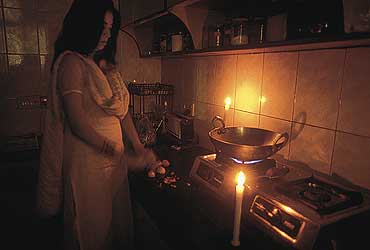 A fortnight later, the situation was possibly worse. Power cuts continued. In areas that had power, voltage was way below required levels. Citizens were taking to the streets, blocking traffic, even turning violent. Their woes were compounded by one of Delhi's hottest summers in years.

But why did all hell break loose on July 1? Did the new firms not anticipate the problems in managing Delhi? Says Anil Sardana of TPC, who is CEO of the North-North West Delhi Distribution Company (NNDC): "There are no problems that weren't expected. But the entire system is in such a state that it will take time to bring it to order." The state government is blaming much of it on deliberate sabotage by ground staff, as part of an Opposition ploy to show the distribution companies (discoms) in a bad light and discredit the state government. "Someone is definitely involved in sabotage, but it's difficult to point out who," says Sardana.