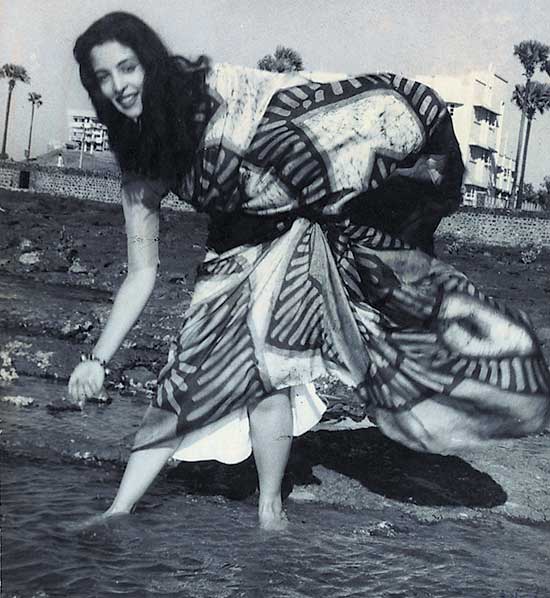 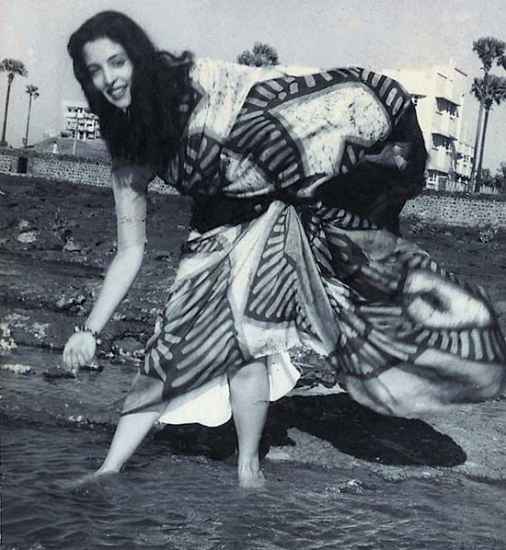 Those who recall The Householder (1963), the black-and-white debut of one of the most enduringly successful film partnerships of the 20th century—the triumvirate of Ismail Merchant, James Ivory and Ruth Prawer Jhabvala—will remember it mainly for the luminosity that Leela Naidu brought to the role of a struggling, impecunious schoolteacher’s young wife. Perhaps the right word to describe her careless beauty is languor—ennui would be better, given her Indo-French parentage—a quality of moodiness also reflected in her role as a village doctor’s wife in Hrishikesh Mukerjee’s Anuradha (1960).

She is cast opposite seasoned performers, Shashi Kapoor and Balraj Sahni, in the two films, but effortlessly manages to overshadow both. In this book she explains why: “I do not remember my first day of shooting perhaps because I did not suffer from stage fright. According to me, stage fright is about waffling. It happens when an actor will not stay in the moment.”

It could be said that Leela Naidu (who died last July at 69, the day before Rajmata Gayatri Devi) was as careless about her other gifts as she was about her beauty. “One thousand milli-Helens make one Helen, so one thousand ships would go out to war. That sounds ridiculous because beauty is one of the most subjective abstractions and standards change,” she writes. That’s an uncommonly intelligent remark from someone once named by Vogue as one of the five most beautiful women in the world.

Leela Naidu’s film career was brief and erratic—she turned down a four-film contract with Raj Kapoor in the 1950s—because the stereotypes and straitjackets of the industry bored her. Given her whimsical, wilful temperament, so tellingly captured by the camera, her marriages to two public figures—the hotel tycoon Tilak Raj ‘Tikki’ Oberoi and the poet Dom Moraes—also ended badly.

She sanitises sadness at the outset, including her lifelong grief to gain custody of her twin daughters from Oberoi, saying that she does not want to add to “narratives of female pain”. Instead, we have an odd, eccentric memoir, fragmentary and without chronology (cinematic jump cuts, jumbled playbacks and fast forwards) that add up to a disjointed testament brimming with sharp observation, wit and true grit. Although written with the Mumbai journalist Jerry Pinto, who acted as amanuensis during her last withdrawn years in a Colaba flat, her voice rings funny, original and true. Here’s an exchange between Jennifer and Shashi Kapoor she recounts on the sets of The Householder:

JK: Why don’t you act?
SK: I am acting, Jennifer...
JK: No, you were not. You were fluttering your eyelashes.

Many such anecdotes, well-told in a slim volume, are worth the many boring self-aggrandising tomes by Indian public figures that will forever gather dust on bookshelves. Born the only surviving child of a distinguished Indian medical scientist and a Swiss-French journalist mother, the precocious, multi-lingual Naidu was brought up on two continents and declared: “I’m between two stools but I am not falling. I can understand the Europeans and I am at home in India. I can grow roots anywhere”. As a child she loved Chopin, was entranced by Bharatanatyam’s diva Balasaraswati and so went where her exceptional looks, impetuous nature and wayward life took her.

Safely beyond the grave, she dishes it out on those she knew—or worked with—including J.R.D. Tata, J. Krishnamurthi, Jean Renoir, Louis Malle, the Merchant-Ivory-Jhabvala trio, R.K. Nayyar, Shyam Benegal and others. Admirers and detractors of Arundhati Roy will get a memorably acidic cameo of the crusader on the sets of Electric Moon. Naidu’s portrait of her marriage to Dom Moraes, whom she followed as spouse and unpaid secretary on his worldly wanderings in his alcoholic haze, is a self-annihilating gem of mordant comedy.

Graham Greene once said that the best dress rehearsal for success is failure. Leela Naidu’s memoir is actually a triumphant study in failure. For someone born with natural and acquired privilege—beauty, wealth and connections—it is a story that veers between self-confidence and self-doubt, rejecting and rejection. In the epilogue she writes: “It’s only about the funny anecdotes and the sad historic ones I came across.”

As a raconteuse par excellence, her book brought laughter and relief in the hot summer of 2010 and will have a permanent place in my shelf of treasured film books.