Votebankin’ Ghostwalk: Muslims Are Out of Reckoning in Poll-Bound States

In the poll-bound states of Raj­asthan, Madhya Pradesh and Telangana, there is no talk of a Muslim card or the usual “appeasement” rhetoric. 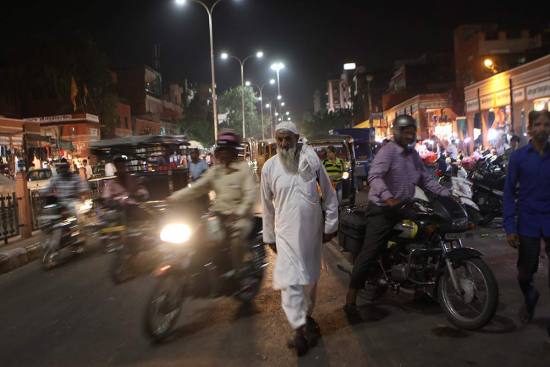 Not long ago, Muslims were a major votebank in India. In the poll-bound states of Raj­asthan, Madhya Pradesh and Telangana, however, there is no talk of a Muslim card or the usual “appeasement” rhetoric. The ruling BJP is accused by its opponents of whipping up issues that reinforce a binary narrative of the country’s demography, which muffles the political substance of Muslims. Ref­erring to illegal immigrants as “termites” to be thrown out, BJP president Amit Shah has been talking of an Assam-like National Register of Citizens (NRC) process in states such as Rajasthan too, while RSS chief Mohan Bhagwat has spoken on up, but these remarks do portend the issues the BJP will be harping on, probably right up to the 2019 general elections.the need for a law to build a Ram Mandir on the disputed site in Ayodhya. Campaigning in the poll-bound states is yet to pick

Not far behind, Congress president Rahul Gandhi is making the rounds of temples, even as senior leader Ghulam Nabi Azad recently lamented that he isn’t called for campaigning as the Congress fears it would cause the loss of Hindu votes. While his party members have contradicted his statement, Azad has surely managed to highlight the feeling of alienation among Muslims in an increasingly polarised political scenario.