Viscera Of The Living Past

Tactile and conceptual. A new wave of museums shakes off the mothballs. 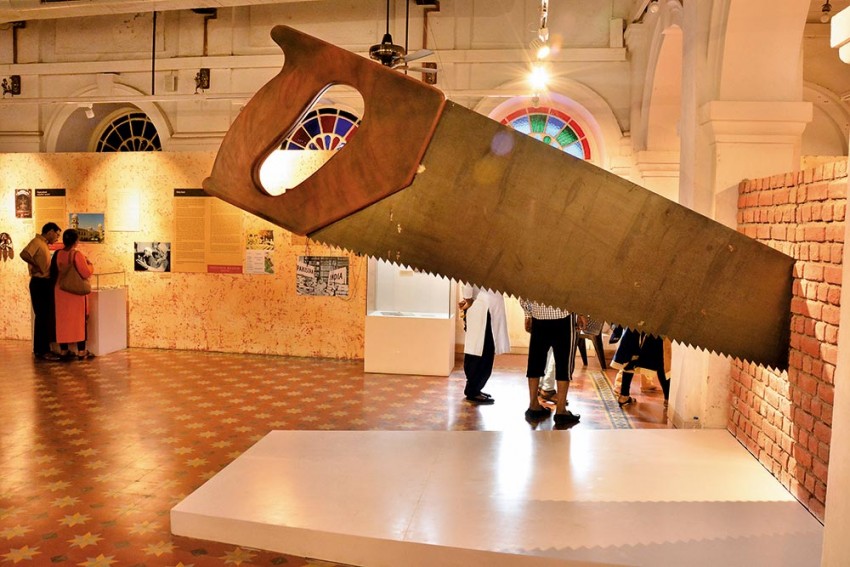 Sawn In Twain
The Partition Museum in Amritsar
Photograph by Prabhjot Singh Gill
Priyadarshini Sen August 23, 2018 00:00 IST Viscera Of The Living Past 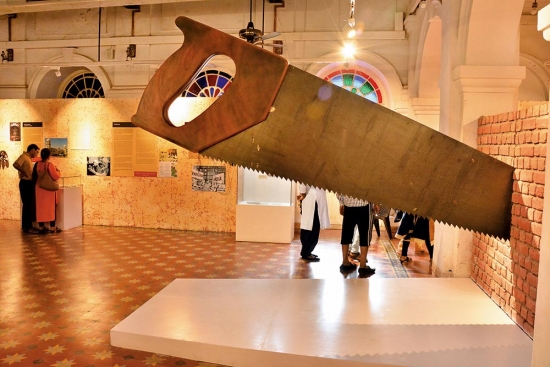 Mallika Ahluwalia, a public policy professional from Delhi, isn’t one to treat mus­eums as repositories of mothballed relics and nostalgia. Instead, her curation takes visitors through a visceral exp­erience of the past. The 35-year-old curator’s project—the Partition Mus­eum, housed in the historic Town Hall building in Amritsar with its arched verandahs and Venetian glass doors, does just that—it hum­anises the Partition story. So, what were the objects that women treasured at that time? Textiles, diaries, books and utensils they carried as they fled their homes tell their stories. The ­agony of the immigrant exp­erience manifests itself in a Satish Gujral painting, where memory pours out on canvas like dark waves.

Creative entrepreneurs like Mallika are transforming the museum exp­erience in India. Not only are they breaking away from antiquarian structures, they are also investing in better ­research, technology, outreach and ­design. They are experimenting with various storytelling techniques—from chronological approaches to narration to deliberately haphazard displays. Even though funding remains a cha­llenge, a trickle of grants from individuals and corporations has set the ball rolling for innovation. The Union culture ministry is backing new ventures, and encouraging older institutions to act as catalysts for change.

The Partition Museum, born out of the Delhi-based Arts and Cultural Heritage Trust, maps the narrative arc from the days of a syncretic Punjab to the post-Partition rehabilitation of refugees. Across 14 galleries, it serves up stories about Dalit and Sindh experiences, movements across Punjab, Bengal and Assam, horrors faced by women, and fissures in families and cultures. Since its inauguration last October, a profusion of personal stories—losses suffered and trials end­ured—has taken the edge off the tediousness associated with India’s unimaginative museums. The latter aren’t merely uninspiring; one can, at best, call them dreary. 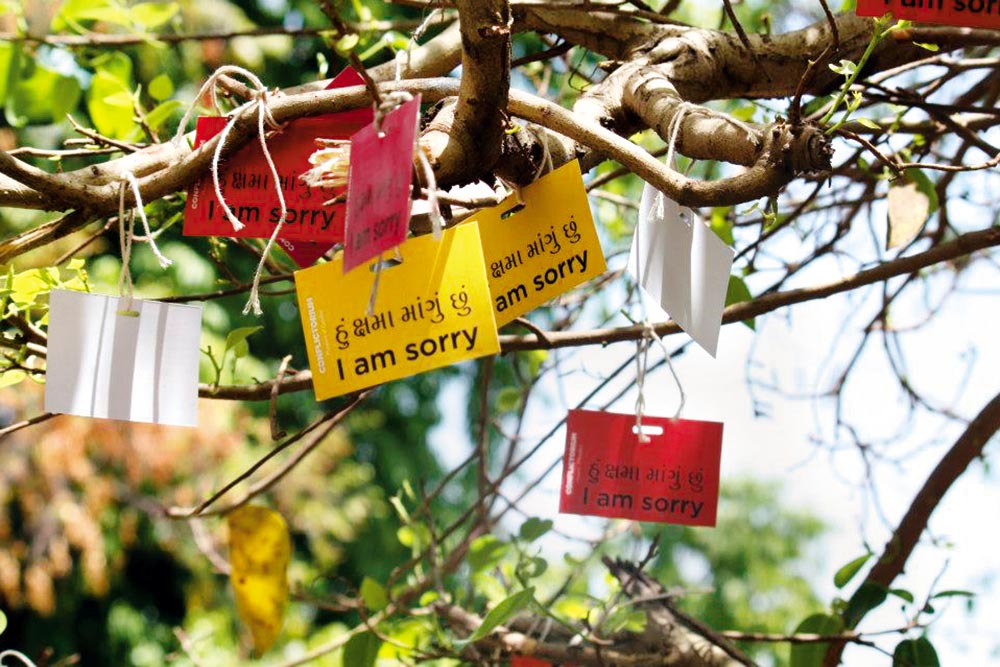 Here, refugee artefacts, art and archival materials amplify the voices of those lost in the pages of history. “We wanted to document the humanitarian tragedy, not just historical landmarks. No event has uprooted 20 million people and caused such extensive loss to life and property,” says Mallika. Born in a family of Partition survivors from Lahore, she remembers how her grandmother escaped in a train wagon, taking whatever she could to rebuild her life in India. “The Partition generation is dying out. While it is important to talk about the changing contours of nation states, one can’t forget the personal sufferings of people.”

Indeed, the power of the Partition Museum lies in people’s stories, and the objects that define their grief. A father’s letter to his son harps on how religion was being used to cover up beastly acts of murder in 1948; ancient necklaces from Mohenjodaro were broken and an equal number of beads given to India and Pakistan in an ­abs­urdly matter-of-fact effort at ­equity; a wedding was solemnised on the India-Pakistan border. “We want more such stories from the subcon­tinent. The idea is to create the most comprehensive archive of Partition materials,” says Mallika.

Like Mallika, new-age cultural curators are taking advantage of the mus­eum landscape in an India flush with new ideas. Rama Lakshmi, a museologist and oral historian, is the curator for the Remember Bhopal Museum, which was set up in 2014. Housed in a modest building, it tells the story of a contemporary people’s movement for justice. “For too long, the history mus­eum landscape was the monopoly of the government. That’s why museums bec­ame trapped in the template of pride, and difficult histories were del­iberately overlooked,” she says. 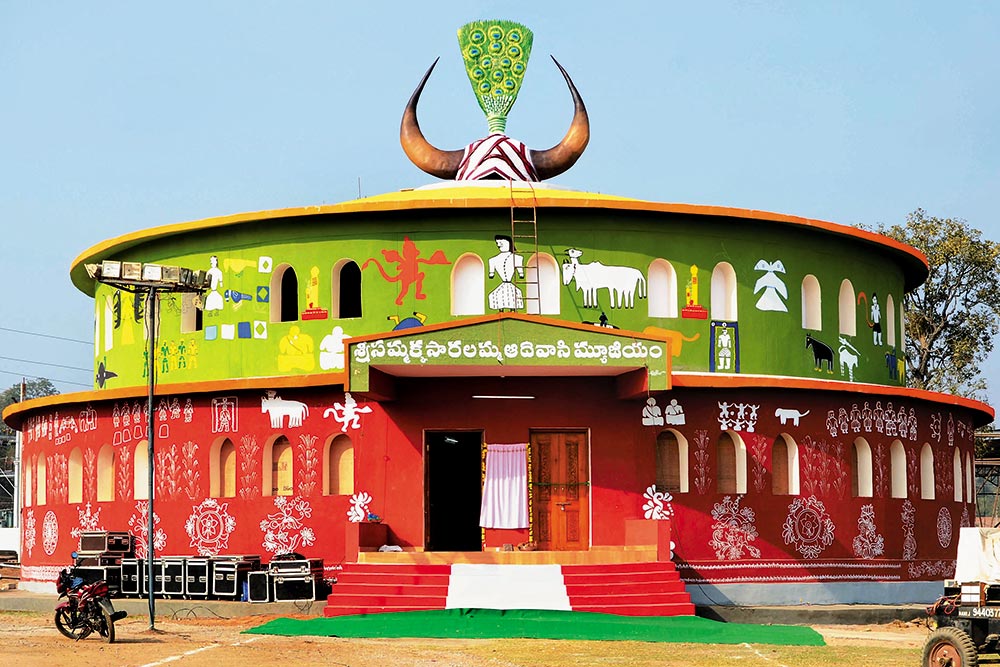 Just like the Partition Museum, ­personal objects donated by survivors, such as saris, sweaters, mangalsutras and walking sticks, offer the last ­tan­gible links to those who died from the Bhopal gas leak in 1984. Oral histories serve as the narrative thread of the curatorial ideology. “These histories allow for late resurfacing of memories. Visitors have come and shared new memories of the disaster, and its horrific aftermath,” says Rama.

But the story of trauma and injustice is only part of the museum’s conservation efforts. It has also inspired a community of survivors to continue their fight for justice in health, environment and finance. Rama notes that Nilgiri tribal livelihood advocates, Rajasthan social health workers and other activists inspired by these social movement stories have reached out to her to set up exhibitions at their sites. In a sense, the Bhopal museum attempts to alert the larger community of curators in India about the need to acknowledge social struggles as museum-worthy.

While stories of social struggles have inspired some curators, others are rew­riting the rules on design, art and history. Tarun Thakral, founder of the Heritage Transport Museum in Gurgaon, says, “Museums should be playgrounds where history, global knowledge, art and entertainment del­ight visitors. They aren’t meant to be stuffy, old places.” Born of his passion for collecting antique cars, automobile memorabilia and old railway salons, the mus­eum is a tribute to the marvels of transportation. “I was moved by museums in the US and UK where the experience itself is transformative,” says Tarun. 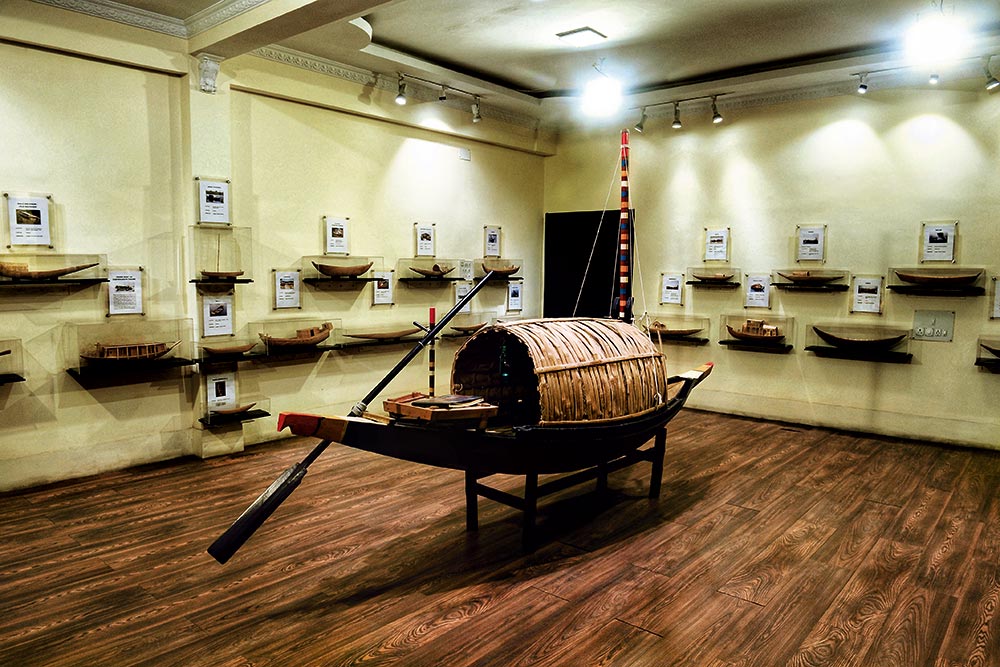 The Heritage Boats of Bengal Museum in Calcutta

So, to give a global thrust to his project, Tarun reworked the design rules. The museum’s façade is contemporary while the interiors pay tribute to the evolution of transportation in India. Spread over three acres, the artefacts are deliberately not placed chronologically. Two atriums allow obj­ects from different eras to be viewed sim­ultaneou­sly across four floors. From vintage cars parked alongside a rec­reated Indian street scene, to palanquins, bullock carts, horse carriages, camel carts and jugaad conveyance, the exh­ibits define the ecosystem of India’s transportation. “We still don’t have a culture of visiting museums. So, intelligent planning and interactive displays were important to chart a change,” says Tarun.

The rewriting of design rules isn’t limited to museums in north India. The Telangana government’s Tribal Cultural Research and Training Institute initiated the Sri Sammakka Saralamma Tribal Museum at Medaram this January, with support from volunteers. It presents the cult-ure of Koyas—one of the largest tribal communities in Telangana and adjoining states. The flaming-red circular edifice capped by tribal headgear is a far cry from brick-and-mortar museums. The walls are laden with indigenous art. “Most of the museums in India are archaeological in nature, but people want to understand tribal culture in a tactile way,” says Satya­narayana Dyavanapalli, the mus­eum’s curator. The tribal people’s knowledge systems—from home-building to food gathering and fighting environmental hazards—are displayed in an interactive manner. The 400-odd artef­acts and life-size installations point to the tribal instinct for survival, development and community well-being.

While some curators reimagine physical spaces, others go bey­ond that for a transformative experience. The Conflictorium, housed in the home and studio of Bachuben Nagarwala, Ahmedabad’s first professionally trained hairstylist, provokes conversations on conflict not only outside but within. The museum’s physical space, with four experiential galleries and a timeline tracing Gujarat’s violent history since 1960, is only part of its focus. More holistically, it seeks to promote the acc­eptance of conflict as necessary to human refinement. Avni Sethi, founder-director of Conflictorium, says, “Can we imagine a utopia without confl­ict? Conflict proves we are alive. How a society manages it reveals its maturity.”

The Khalsa museum in Anandpur Sahib near Chandigarh

Drawing inspiration from the Museum of Innocence in Istanbul, Avni thinks art practice doesn’t merely att­empt the symptomatic. Instead, it lets people enter an internal landscape where engagement with ideas such as emp­athy, identity, class, gender, disagreement and remembrance occurs. By sparking engagement at a conceptual level, the Conflictorium breaks down conventional notions of what a museum should be. So, the Gallery of Disputes for instance, uses sounds, props, shadows and animations to ­explain conflict in the human world through an Orwellian lens. The Memory Lab, a community art installation, allows people to express their ­innermost thoughts.

The tangible experience is carried forward into exhibitions, film screenings, poetry readings, workshops and performances. Since 2013, over 300 events have taken place at the mus­eum, attracting 50,000 visitors. “It’s a process of catharsis. You start off with conflict at large, and end with conflict with the self or other,” says Shamini Kothari, a researcher at Conflictorium. 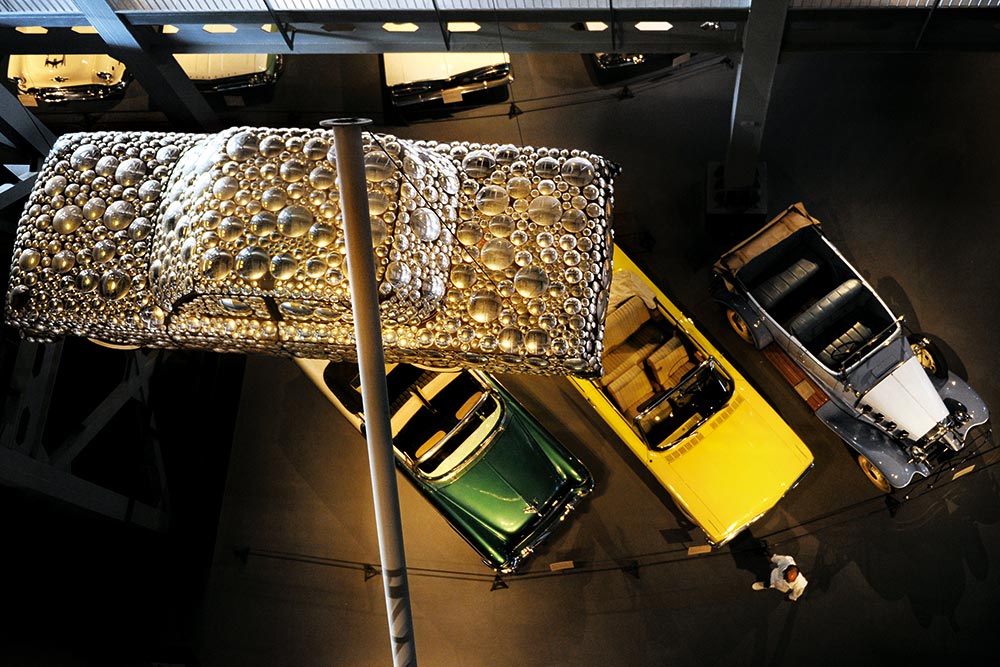 The Heritage Transport Museum in Gurgaon

Like the Ahmedabad experiment, the Heritage Boats of Bengal Museum in Calcutta, a tribute to the dying craft of boat-making in Bengal, doesn’t make much of physical space. To the contrary, it neglects it altogether by providing no information kiosks, manuals or labels for the 46 exhibits painstakingly crafted by the 15 artisans from Bengal’s Dinajpur district. But the idea is unique and the craftsmanship intricate. It was conceptualised by Dr Upendranath Biswas, a former minister for backward class welfare in the Bengal government, back in 2012.

Biswas wanted to archive the mar­itime culture of a people who used boats for business, transportation and pleasure. These carriers were cus­tomised to navigate through many water bodies. “Boats are an integral part of any civilisation. For a riverine culture like Bengal’s, it was necessary to document the technology, typ­ographical var­iations and knowledge traditions unique to this country.” 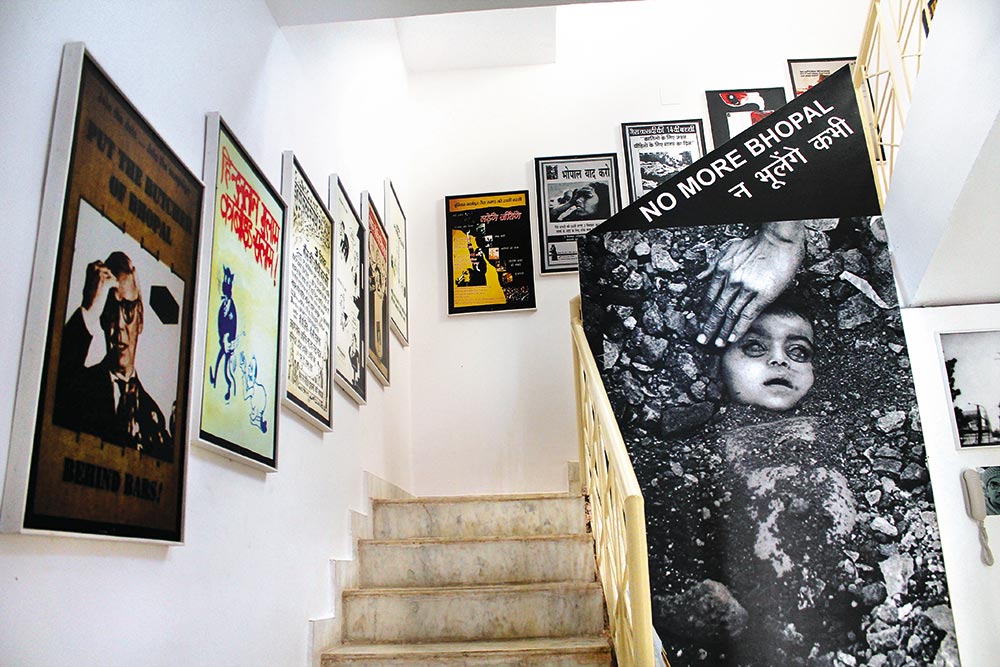 Like the boat museum, other experiments in India too suffer from poor inf­rastructure, apathy and lack of trained professionals. They are flush with ideas but strapped for funds. Even so, the curatorial mood is upbeat. Rama says, “Several innovative and storytelling museums, within government control and outside of it, with corporate money or without it, are set to emerge in the coming years.”So, what’s next then? A water museum? A footwear museum? The Museum of Broken Relationships?

By Priyadarshini Sen in Amritsar