By putting Pakistan on the ‘enemies list’, India displays its blinkers 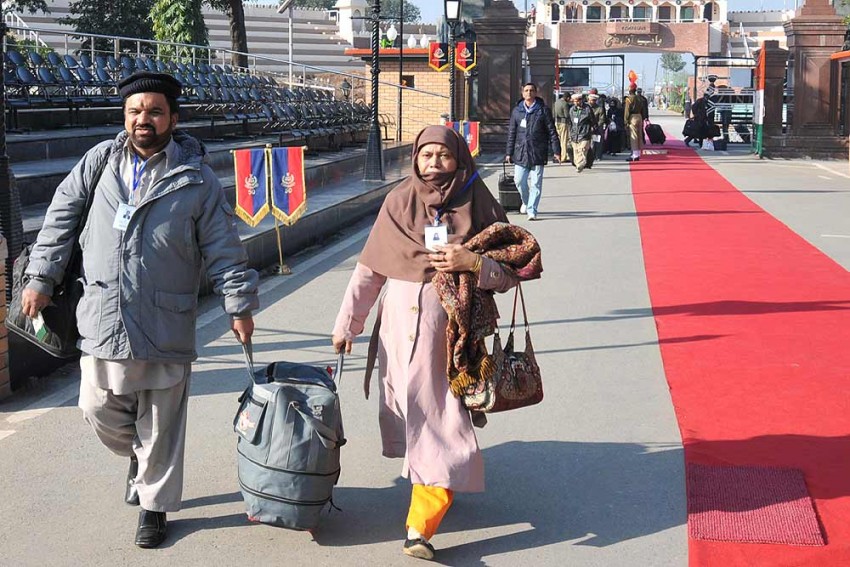 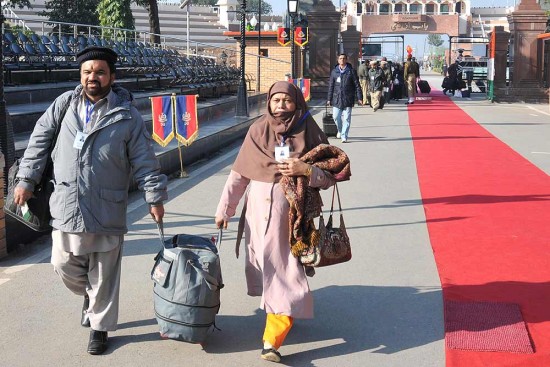 “Hum dono mulk phir se ek nahin ho sakte?” asks an attendant at a five-star hotel in New Delhi. “We are so alike, why can’t we reunite?” asks a white-collared executive in Bangalore.

When I laugh about the agony of reuniting with the world’s most dangerous state, they both respond, “Yes, but then we won’t need visas to travel to Pakistan.” But clearly India’s  security establishment thinks otherwise, for it recently put Pakistan on the “enemies list” together with Somalia and Nige­ria, and excluding it from the 180 countries that will be granted visa on arrival and electronic travel authorisation.

In which other country but Pakistan are there thousands of divided families, all yearning to visit their loved ones in India? I am also amazed at the sheer number of Indians one meets in New Delhi who still have family in Pakistan.

Recently, a scene at the Attari cust­oms moved everyone who watched: an eld­erly traveller had to explain the gifts he was taking across for his family while an official rummaged through his bag. His first visit after Partition, his eyes filled with tears as he said to nobody in particular, “Even taking their names is painful, and my head is flooded with memories of the last time I was in India.”

“So India has eased visa rules for 180 countries. Except Pakistan. Confidence is a mark of big power status. Guess that still eludes Delhi,” tweeted Sherry Rehman of PPP, whose chairman Asif Ali Zardari had offered Delhi a histo­ric ‘no first strike’ nuclear war policy. It has cer­tainly been a slap in the face of the “over-friendly” Nawaz Sharif government, who as one former foreign secretary says is “sucking up” to the Indians via his “petticoat diplomacy”.

As the leader of the opposition, Sharif had in 2012 even suggested a ‘unilateral’ withdrawal from the heights of the Siachen glacier immediately after the Pakistan army chief had called for “demilitarisation” of the glacier after seeing hundreds of his soldiers buried under an avalanche.

In fact, Alay Chrungoo had called India’s inability to respond to Pakistan’s many overtures as “a horrible mutation of the outlook towards national interests. It seems as though some virus has entered the body politic and is causing a suicidal inversion to make the State behave as an anti-State.”

Sharif will now have to tread carefully on all matters ‘Indian’, as even the ‘boys’ at the ghq in Rawalpindi are chuckling with glee at his discomfort. His recent overtures included offering Delhi a “visa-free regime”!

New Delhi, with blinkers on, is completely out of sync with its latest hawkish visa regime, when the joke at the cocktail circuit in Islamabad is that for all practical purposes the Indian High Commission should close down all other sections and become one huge visa office, given the sheer number of visa requests they have to handle on a daily basis. Dr T.C.A. Raghavan is easily the most popular envoy in the Diplomatic Enclave with his ever-smiling press councillor Janardan Singh and visa councillor Vimal Acquino (recently posted out), all three of whom hear these four words on a daily basis: “Sir ji, visa chahiye.”

Even as all major political parties in Pakistan are outdoing each other to reach out to India, New Delhi is ensuring that it continues to act “viceroy-like”, pro­mpting PTI leader Shireen Mazari to take a dig at Sharif saying he is making unilateral concessions to India when the latter is increasing its hardline posture towa­rds Pakistan. “It’s an issue of concern to see Pakis­tan being isolated especially since we are part of SAARC. Pakistan ins­tead is moving to give India NDMA and all manner of trade concessions,” she says. The embarrassment is there for all to see at the foreign office, which is reserving comment on what it says is “essentially India’s visa policy”. “Pakistan and India have a bilateral visa regime,” says spokesperson Tasneem Aslam. By excluding Pakistan, says PML(Q) Senator Mushahid Hussain, “India is targeting its most cultura­lly-compatible neighbour from the normalisation process New Delhi is so fond of tal­k­ing about. Such an ‘enemies list’ clea­rly shows that the Delhi establishment—military and intelligence, bureaucrats, key poli­ticos—remains sadly stuck in an unrepentant, Cold War mindset.”

Only last week, hurrying down Attari before the gates clo­sed down for the day and followed by a coolie balancing my luggage on his head, I was faced with a charged crowd on both sides of the road, loud martial music blaring away, with many onlookers waving at this lone Pakistani crossing over, as they settled for the evening ritual of lowering the national flags. Head held high, I walked swiftly past, not realising that I had waved back with a hand that held my freshly stamped passport. The dreaded ‘green’ one from the enemy state.