It’s been so long since a movie elicited laughs without cringes. It is unapologetic, unadulterated fun 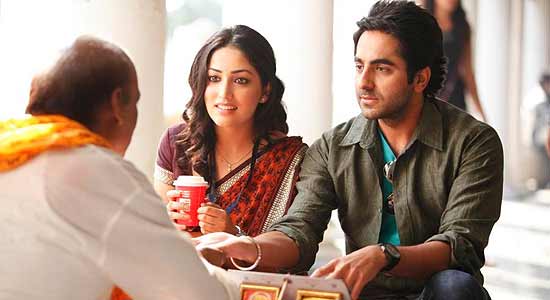 Vicky Donor tackles an unusual subject for a Bolly movie: sperm donation. A subtle, serious and humane examination of it was offered in one of the stories in Onir’s I Am. Here, the same theme becomes a source of some rollicking entertainment. It’s been so long since a movie elicited laughs without cringes. It does not descend into crass- and crudeness, nor does it overtly use double entendres when it could have easily done so. Vicky Donor is unapologetic, unadulterated fun.

Beyond being just a take on sperm donation, it offers a very keenly observed and well-written piece of Delhi life—all thanks to debutante writer Juhi Chaturvedi’s taking things further from Khosla Ka Ghosla and Do Dooni Chaar. The name of the game here is amplification. So the Punjabi setting gets kitschier, the talk gets louder and the jokes heartier. The mix of lingos, especially Punjabi, Hindi and English, is a riot. In fact, some of the scenes and dialogues are so razor-sharp that even an occasional, slight dip in tenor disappoints.

But the slice of Delhi life here is not just boisterous Lajpat Nagar alone. You have the cultured Chitto Park and the old-world Daryaganj thrown in for good measure as well. Much of the joy in the film lies in seeing these disparate worlds intersect, collide and eventually coexist warmly. The hallmark of the love story—of a brash Punjabi sperm donor Vicky (Ayushmann) and a beautiful, educated Bengali girl Ashima (Yami)—is its superb characterisation. The writer plays around wonderfully with the caricatures, cliche#s and quirks of the various communities. It works superbly in scenes like the Punjabi and Bengali families meeting each other for the first time or the Punjabi-Bengali wedding sequence.

Almost every character leaves an impression—be it the Sardar uncle who sells polka-dotted clothes or the infertility specialist played by Annu Kapoor (a nod to the (in)famous Sablok Clinic) who claims that he can figure out a man’s sperm count by merely seeing his face. There are no villains here and, whether it be Vicky’s grandmother or Ashima’s father, the characters have a way of showing surprising depth, warmth and even understanding.

Each actor has been picked with care to fit the role perfectly. Ayushmann puts in just the right amount of rakishness, bluster and heart in his performance. Yami and her father and aunt are just as good as the refined Bengalis. But the show-stealers are Dolly Ahluwalia and Kamlesh Gill as Vicky’s mother and beeji respectively. Their evening drinking session scene will surely bring many a cinema house down.

The film does lose its grip and begin to grate when it becomes mushy and maudlin towards the end. But the music keeps the spirit of the film rolling. You could well be humming “Paani da rang vekh ke” long after the film is over.