As the writer travels through Venice's "Tiny lanes, crumbly old palaces, the water," he is reminded of Varanasi... 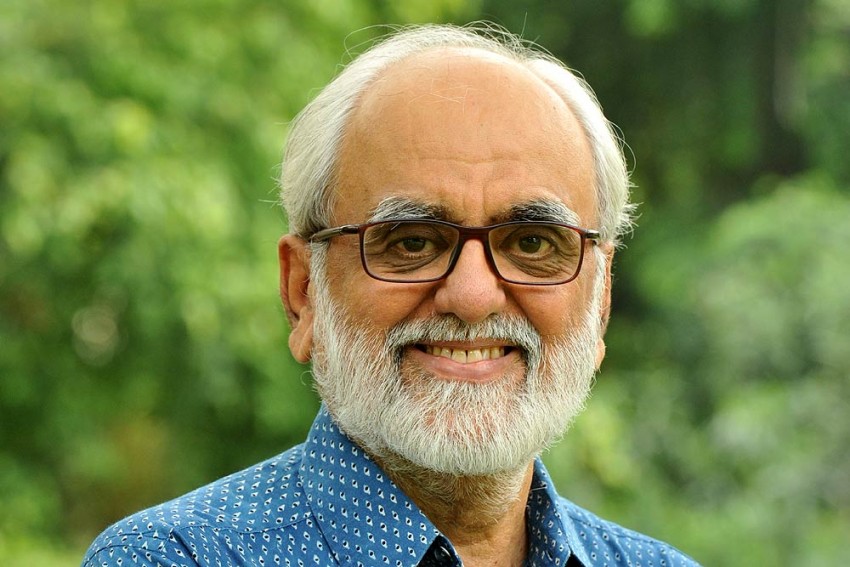 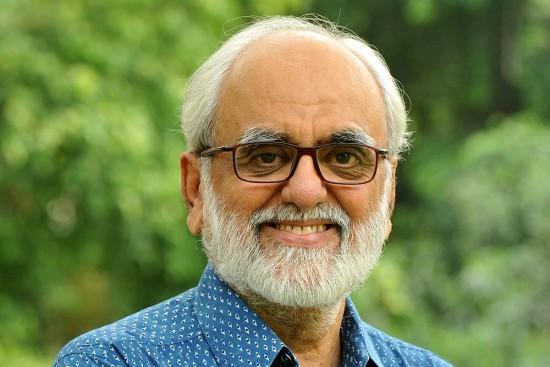 It was the impish title of the book that imm­ediately drew my attention—Jeff in Venice, Death in Varanasi. I’d just been subjected, at an exhibition at the Doge’s Palace in the overcrowded Piazza San Marco, to the hallucinatory visions of 15th century Dutch painter Hieronymus Bosch, a hellish dream-like universe peopled by demons and the tortured souls of the dead. It was a shock to discover that Bosch’s dark River to Hell once passed through Venice, this labyrinthine city of shifting light and water. Five hundred years ago, it appears, a group of aristocratic Venetians, led by a wealthy cardinal, was immersed in the Dutch painter’s enigmatic world, with its fascination for death and the grotesque. After long neglect, Bosch’s paintings have now been restored and put on display.

But in the bookshop adjoining the gallery, I stumble on a book and an author I’d not heard of before. As the title suggests, Geoff Dyer’s novel about the travails of a jaded British journalist cleverly named Jeff Atman promised to be a take-off on Thomas Mann’s celebrated work Death in Venice. But Varanasi? Well, Dyer’s protagonist ends up in the sacred city by the Ganges to eventually shed his ego, and find his own private god. But before that happens, a Swiss woman in dreadlocks tells him: “Doesn’t Varanasi remind you of Venice?.... Tiny lanes, crumbly old palaces, the water…. They’re incredibly similar. Versions of each other almost. Twinned.” That’s a new thought! And, Dyer could have added, two cities that encapsulate both decay and permanence, where the flaky walls seem to be inhabited by spirits.

Jeff had, like me, gone to Venice for the gargantuan Art Biennale, often described by cliché-prone writers as “the Olympics of art”. It has been held every two years since 1895—except for two brief interruptions due to the World Wars. Eighty-six countries have their national pavilions at this year’s event. China has two huge pavilions, the second sponsored by a Beijing museum. Nigeria is participating for the first time, with its artists winning acclaim in Europe. Even the tiny South Pacific island of Tuvalu (area 26 sq km; population 9,974) has a pavilion—uns­urprisingly focused on rising sea waters, a predicament it shares with Venice. But, it seems as if the whole world recognises the significance of the Biennale except the Culture Ministry in Delhi! Nevertheless, no matter how hard we try to sabotage it, the world still sees us as an ‘emerging power’—even in the art world. In Paris, for instance, a major show of Nalini Malani’s work opens in October at the Centre Pompidou. In Venice, though, they’re still waiting for India to accept their long-standing offer of a permanent pavilion.

Only the US-based Rina Banerjee’s chimeric creations (displayed in Biennale curator Christine Macel’s central Viva Arte Viva show of 120 international artists) rem­ind visitors that Indians also produce art, even if in faraway New York! Her large wilting flowers and haunting figures feature in the Pavilion of Shamans. Architectural Digest hails the 54-year-old as ‘one of the most important Indian artists on the global contemporary scene’. But she’s barely known outside elite art circles in India, having exhibited solo only once in her home country. 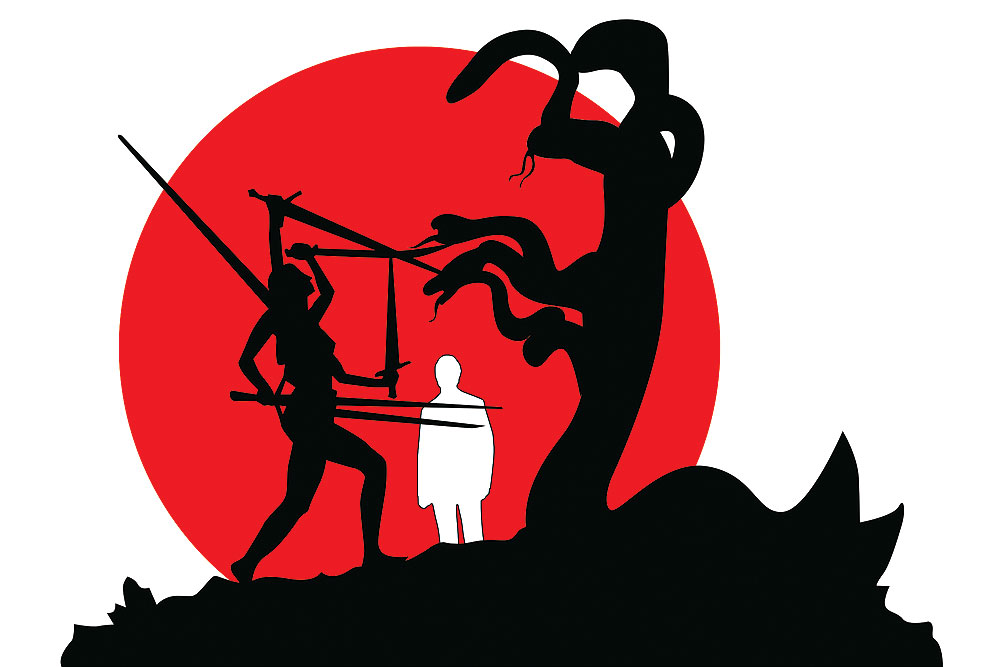 India may be missing, but Indian-style epic myth-making is not. British artist Damien Hirst makes a comeback with a gigantic show—189 objects, ranging from small gold coins to a 60-ft-tall fibreglass colossus. This collateral show was ten years in the making, and cost the equivalent of a phenomenal Rs 650 crore. If everything gets sold, Hirst and fellow investors expect to make ten times as much. The imaginary backstory behind the objects, many encrusted with fake coral, talks of an ancient slave king’s fantastic treasure retrieved from a shipwreck off the African coast. It’s an excuse for Hirst to reimagine and recast popular icons, from Medusa to Mickey Mouse. Dominating one gallery, for instance, is a gigantic bronze of a shimmering, multi-armed goddess Hirst links to the Kushanas and calls Kali. Except that the demon she confronts is Greek—the snake-headed Hydra. Unbelievable, but fun!

Thou Art That…No This

As I write this, I thumb through my notebook to recall the pavilions I enjoyed at the Biennale: Australia, Azerbaijan, Switzerland, US…and a surprise from tiny Andorra, with wall-mounted clay pots creating mesmerising patterns. I forgot to note down those that display rubbish—that list is long too! In the end, though, all that spectacle leaves you with mixed feelings of elation and ennui. As Jeff Atman observes: “Within a short time, the pavilions all started blurring together: it became impossible to recall, with any certainty, which art was to be found in which pavilion.” You risk vertigo in Venice!

(The writer is a journalist)