In Indo-Pak marriages, the State often becomes the tyrant mother-in-law 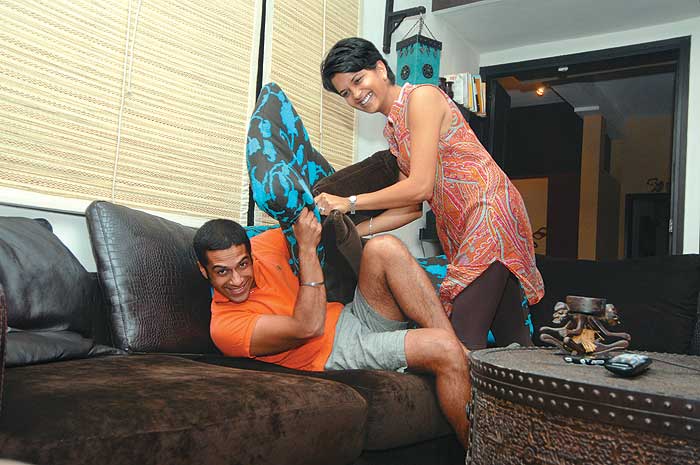 It was at a residency programme for South Asian artists in the capital, appropriately called Khoj, that Masooma Syed and Sumedh Rajendran found each other, seven years ago. As their relationship blossomed, they ingeniously discovered ways to spend time together, in places as far apart as Manchester, Sri Lanka and New York. Then, bypassing their respective religions, they went through a Buddhist wedding in Sri Lanka, followed by a legal marriage in a Delhi court two years ago. Finally, after all that travelling, the woman from Lahore and the man from Kerala found a place of their own in Mayur Vihar, in East Delhi; a place that Masooma isn’t hesitant about calling home. “Life is the same whether you wake up here or in Lahore,” says the 39-year-old.

The recent hullabaloo over Sania Mirza marrying Shoaib Akhtar made it seem like this was the first Indo-Pak marriage in the history of the two nations. The reality is that there have been thousands. Indians and Pakistanis, mostly from families divided by Partition, have been marrying each other ever since Pakistan came into existence.

The modern twist, however, is that these marriages are no longer tightly framed within the comfort zones of family and community, as the Masooma-Rajendran story vividly illustrates. Mobile young Pakistanis and Indians, meeting on holiday, at foreign universities, in professional settings, and even on the Net, are thinking the unthinkable, and marrying each other, undaunted by the fact that they are not just from countries that habitually snipe at each other, but do not even share the same language, regional background, or even religion.

Most “Indo-Pak” couples prefer to live in “neutral” third countries—like Sania will do, when she sets up home in Dubai—but quite a few also take the harder route of settling down in the subcontinent. And discover, in the bargain, that the main problem in their married lives is not one of making friends, adjusting to a new culture, or winning over your mother-in-law. Rather, it is the State, in the form of the harsh visa regime followed by both countries, which makes no concessions for cross-border romance. 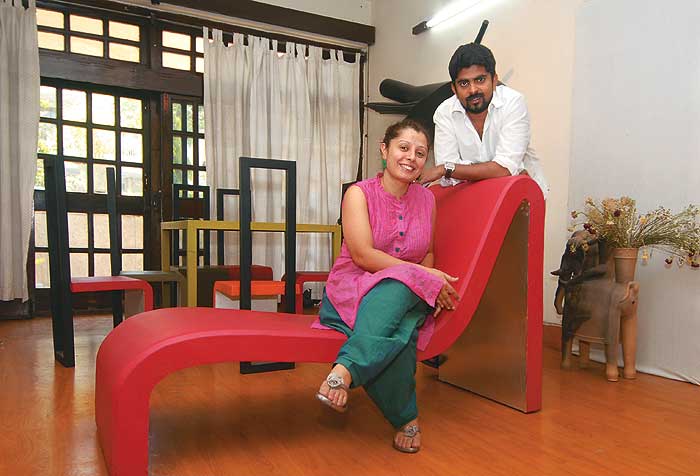 Both professional artists. Had a Buddhist wedding and a court marriage. She has to leave India every three months for her visa.

Like Rajendran, 38-year-old Rajiv Rao is also from the South—Bangalore. The journalist-filmmaker first met his Karachi-born-and-raised journalist wife, Sonya Fatah, in 2002 at Columbia University’s International Relations programme—ironically in a class on political identity. Two years later, they were married and now live in India with their one-year-old son. When 32-year-old Sonya looks back, she feels that the usual problems of religious differences and family acceptance that dog marriages like hers are now history. “It’s a phase that has passed, and is a distant memory,” says Sonya. For her family, which has roots in Amritsar and Calcutta, it was tough to forget the ghosts of Partition, but in the end they did.

It has been, in that sense, an equally happy landing for Zainab Chandioke, who met her businessman husband Vishesh (both are now 35) in 1999 in London, while she was doing a Masters at the London School of Economics and he was working as a chartered accountant. Like many in their situation, they went through three weddings in 2002—a nikaah in Karachi, a civil wedding in London and pheras in Delhi. It is a drill her family has grown used to—her youngest sister Kiran, an architect, is also married to an Indian, Manav Patnaik, and the couple live in New York. For Zainab, Delhi, where she lives with her husband and two children, is an acceptable alternative. “It is as cosmopolitan and liberal as NY or London,” says Zainab.

Cultural commonalities help. “When people study or work abroad they end up making friends from a number of different countries. But the culture and language throws you closer to people from the subcontinent,” points out 29-year-old entrepreneur, environmentalist and wildlife enthusiast Varun Soni, who met his wife, Lahore girl Wasiqa, 28, on an American campus. “It was a huge decision to make the shift but I have many friends from the US here, which makes it easier,” says Wasiqa, of her move to Delhi, last year, from NY, three years after the couple married. The only point of conflict, she confesses laughingly, is cricket. “We have stopped watching cricket together,” concurs Varun.

However, beyond the warm circle of married life, family and friends lie the real problems in marriages like these, and they are really no laughing matter. “All problems begin and end with the visa,” says Masooma simply. The others couldn’t agree more.

For the past eight years that she has lived in India, Zainab has had to renew her spouse visa every year, and must begin formalities for renewal three months in advance. Every time she leaves the city, she reports to the police and also informs them when she is back in town. “Travelling is hard within the country, we end up going abroad more often,” she says. But even going home to Pakistan is a fraught affair. “The last time we travelled to Pakistan, my husband and kids got their visas, but I, with my Pakistan passport, was on tenterhooks about whether I would get permission to leave. Till the last minute, my plans remained uncertain,” recalls Zainab.

The easy way out is to opt for Indian nationality but why, ask these modern, educated young women, should they give up their identities? “You are made to feel that it’s not worthwhile holding a Pakistani passport,” comments Sonya.

Masooma follows a grind that is even more fraught with uncertainty and stress. She comes to India on a long-term visa but is permitted to stay here for only three months at a stretch, which means she has to leave once the three months are up, even if for a day. What prevents her from applying for a resident’s permit is the time it takes. She would not be able to leave Delhi while it was being processed, and her work commitments require her to be on the move.

There are other issues. For instance, the foreign spouse of an Indian national would normally be eligible for a Person of Indian Origin (PIO) card, but the women from Pakistan are not. “And that’s when they have roots in the Indian subcontinent unlike the other eligible nationals,” says Sonya, pointing out the irony. Even Sonya and Rajiv’s one-year-old son, a Canadian national, is not able to get a PIO card, because his mother is a Pakistani. “But a child with an Indian father and Greek mother would get it overnight. Where is the logic in that?” asks Rajiv.

Women, whether Indian or Pakistani, invariably bear the burden of adjustment in cross-border marriages, since it is usually they who move countries to be with their husbands; and for professional women, not being able to work makes it a heavier burden. The women are required to apply for permits to work in Indian companies, which, they have found, to their dismay, are not easy to come by. “It didn’t impact the women who came earlier, but for young, 21st century people, the right to work is crucial,” says Sonya. On the other side, says Masooma, the same frustrations play out. “I know for sure that it’s just as difficult for the Indian working women married and living in Pakistan they cannot work,” she points out.

And yet, personal bonds appear to prevail over national enmities, and hope over everyday bureaucratic ordeals, since quite a few cross-border couples, including some who did not want to be quoted for this story, seem to want to make their lives here. “The people, culture, concerns, chemistry are the same,” says Masooma. “Visas are not easy to get in India, but in the US and the UK, the cultural gaps are harder to negotiate,” she says.

Sonya believes India, as a bigger and more stable power than chaotic Pakistan, can show the way forward by making it easier for the Pakistani wives of Indian men to live and work here. “It can come up with more responsible policies,” she says. Personal restrictions have a larger resonance too, Rajiv points out. “South Asia is an important trading bloc. Such bureaucratic restrictions are prohibiting artistic alliances and business partnerships.” Not to mention tormenting those who’ve chosen the difficult path of a cross-border marriage.