Mrcchakatikam, with its political satire, wit and delicious turns of plot and characterisation, is a great Sanskrit play. A new translation is to be welcomed. 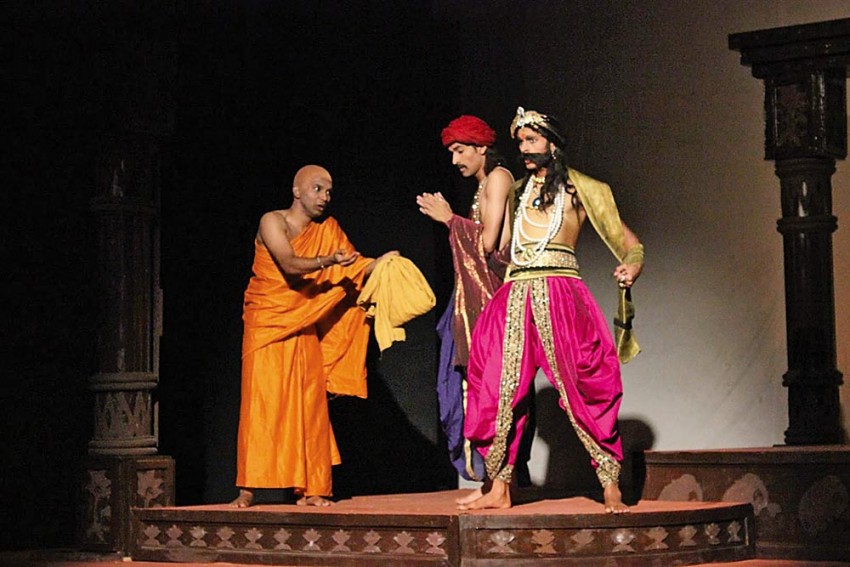 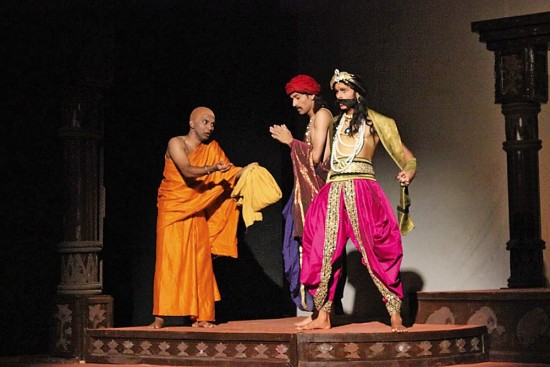 Penguin offers us a new translation, by Padmini Rajappa, of Mrcchakatika,  Shudraka’s spra­­wling, rambunctious play that captures the essence of city life in classical India with its social, political and sexual intri­gues. It includes a people’s revolution against a corrupt monarch, a love story between an impoverished Brahmin and a wealthy and desirable courtesan, a gambler who turns into a Buddhist monk, carriages for secret assignations that get mixed up and lead to near fatal consequences and, at its climax, an unjust execution that is stopped in the nick of time. Most of this is held together by a box of jewels that moves from hand to hand, sometimes as stolen goods, sometimes as a gift, sometimes as a bond to free a working girl. And somewhere in there, is a toy cart made of clay which stands, one might surmise, as a symbol of the courtesan’s empty life.

Samsthanaka, the corrupt king’s vile brother-in-law, is besotted with Vas­a­nta­­sena, the city’s most exquisite courtesan. She is in love with Charudatta, a married Brahmin who has fallen on hard times because of his reckless generosity. Vasantasena surreptitiously leaves her jewels in Charudatta’s house, from where they are stolen by a master thief, Sharvilaka, who uses them to buy the freedom of his beloved Madanika, who works as Vasantasena’s maid. In the background, Aryaka, a shepherd revolutionary escapes from jail with the help of Sharvilaka and sets about gathering the marginalised around him as he prepares to overthrow the king. The two stories come together when Aryaka and Vasantasena end up in a pleasure garden outside the city. Here, Samsthanaka throttles Vasantasena in a fit of pique and jealousy and accuses Charudatta (who was waiting in the same garden to meet Vasantasena) of killing her for her money. Charudatta is arrested and sentenced to death. Vasantasena, who was merely unc­onscious, rushes to save Charudatta. Charudatta walks away a free man, with both his wife and his mistress. It’s likely, as Rajappa reminds us in her introduction, that our playwright, Shudraka, added the Aryaka story onto a play that already exi­sted, perhaps one called ‘Charudatta’, by none other than Bhasa.

As will be evident from the stories it contains, Mrcchakatika has many moods and registers and has been somewhat of a favourite for theatre-makers in India, maybe because as a prakarana, it offers more action and more realistic characters than the idealised heroes and heroines of the nataka form, which was perfected by Kalidasa. Playwright Girish Karnad’s 1984 film Utsav is based on Mrcchakatika and for many, that rem­ains the best-remembered and loved version of the play. It’s interesting, therefore, to note that the image on the cover of this book is a scene from the film, written for a song in which Vasantasena (Rekha), and Charudatta’s wife (Anuradha Patel), prepare to exc­hange clothes and jewellery in a gesture of mutual affection. That encounter does not occur in the play at all.

As with most well-known Sanskrit texts, there have been several translations of Mrcchakatika. M.R. Kale does a scholarly translation, with the Sanskrit text running alongside, but fails to capture the pathos, the comedy or the political critique that the play obliquely offers. P. Lal edits the text sharply in the hope of providing a performable script, and conveys the love stories and the urgency of the colliding plots rather well. My favourite (recently discovered) happens to be A.W. Ryder’s 1905 translation, despite its arc­haisms and quaint turns of phrase.

Rajappa’s translation is bumpy, retaining too many untranslated words which appear to be random rather than consistent choices. Then there are plain errors and footnotes are misplaced.

Padmini Rajappa’s translation is bumpy—it retains too many untranslated words which appear to be random rather than consistent choices. For exa­mple, in terms of translating (or not) the names of local flowers and birds or culturally specific pieces of jewellery. For these, a glossary could have supplemented the copious notes at the back of text, which are also uneven. Footnotes are often misplaced and as such, do not correspond to what is marked in the translated text. There are also some real disturbances in the translation itself: Rajappa gives us “Shashanka, the one branded with the image of the deer, is rising,....” (p.33). Shashanka is one of the words for moon in Sanskrit, but the epithet means “marked with the hare”. She has obviously mistaken this for another word for moon, mriganka, that means “marked with the deer”.

Despite these discomforts, we can be pleased that this new translation of a complex and thoroughly enjoyable classical play has a place in the widely accessible Penguin Classics catalogue from India.

"Development, Communal And Opportunist Agendas This Poll. Ours Is A Development Agenda"