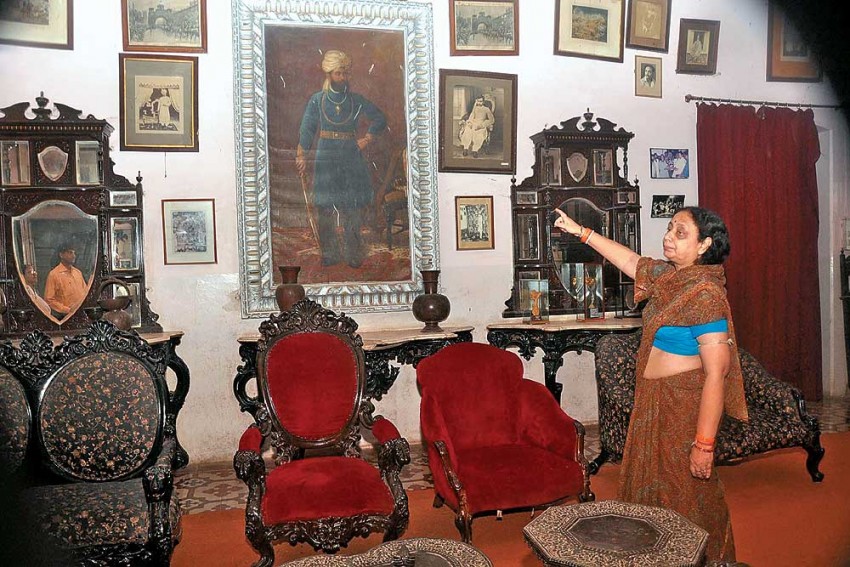 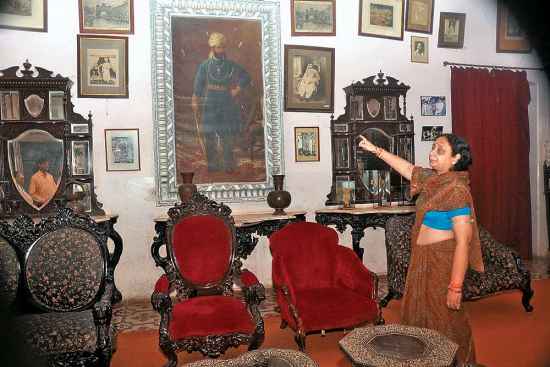 Ratu Maharaj, or Raja of Ratu, is how Chintamani Sharan Nath Shahdeo was known till he died in July this year. With him draws to a close one of the world’s longest recorded dynasties. Dating back to 64 AD, it lasted 1,950 years. The Imperial House of Japan, a clan in Bulgaria and the Hong Bang dynasty of Korea are the other dynasties that have lasted as long, says Aditendra Nath Shahdeo, a cousin and official biographer of the last maharaja.

Ratu Maharaj’s only son (he has four daughters) died childless in 2010. The daughters now plan to form a trust to maintain the Ratu fort. Boasting 103 rooms, it was fashioned after the Buck­ingham Palace. Aditendra, who teaches commerce at a local college in Ranchi, points out several unique features of the dynasty. “It never saw a revolt and never collected revenue from subjects barring grain and animal offerings from tribal chieftains on Dussehra,” he told Outlook.

The family maintained such a low pro­file that it is hard to find a plaque, insignia or a signboard even at Ratu, 15 km from Ranchi. “This is because the family did not want to publicise acts of charity,” claims one of the daughters. Aditendra confirms the family donated large plots of land for educational, religious and other purposes but on the express condition that the donation remain anonymous. “Although the GEL Church, the Ranchi Club and even the police station at Ratu are built on land donated by the Raja of Ratu, you won’t find one marble plaque as acknowledgment,” he says.

The family kept such a low profile that it’s difficult to find any plaque or insignia even at Ratu, the seat of the dynasty.

Family lore has it that Baldeo Das Birla, one of the founders of the Birla empire, wanted the title of raja from the British governor-general and that Maharaja Pratap Udaynath Shahdeo sold him a big plot in Lohardaga at  a nominal price to facilitate the process. A grateful Baldeo Das responded by turning up at Ratu on every Vijaya­dashami to offer a gold coin in salami. PP Compound, a tony residential area in Ranchi, has also come up on land the raja donated to A.T. Peppe, a British manager. The colony name is probably a corruption of the manager’s.

It was a tribal king—Madra Munda—who in the first century AD adopted Phani Mukut Rai. He became the first ruler of the dynasty as recorded in the ‘Vanshavali’ or the royal chronicle. The details around the adoption remain hazy, but the dynasty seems to have been popular among tribals, who have continued with the tradition of offering special flowers to the family on auspicious days.

Such respect and popularity did the dynasty go on to garner that politicians and political parties would seek its support after Independence. Chintamani Shahdeo himself was elected an indepen­dent member of the Bihar legislative assembly from the Ranchi (Sadar) constituency in 1957, and was later elected to the legislative council. But though nominally a Congress member, he kept aloof from ‘politics’, even turning down a cabinet minister’s post offered by then Bihar CM K.B. Sahay. His only son too was elected MLA twice. His widow and sisters, however, have shown no inclination for a career in politics.

Also, unlike other dynasties, the Nag­vanshis do not seem to have revelled in the glory of battles fought and won. You won’t find any arms or cannons at the fort, only two antique swords in one of the drawing rooms. If they fought any battle, they do not seem to have kept any record. They did suffer reverses during the Mughal period, it is acknowledged.

Ratu became the seat of the dynasty in 1870 after a shift from Palkot. That was the year when Rani Laxman Kunwar, who was from Bengal, started the tradition of observing Durga Puja, still a major attraction in the region.

Women of the dynasty have enjoyed equal rights, says Priyadarshani, one of the daughters, married into the Shank­argarh family of Uttar Pradesh. Grand­son Kaushalendra, who looks after the Naroli estate in UP, concurs. The daug­hters and the daughter-in-law will both ther­e­fore look after the Ratu estate.

By Suman Shrivastava in Ranchi

(Suman Shrivastava is a Ranchi-based journalist.)