Valmiki’s Exile To The Petrified Forest

The story-teller is again a renegade. Pasteurised, cleansed and rid of all human flaws, our gods will be frozen into lifelessness. 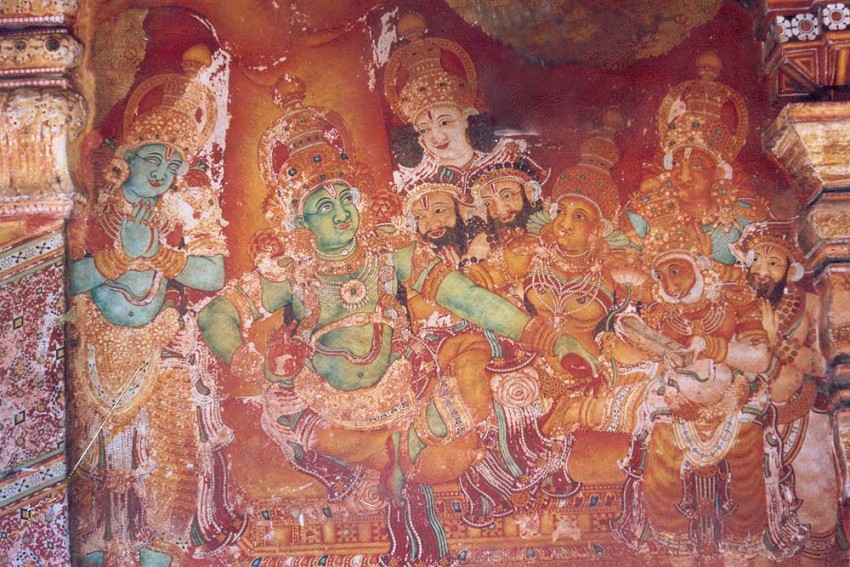 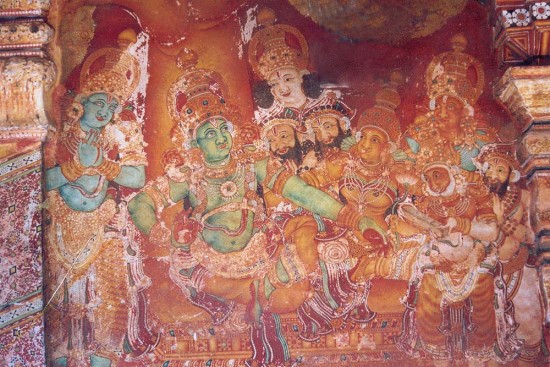 India is heir to a mythos that has rebirth as a central motif. Even divinity appears in the world of mortals again and again. But now a curious modern inversion seems to be taking hold—it’s a certain kind of death that is rhythmically repeated, like a perverse rhyme scheme. The chosen one for this periodic ritual sacrifice is the figure of the writer-scholar. That the figure perhaps embodies one of the purest realisations of Homo Sapiens, Thinking Human, may seem like a grand evolutionary idea. But a kind of species survival indeed seems to be at stake; a cult of anti-thought washes over everything. To speak a little grandly could be pardoned, for the signs are all over the place. The word ‘intellectual’ is practically a cussword now—it elicits, at best, derision and mirth; at worst, it could be a bullet between the eyes. “Direct brain,” as a snarling crime lord on screen said once. Entire libraries can be ransacked for the presence of a scholarly text that disturbs received legends. Novels can be banned from university libraries by political princelings. The mere mention of Rushdie can set teeth grating. Ramanunjan turns into an arch-villain for merely surveying a rich field. A writer in Tamil Nadu committed symbolic suicide as this year dawned—“Author Perumal Murugan is dead. He is no god. Hence, he will not resurrect,” he wrote. An epigraphist and medieval scholar was summarily executed the other day in Dharwad. He got no time to write his own epitaph. Mercifully zero on the scale of physical harm, but as profoundly devastating in its import, the much-ballyhooed thought world of Kerala has now sprung a new low. In a month devoted to readings of the Ramayana, a scholar was forced by anonymous callers to stop a series he was writing on the epic in Mathrubhoomi newspaper. His ‘crime’—that he carries a Muslim name—would have been seen in any sane world as a sign of grace.

In the autumn of his life, all M.M. Basheer wants is peace. For four days, local television has been roiling with debates that feature his troubled tryst with Valmiki as the 'burning issue'. He has respectfully sought abstention from all of them, and watches them in a spirit of self-ironic black humour. He is no longer optimistic about a public, mediatic resolution of things. After five-and-a-half decades of total immersion in the world of letters, the scholar is in retreat. He laughs about his predicament, but you sense a deep sorrow—he is stricken to see the sickness that’s spreading, clogging the arteries of his world. For Basheer is the child of what was once a robust ecosystem of ideas—Kerala’s writers, poets and thinkers did not inhabit solitary silos, cut off from the outside world, or insulating themselves from the onus of being in conversation with the public. In many ways, they made up the public life, interpreting the world for themselves and everyone else in new and contentious ways, in special acts of translation. Vitalising that buzzing network was a responsive reading public. In village libraries, one could find well-thumbed translations from other language literatures—everything from Ajeet Caur’s Khanabadosh to Marquez rendered straight from the Spanish. In going for quantity, though, Kerala seems to have lost out on quality of literacy. The scholar now stares wistfully as the undefined white space bet­ween the lines—the space for interpretation and exegesis—shrinks in front of him.

All M.M. Basheer wants is peace. after five decades of immersion in the world of the epics, the scholar is in retreat.

There is a more tragic aspect to this story, one that those outside the traditional lifeworld of Kerala may find hard to comprehend. Even in the north, Muslims could be fascina­ted by the great epics, be drawn towards its figures. In Kerala, around the Vaish­nav sphere of Thiruvananthapuram or at local shrines to Dravidian deities like Sastha and Madaswamy, Muslim engagement with things Hindu could get much deeper. Not only participating in festivities, but giving votive offerings, actively worshipping. There is such a thing as the Mappila Rama­yanam. Some do the Sabarimala pilgrimage. In short, they could freely immerse themselves in Hindu devotional life, without anyone feeling any contradiction on either side. Religion was culture, and there are no aesthetic silos that can contain culture. By its very nature, it both absorbs and overflows. As Basheer spoke to this writer over the telephone, gently parrying req­uests for a copy of his unpublished sixth essay or an interview (we are taking the liberty to quote him), he reminisced how he grew up in a house in Pettah that shared a wall with a temple, how his mother would take the children there, how he had authentic renderings of stutis at his house while the temple lapsed into film versions, how his has been a lifetime spent in respectful readings. From Valmiki, to Adhyatma Rama­yana, to Ezhuthachan’s popular founding text based on the latter. How someone from the RSS called him to express reg­ret about what happened, and to say they had nothing to do with it. “Those who made threatening calls to me didn’t know the first thing about the texts. Even those debating on TV, I could tell they hadn’t really read them. Valmiki treats of Rama as a human figure, as a hero with dilemmas and failings, and even upbraids him.” 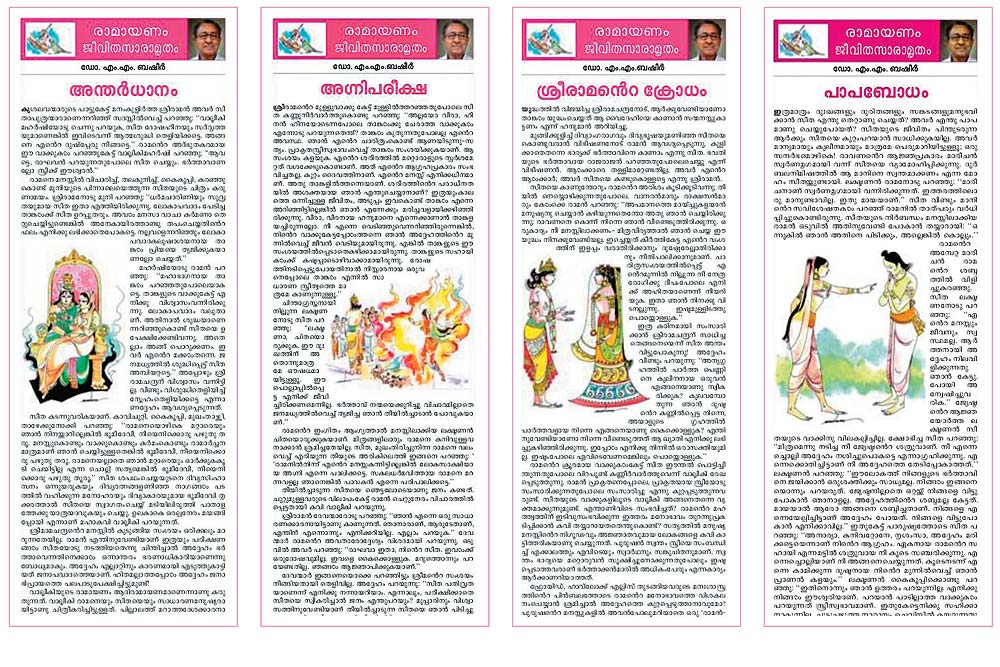 Four cantos Basheer’s series on the Ramayana, published by the Mathrubhoomi

The real reason for the ‘controversy’ is quite clear. Over the last three decades, the Ramayana has got mired in cantankerous but wafer-thin debates over ‘religious’ and ‘secular’, with no quarter given even to that older division—between ‘sacred’ and ‘profane’. As the sacred was deployed in the service of the profane business of politics, a cardboard depiction on television became the benchmark, the lack of facial mobility on its lead actor mirroring the loss of flexibility and attrition of interpretive space in the public mind. A screaming literalism, a rigidity that ought to belong to the mortuary, took its place. Scholarship became the inevitable victim. What it leaves behind is barren, fallow land. And a deep-frozen text.

The Buddha in treta yuga? does Valmiki’s story have layers of interpolation from a much later Pauranic epoch?

To see that it was once a living text, we need only look at how the figure of Rama evolved from that of Valmiki’s great hero, ‘narottama’ (best among men), via a gradual process of theosis, to the transcendental Godhead of Adhyatma Rama­yana—a later Pauranic text, perhaps only half a millennium old, where all risky human qualities are leached out of the figures, Rama is presented from the outset as four-armed Vishnu, predestined for his divine role, and not the real Sita but a simulacrum, Maya-Sita, is abducted by Ravana. In this late text, the divinisation is so total, every figure is insulated from the pitfalls of earthly life. Our modern encou­nters with the epic are framed in a schism: an enchantment with the very human situations in Valmiki and a squeamishness for the fleshly that’s a trait of latter-day tellings. It’s logical to project this movement backwards, for early signs of this. That the text we know as Valmiki’s itself could possess a history of editing, interpolation and redactions is well-attested. There is the old debate around Verse 34, Sarga 109, in Ayodhya Kaanda. A long line of readings, from early western translators like Griffith to Indian scholars like Desiraju Hanumanta Rao, has cast a knowing eye on the sudden deviation from anustup metre in the verses that seem to criticise Buddhists and atheists—“Yathaa hi chorah sa tathaa hi buddha”. The translations offered range from “The Buddhist is like a thief” to those that explain away the words “buddha” and “tathagata” in literal ways (“intell­ect”; “one who follows that path”). Sage Jabali as a Buddhist? The Buddha in treta yuga? The possibility that though Valmiki’s story is older, the final version reveals the warp and weft of later redactions, in line with the ideological needs of the Pauranic age proper, late first millennium BC, can be denied outright only by a lobotomised footsoldier of the Hanuman Sena. A text published by the Ramakrishna Miss­ion says it simply: “The first and the last books of the Rama­yana are later additions. The bulk, consisting of Books II-VI, represents Rama as an ideal hero. In Books I and VII, however, Rama is made an avatara or incarnation of Vishnu, and the epic poem is transformed into a Vaishnava text. The reference to the Greeks, Parthians and Sakas show these books cannot be earlier than the 2nd century BC....”

There are other fascinating areas of research. Where exactly was Lanka—the word, after all, only means ‘island’. Where, indeed, was Ayo­dhya and the Sarayu? Was the geography of the epic remapped from the old Vedic lands of the west—from modern Afghanistan up to the Indus—to the Gangetic belt in the iron age, and thence extended to cover a national conception (complete with ‘Sri Lanka’ as Ravana's outpost)? Fairly compelling evidence has been advanced by scholars, most recently by astrophysicist Rajesh Kochhar. What of the epic’s deep-structural identity with Homer’s Iliad—an abduction of the queen, a crossing of the sea, then war—that has long been the stuff of comparative mythologists? Can the basic frame of the Ramayana have a proto-Indo-European story-kernel? An epic that itself recurs in successive flashes of ancient memory, like a deeply emb­edded dream? The story itself as avatara? All these are legitimate lines of analysis, and must be accessible to a thinking public—instead of a text and its meanings being snatched from the people. If this conflicts with political projects of manufacturing con­sent, so be it. The Ramay­ana itself says, “Apriyasya ca pathyasya vakta shrota ca durlabha” (Yes-men are easy to find)…those who speak the bitter, wholesome truth are rare. On the other hand, this in no way conflicts with the basic arc of devotionalism. Devotion gestures at another realm, and needs no support from the mundane. Basheer had not even raised any of the contentious issues, he was merely explicating Valmiki. There is no issue even with his ‘situatedness’, as it were. His life is nothing if not a logbook of real devotion to the texts.