Kamal sacrifices what could have been a powerful story to please his narcissistic self. 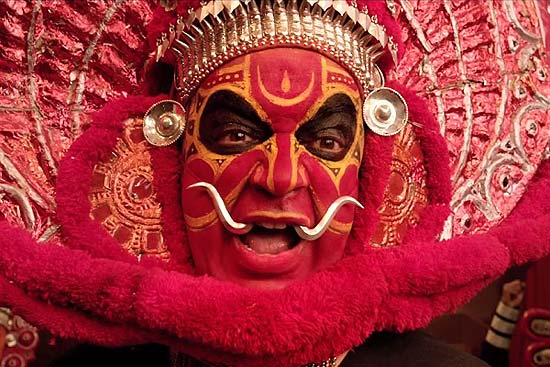 How many Indians do you need to change a light bulb? Five. How many Kamalahaasans do you need to make a film? One to act, one to act another part, one to sing, one to dance, one to be a comic, one to cry, one to write, one to direct (albeit through proxy).... The one thing you can say about him is that he does not seem to get tired at all—we would have thought that after doing a film in which he had ten roles (Dasavataram), he would prefer not to do everything in a film.

But no, he goes and does Uttama Villain, which has many shades of the autobiographical. It is about a popular and successful actor, Manoranjan, played by Kamal. It is also about movie-making, Kamal’s own films, the Tamil film industry, paying homage to the iconic director K. Balachander, who was instrumental in Kamal’s career and about mortality. If all this had been done with some thought and sensitivity, this movie could have become a classic. Instead....

Manoranjan’s personal life is occupied with drinking bouts and romancing a pretty doctor (Andrea Jerem­iah). Soon, he discovers that he is suffering from a fatal brain tumour and wants to make a last meaningful film with his first director, Margadarsi (K. Balachander), whom he had abandoned in search of popular success.

In between, he discovers that he has a daughter from his first love, whom he had to give up due to some contrived machinations of his father-in-law. And in confronting his past, he bonds with his young son and a cantankerous wife (Urvashi). In between all this, he is shooting his last film, Uttama Villain, with his favourite heroine (Pooja Kumar, who manages to pull off absurd scenes with some panache) about a man who apparently cannot die.

The apparent immortality of Manoranjan’s character, Uttaman, is in opposition to his real-life terminal illness. So while kno­wing he is dying, he is playing the character of a man who just refuses to die. What could have been a brilliant play on this theme turns into a mishmash of old Tamil historical drama and some puerile comedy (but interposed with some exquisite choreography). Kamal is so obsessed with himself and his multiple talents that he sacrifices what could have been a powerful story to please his narcissistic self.

Films about the making of films and about the real life of actors can become tedious if not handled properly. This is primarily because the director has to tread a fine line between the genres of documentary and fiction films since making a film about a film can take on the feel of a documentary. When Ramesh Aravind atte­mpts to do this arduous task, we only get a confused film where the director and the actors seem to have little clue to the filmic space they inhabit.