The classical maestro opted for Pakistan but admits he paid a price for it: his music. 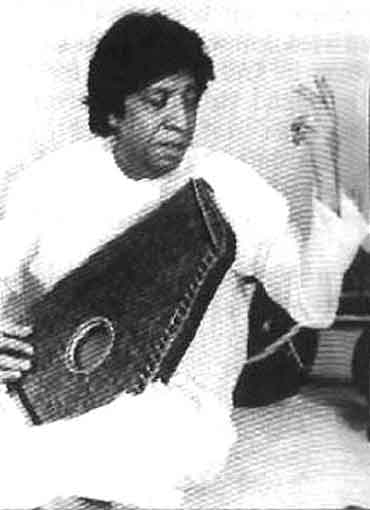 IN the 1950s when I was visiting Ustad Bade Ghulam Ali in Bombay with my brother Amanat, he urged us to leave Pakistan and move to India. "There are only qawwali listeners in Pakistan, and classical musicians like you will be frustrated because nobody is going to take care of you," he told us. We didn't heed his advice. Sometimes, I wish we had.

For me, the Partition was a painful experience. It was a historic compulsion, really, and we went through the motions. Amanat and I were born and bred in the legendary Patiala gharana of Punjab. We soon followed in the footsteps of our forefathers and when I was 10 I was performing in the court of the Maharaja of Patiala along with my father Ali Bakhash Jarnail. We were always secure in the thought that the Maharaja would take care of us, but when Sikh goondas attacked us one day, my father decided to troop westwards.

Amanat and I came to Lahore sitting atop a train. Even now, when I travel by train, I always look at the roof and bitter memories come back to haunt me. For someone who had been brought up in considerable Ipmfort, the journey was a nightmare. What I didn't realise was that there was more horror in store.

More than us, it was our father who was shocked with the treatment we were meted out in a country we thought would be a refuge. Our father, who was so used to performing in a king's court, now had to go door-to-door give tuitions to feed the family. We helped him along, but I think, he suffered the most because of the Partition. Initially, the whole family subsisted on a paltry Rs 45 that we earned for each performance on Radio Pakistan. Gradually, as we settled down, we started getting invites from India. This gave us some breathing space With television's arrival and thanks to the relatively liberal policies of Gen. Ayub Khan, we had some good times. But after the war we stopped receiving offers from India too, which spelt the doom for our classical art, our music, the only thing we had been trained at as a child.

With the mounting tension between the two states, the struggle for survival intensified. It became difficult for an artist like me to make music in the politically volatile Pakistan of the post-'71 war. I began looking outside Pakistan to keep the rich music tradition of my family alive. Today, I have dozens of pupils spread all over the world and I hold occasional concerts in Europe and North America. Just to keep me going.

I am 64. And I live in one of Lahore's poor suburbs. Only my god and I know what I have suffered through the years.