"US Preaches One Thing, Does Another"

Prof Edward Said talks to Rahul Sagar about the US role in West Asia and the burden a history of suffering places on the Palestinians. 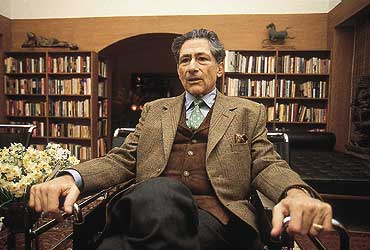 outlookindia.com
-0001-11-30T00:00:00+0553
You have identified arrogance and amnesia as the central features of US foreign policy. Now take, for example, the American establishment's recent love affair with the 'democratic peace thesis'. Why, in an amnesiac sense, is this preaching never directed towards the Middle East?
It is quite clear that the US has made its peace with an Arab state-system that is basically undemocratic and oligarchical. On the other hand, there are considerable currents in the Arab world that are pro-democracy. While those currents remain, many undemocratic regimes—which the US has been supporting because it desires stability and cheap oil—continue to prevail in the Middle East. The result is that there now exists a more profound anti-Americanism in the Arab world, and I don't just mean street demonstrations. There is now a critical understanding of America, of American attitudes on issues ranging from the Kyoto Protocol to the Landmines Treaty. So, is the current state of affairs in the Middle East sustainable? I don't think it is. There is a growing awareness of this tremendously contradictory US position, of preaching one thing, doing another; talking about democracy while being anti-democratic.

You've written that there cannot be a magical, overnight solution to the Palestinian problem "as we cannot deny the weight of the past". Does there come a breaking point when the sorrows of the past become too heavy to allow for Palestinians and Israelis to envision a collective future within the realm of your bi-national solution?
That is a very profound question. I don't know if this is an elusive answer rather than a direct one when I say that it is really necessary for the Palestinians to keep thinking in terms of their liberation rather than in terms of a peace process that might lead to some nebulous idea of a Palestinian state which has been the Oslo gamble.

What we need is a change of attitude on our part and say that we are looking for freedom in the way that everybody else in the world understands that. This means territories have to be vacated and settlements have to be dismantled. What will have to happen is something involving a lot more sacrifice on the Palestinian and Israeli sides because they are determined to hold on to the settlements. Sharon is quite clear about this: he will never dismantle any settlements. However, every settler movement in history has said the same thing; in the end they do dismantle because it becomes impossible to maintain them.

The burden of the past could be transformed into something positive rather than feelings of resentment and anger. But I don't know if it is humanly possible. However, I think that most of us can do it at an individual level. There are those who are doing amazingly courageous things such as the Rabbis for Peace and the Movement Against Demolitions. It is important for us to think of them as role models and hope their number is expanding. What we haven't done is to join ranks in the way in which South Africans made a major effort to increase the participation of whites.