Up The Reform Alley

For higher growth, India must change its archaic laws and boost foreign investment 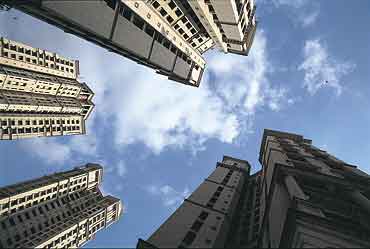 outlookindia.com
-0001-11-30T00:00:00+0553
The professor said he wanted me to speak to a group of non-resident Indian students who wanted to know from someone who has practised in India how difficult it can be to set up business in India. With that thought and little else by way of preparation, off I went to the London Business School to meet a group of 40-odd students, who wanted to know if they ought to go to India to start their careers.

It set me thinking and I talked of the time when I had, 20 years ago, set up my investment bank in Bombay, called Creditcapital. We had a few phone lines then, but to make a call we had to pick up the receiver and wait for a dial tone, then dial quickly and hope that it rang on the other side, and if it were engaged, then redial, but would have to wait for a dial tone again.... I could see disbelief in the eyes of these 25-30-year-olds for whom a phone or a mobile is a casual thing today.

That is how much India has changed in these 20 years. Remember oyt? That great expression for Own Your Telephone, which progressed with a three- to five-year time lag. Now, if you order it today, you should get your connection by tomorrow. The Indian telecom industry has actually leapfrogged and is today one of the highest quality telephony services in the world. Many times I am unable to get through to my office in Bombay from London. A quick email saying call me back and India is able to call quickly, with high-quality transmission and what is more, at a price cheaper than its western counterparts.

The year 1991 was a time of major economic crisis: forex reserves had fallen to below a billion dollars. India had to swap its reserve gold to raise foreign currency resources; I had a hand in that transaction. Media and political parties went berserk; it was like touching the holy of holies. Yet, what choice did we have? Today, India has a reserve that will soon touch $150 billion. That was a crisis brilliantly dealt with by the Chandra Shekhar government.

Then came the Narasimha Rao government and at the time of the swearing in, we saw a familiar figure on the TV in a blue turban, that of the gentle former governor of Reserve Bank of India, Dr Manmohan Singh. He went on to become the finance minister and, as they say, the rest is history. As finance minister, Dr Singh had the vision and ability to be an out-of-the-box thinker. Then came his 1992 budget speech and India started opening up. Reform became the buzzword. Political parties gave speeches for reform, or spoke against it, not knowing what reform was and never having a clear idea. In Bihar, a particular garrulous politician told the audience that reform meant that all neem trees in Bihar would be sold to America and the poor people would have to buy 'datun' from America; on cue, everyone in the audience in chorus said Narasimha Rao murdabad! So much for politics and the reform agenda. 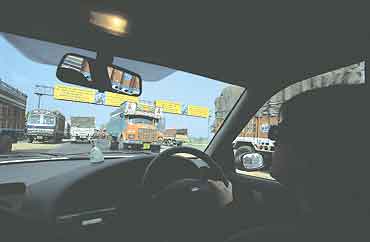 But it was only then—in 1992—that Indians learnt that remaining shackled to a licence raj that aided only the self-serving politicians and bureaucrats was not the way for India to progress and that opening up could well be worth a try. But India's path to economic glory has always been strewn with obstacles. Came the Harshad Mehta fiasco of mid-nineties and later it was the Ketan Parekh scam of 2000. These were setbacks that gave a voice to the opposition to say that using a broad brush for reforms was bad. An interesting observation by the then chief minister Jyoti Basu still rings clear in my ears: "When you open the window for fresh air, some insects are bound to fly in."

But after all that has been said and done, the truth is India is growing at about 7 to 8 per cent in GDP terms, second only to China and its per capita income today is about Rs 27,000, much higher than at any time in the past. The day is not far when the per capita income will hit the magic figure of Rs 50,000 and then you will see the power of retail.

So far, India has played a cautious game—been cautious on foreign exchange, on convertibility, on opening up the economy completely. Anytime any government has tried to do more, the Leftist parties, with 3 or 5 per cent votes of the whole country, lead with their vocal chords and prevent it. Airports are creaking today. If five flights arrive at the same time in Mumbai at midnight, the chaos that

follows has to be seen to be believed and usually experienced by the hapless passenger. Yet, we hear that the wise men have objections against bringing in foreign expertise and capital for better airports. Yet, new flights have been launched—Virgin, British Midland, Jet and Sahara to and from London. I shudder to think what will happen to Bombay airport unless its infrastructure improves.

Budget time has come and gone. Hoopla over, back to brass tacks as they say. It is here that the government can make a difference. Instead of talking about China getting $60 billion by way of foreign investment, let us make India ready for receiving half of that amount. Because we aren't ready. And because we haven't quite finished with our internecine battles of the Right and the Left, a very Leftist China has made off with the spoils. I am convinced that Marx and Lenin had special chapters for the Indian Communists—chapters that have remained a secret from the Chinese comrades.

What this government can do is to rapidly open up the investment sector. Capital formation is the crucial need of the hour. Even now, rules and regulations—many of them archaic—hold back foreign investment. It is an attitude that seems to say that investment is not that important, but the form must be correctly filled up. A huge mental transformation is required. Large investments are required for ports, airports, roads, bridges and highways. Allow investment, it doesn't matter if it is in local currency or in foreign currency. Investment will bring in its wake development, which will bring employment, which will in turn get the spending power. All so that we can rightfully claim our place in the land of economic glory, because we deserve to be there.

One great positive is that 55 per cent of India is below the age of 25. It is a young and vibrant India that is demanding from its leaders—a more dynamic, efficient and less corrupt India, an India comparable to any developed economy in the world. Then only the best and brightest of Indians around the world will not think twice whether to return to India or not. Because India will then become the global major.

(Udayan Bose is an international banker. He lives in Bombay and London.)