Unmade In Their India

Assam is counting its migrants. How real is the process, how humane? 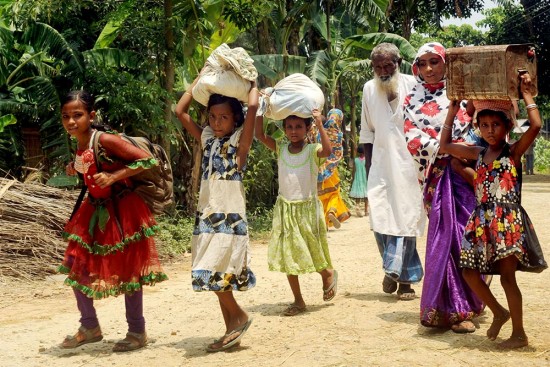 It was drizzling on the evening of May 18, the day before the counting for the assembly polls, held over a month ago. An anxious Zarina Khatun was busy luring her children, Zariful, 11, and Sania, 8, indoors with the promise of hot rotis and fried fish when the pol­ice arrived. A neighbour called up her husband Shamsul Haque, a van-ricks­haw puller; before he could rush back, the pol­ice had taken her away. The 37-year-old found herself in judicial custody on suspicion of being an “illegal immigrant”.

“I rushed home to find my children screaming and crying in fear,” he said, his eyes welling up, when Outlook caught up with him three weeks later. The fear and trauma of their mother’s arrest plays large in the eyes of the two children.