After Harvard et al, the IITs take the lead in online professional education 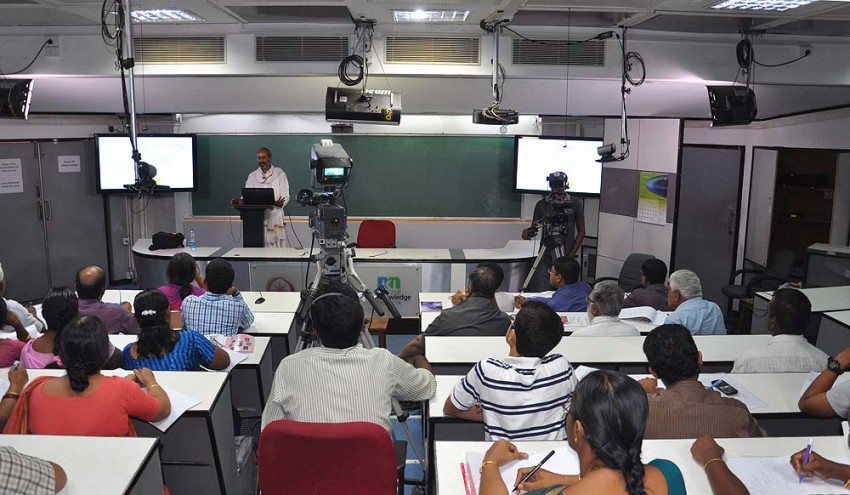 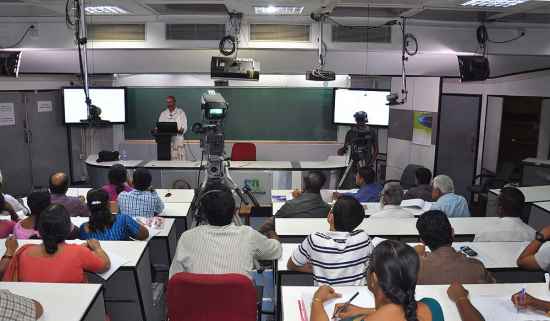 Last month, the Georgia Institute of Technology in Atlanta, US, announced that it will offer its first online master’s degree course in computer science. It would also be one of the first full credit online courses in the world. In India, an initiative led by the IITs and the Indian Institute of Science is attempting to do something similar. Recently, the Indian government announced a tie-up between the US-based Cornell School of Administration and the holding body of hotel management education in India under which hotel management aspirants would be able to study and get, right here in India, a degree from the famous seat of learning. The entire course will be online. These are not scattered developments but part of a gradual move the world over to offer serious, mainstream education online. The question, however, is qualitative: can technology-aided access to quality education transform India’s education system?

Basically, India has a large mass of aspiring students vying for too few seats in too few good colleges, especially in technical fields. There have been plenty of new brick-and-mortar institutes, but they are mostly substandard, fail to attract students and often have had to close down. In this scenario, say exp­erts, only online education can fill the gap as it can cater to a large mass of students with a small group of quality faculty. Already, this model has spawned considerable success in coaching, tuition and entrance tests, which have all gone online, including the coveted Common Admission Test for IIMs. The next step, of course, is for courses to go fully online.

While small steps are already being taken at the primary and secondary level where many schools have started putting their regular and vacation homework online and enc­ourage students to do their regular school work online, the most serious work in India has been done by seven IITs and the Bangalore-based IISc. Their initiative, called the National Programme on Technology Enhanced Learning (NPTEL), with support from the Union HRD ministry, went onstream in 2012. The initial videos uploaded received 62 million views and over 1,10,000 subscribers.

As of now, NPTEL has accumulated over 600 full courses on engineering and science. According to people involved in the overall planning and execution of the project, NPTEL will by December 2013 have in its fold over 1,000 engineering and science courses and will approach the government to set up India’s first virtual university, the groundwork for which has already been done. The university, the first of its kind in India, will offer education exclusively online.

Says Dr M.S. Ananth, visiting professor, IISc, former director, IIT Madras, and one of the pioneers of NPTEL as well as its first chairman, “With an acute shortage of seats and faculty, we have to exploit ICT (Information and Communication Tech­no­logy). We were supported by the National Mission on Edu­cation and now we have over 1,000 faculty in NPTEL. Our videos have got massive hits. Apart from the IITs and IISc, several others, like NITs, have written to us to be part of this.” According to Ananth, the initiative is ready with a bachelor’s degree and even a master’s degree course and covers five major disciplines apart from several science-specific subjects.

Even as NPTEL is gathering steam and convincing universities to get on board, newer universities and institutions are upping the ante for online courses. The upcoming private Ashoka University plans to expand its reach beyond its initial 400 students to 3,000 students using the online mode. Among the top ins­titutions is IIM Kozhikode which recently started a few courses online and has received hugely encouraging res­ponse from all quarters.

There is, however, reluctance from even seasoned teachers about online education. They feel it can’t become mainstream as it lacks the human touch so very necessary in learning. Even as IIM-K offers courses online, its director Debashis Chatterjee says: “Things like mentoring and coaching, and quality face-time between students and teachers can never happen online. This is why real Ivy League schools still believe in chalk and talk methods even though Harvard and MIT are moving online.”

Prof Nalin Pant, an experienced IIT professor, feels it lacks the emotional connect that classrooms provide. “I’m not convinced it’s working anywhere in the world,” he says. “The noise is just by vested interests. The fundamental problem is the default assumption that one size fits all. We need physical and eye contact to judge a student. There is a teacher’s point of view, discussions and feedback after a class. Where will you get that online?” The opposing point of view is that there is paranoia and inertia among many academics who think online education may make many ‘old world models’ redundant.

Irrespective of such debates, universities across the world are trying to find ways by which they can bring online education to the mainstream. Some of the experiments have produced highly encouraging results. Last year, the San Jose State University ran an online course in electrical engineering with a test group with support from material provided by EdX, an initiative started by the Harvard University and MIT last year. Surprising everyone, students from that section passed the examination with much higher marks than those taking the regular, classroom course, forcing the auth­orities to open online courses to other subjects.

Online education gathered steam in the US when, following the announcement of EdX last year, the universities of Stanford, Michigan, Pennsylvania and Princeton got together to launch Coursera, a company that would offer online cour­ses. EdX, Coursera and Udacity—a private initiative developing from a Stanford experiment—have been producing extensive course material under the Massive Open Online Education (MOOC) initiative, available to students across the world.

In India, the quality of online content is also an issue. Says IIM-K’s Chatterjee, “A lot of content available online is substandard. Mere digitisation of content is not enough. It will solve the problem of quantity but not value.” It also has to be carefully monitored, he says, lest it fall into the wrong hands and become just a commercial proposition. That brings up the role of the regulator, who has the arduous task of monitoring a sector that is growing uncontrollably (see interview).

The solution? A blend of the offline and online perhaps, where practical classes or mandatory face-time is built into the curriculum. Obviously, the search for a winning formula will take time. But once found, it will be transformative.