Uniform Justice Diary | Encounter Killings: When Truth Is Forever Banished To The Realm Of Conjecture

The facts behind Vikas Dubey’s network, the powerful people under whose patronage he prospered, will not come to light now 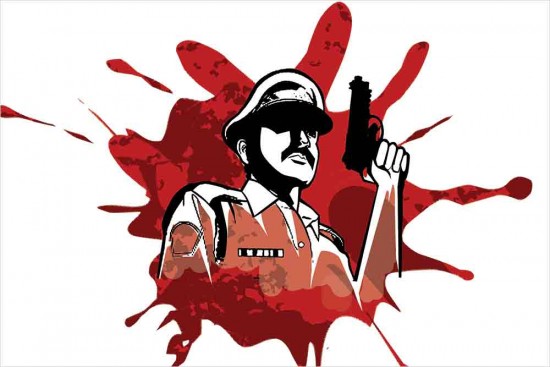 I was sitting over lunch with a retired Karnataka DGP on that Thursday afternoon. He had at one time headed Prisons and also had a stint in central IB, so was serving up some macabre stories from the days when he headed one of the largest prisons of Bangalore, which held 5,000 prisoners—and for dessert, we scooped up a few heart-warming stories about hardened criminals. That was when the news broke: Vikas Dubey had surrendered at an Ujjain temple. We exchanged knowing glances. The police chief finally broke his silence. “It will be the stupidest thing for the police to kill him. But that will likely be his fate. In fact, protecting him from rivals or even allies who may want him exterminated and ensuring he doesn’t take his own life should be their utmost priority…so that they can investigate his modus operandi, his infrastructure, his informants, his nexus of politicians, bureaucrats and business associates, his money trail and so forth.” Barely eighteen hours later, there was another flash: Dubey had been killed. It strains credulity that a dreaded criminal who surrenders voluntarily unarmed will try to escape right after, grabbing a weapon from a policeman’s holster. The truth here is forever banished to the realm of conjecture. But what will stay even beyond the reach of that are the facts behind Dubey’s network: the powerful people under whose patronage he prospered, without whose help he could not have ambushed and killed eight policemen.

Logic is a Fugitive

Among the many memories this dredged up, top of the pile is the still-vivid one of Andhra Pradesh cops killing all four accused in the Hyderabad gangrape-murder last year. The similarities are striking. At an obvious level, the mise en scene itself. The Hyderabad cops, incredibly, led the accused to the scene of the crime at 3:00 am without handcuffs. Now, the UP cops were transporting Dubey in a police van without securing him. The script thereafter seems so well-rehearsed that any kid could enact it blindfolded...an attempted break for freedom, and bullets shot from the back that often miraculously pierce the chest. So much for method and circumstances. The real underlying continuity, however, is psychological. It relates to the public validation, the sense of justice being done—indeed, even relief. People feel this is swift and well-deserved retribution for brutal, sadist criminals. Sure enough, social media was full of praise for the police both times. A blood-curdling, gory and unspeakable crime had been avenged.