Excluding Pakistanis from the IPL was a sordid affair, and Modi its unctuous author 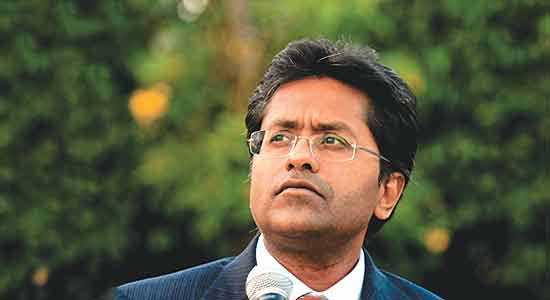 The key to the chaos that followed the non-sale of Pakistani players at the Indian Premier League auction on January 19 lies buried deep in lies—but the lies are so mired in contradictions, it’s clear the operation has been bungled.

It has become evident that the franchisees actually wanted several players from Pakistan; it’s also become clear that the Indian government didn’t play a role in the exclusion—on the contrary, the government had given 17 Pakistani players visas in December. All along, the Board for Control of Cricket in India and the IPL have insisted that the franchisees were and are free to buy players of their choice. So who prevented the franchisees from choosing players from across the border? It wasn’t the IPL governing council, as Rajeev Shukla, BCCI vice-president, says: “There were no instructions to the teams from the IPL governing council not to pick Pakistani players.”

But sources say instructions were  indeed given. And the man giving the instructions, according to sources at IPL franchisees, was IPL commissioner Lalit Modi himself. “It was he who personally advised franchisees to not buy Pakistani players at the auction,” a source with an IPL team told Outlook.

“The Royals wrote to me saying I’d play for them. Then I heard I was to be put on auction. The humiliation came later.”
—Sohail Tanvir

It’s true that not all Pakistani players—of the 11 up for auction—would have aroused interest among the franchisees. There was a spending ceiling of $750,000 for each team; and for the 66 foreign players on sale, there were only around 12 slots available because the rules restrict the number of foreign players in a full squad to eight and in a playing XI to four.

Several people, from Rajasthan Royals co-owner Shilpa Shetty to BCCI secretary N. Srinivasan, tried to explain that some other top players from other countries were unsold too. And yet, no cricketing logic can possibly exclude all the Pakistanis from Twenty20 strategy; they were not picked up because Modi, sources said, advised against it. Modi, it’s learnt, explained that there could be “problems associated with these players, especially relating to law and order”. These, the source said, were not ideal for a tournament where the main purpose is marketing. Modi, when contacted by Outlook, said in an sms text that he would offer no comment.

Publicly, Modi and the BCCI have maintained that the teams were completely free to pick up any player. Modi told a TV channel: “There was no pre-decision. They (franchisees) were all worried about availability and that’s why the Australians weren’t picked along with many other players.”

That’s a bit disingenuous, for while the Australians are indeed playing an international series during the IPL, the Pakistanis are not. Salman Ahmed of Portfolio World Sports Management, who manages several Pakistani players, says he appreciates that the sponsors could have been wary about the presence of the Pakistanis due to the 26/11 Mumbai attack, but adds: “The right thing to do is to sit down with the players, explain to them the situation and hand them their money for terminating their contracts. A little tact and honesty would have helped...Modi has played a dirty game by putting them up for auction and then ensuring nobody bought them.”

Until three days before the auction, Tanvir, Misbah, Umar Gul and Kamran Akmal were not up for auction—they believed that they were still contracted with the teams they played for in IPL-1. They had been sent letters by their teams in December, stating they’d play for their respective IPL teams. This was confirmed by a senior official with the Kolkata Knight Riders franchise. There was no talk of them being on the auction list at that stage.

Tanvir, who played a key role in the Rajasthan Royals win in 2008, says it was a bolt from the blue when their names were added to the auction list. “I was certain I was going to play for my team!” he told Outlook. “I’d got a letter from Rajasthan Royals saying I’d be playing this season for them, to help me get the visa. Then, three days before the auction, I was told I was going to be put on auction. And then came the humiliation at the auction—there was no need to do this!”

After the initial lies, some truths have been spoken by several principals of the drama. Shahrukh Khan said it was “humiliating to me as a KKR owner that this happened”; Rajasthan coaching director Darren Berry wrote: “I do know—due to my coaching role with the Rajasthan Royals—that a few weeks ago, Umar Akmal was No. 1 priority on the Royals’ shopping list. As the auction unfolded live on TV in India, it became evident that it wasn’t just Umar Akmal who was in the no-go zone, but all of the Pakistan players.”

“It’s a disservice to cricket. To suggest there was a hint from the government is completely untrue.”

Not unexpectedly, Pakistan reacted angrily at this “humiliation” of its cricketers and nation (See accompanying story). As tempers rose and a Pakistani parliamentary delegation cancelled its visit to India, Indian government was compelled to react to media suggestions that it had influenced the IPL. As many as three ministers spoke their mind, no one more strongly than Union home minister P. Chidambaram, who called it a “disservice to cricket”, and added: “To suggest that there was a hint or nudge from the government is completely untrue.” Sports minister M.S. Gill termed the auction a “fiasco”, and said he hoped the IPL and the team owners had learnt a lesson from it. Ejaz Butt, the pcb chairman, has said he blames Modi for the problems “because he gave me promises and assurances and then ditched us”.

The heat has gotten too much for Modi, and he is beating a retreat. He declared a few Pakistanis could still play in IPL-3 if some players in the teams pull out. There’s a possibility that Razzaq may play for a team in IPL-3. But Pakistan’s anger against Modi’s style of functioning persists. “When the player is bought by a franchisee, it’s for the player and the franchisee to work out things,” Salman Ahmed says. “Why is the IPL commissioner interacting on every small issue with the franchisees? Why can’t the franchisees or the IPL be professional enough and inform the players what’s happening?”

Ahmed intends to do something about it. He plans to hold a press conference in Mumbai in the near future to put the “facts” before people. “Let the people decide, because it doesn’t make sense at all,” he says. “Even the franchisees are not happy, but no one can do anything.” They can’t do anything because Modi has been strutting around, barking orders and making rules, like an absolute monarch.