Home  »  Magazine  »  National  » elections: scribes in the fray »  Under The Byline

Journalists turn election candidates. Can they do a rewrite? 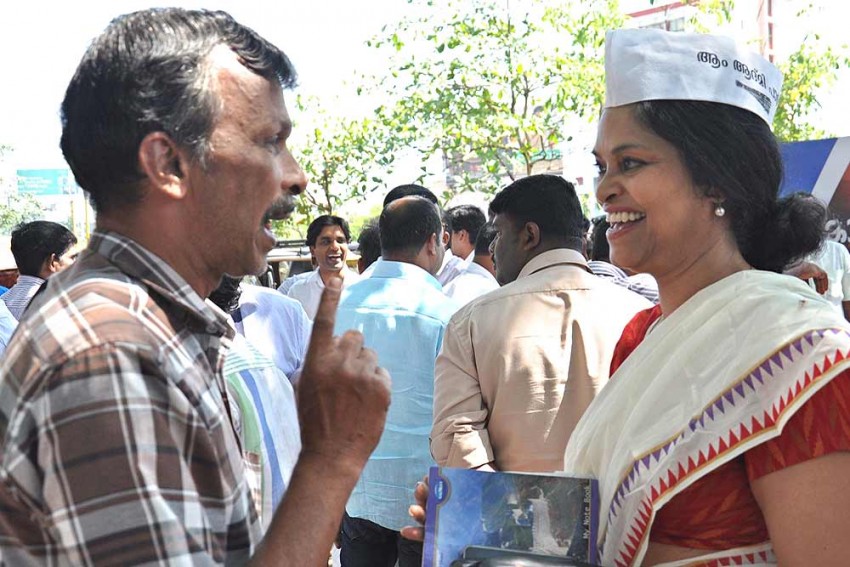 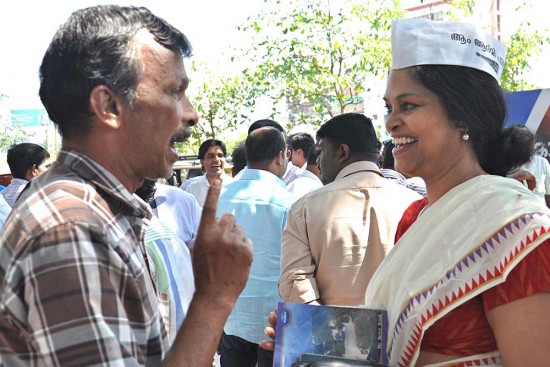 A shoe-chucker, an investigative reporter whose exposes even got PM-aspirant Narendra Modi hot and bothered, a journalist who walked into the Tigers’ lair at the height of the Sri Lanka insurgency, a popular TV anchor—from being staunch adversaries to political bedfellows, Elections 2014 is seeing a steady trickle of journalists taking the plunge, so to speak.

With journalists on the candidates’ roster, this poll season seems a little different from ’09. That said, it’s not as if this path has not been trod on earlier. Shr­i­kant Verma, Udayan Sharma, M.J. Akbar (said to be in the race again), Seema Mustafa, Rajeev Shukla, Chandan Mitra (a Rajya Sabha MP and now contesting LS for the first time), the list is long. Some of them lost while others still swam with the tide. Like them, the new lot of scribes, from Ashutosh (AAP) to Pragati Mehta (RJD), will be hitting the road, seeking out the voter, for better or for worse.

Is it the lure of power that politics offers then, or is it disappointment with present-day media that is prompting journalists to abandon their first vocation? Or is there a third view? One that is making political parties coopt journalists into the political system, with it’s-better-to-keep-your-enemies-closer rationale? Not just the Aam Aadmi Party, the Con­gress, the BJP and even the RJD are offering tickets to journalists. What the ends are in all this is far from clear. What happens when their roles get mixed up? Is journalism compromised?

At last count, the AAP’s enrolment list boasts many more names than the oth­ers. If AAP was a breakthrough in the stagnant political system, for some journalists, joining the year-old party is their riposte to the crisis facing sections of the media today. From corporates to politicians, media ownership patterns aren’t really a secret anymore (with often the duo joining up to run editorial policy).

It is the discourse the politician-corporate nexus seeks to set as the agenda that is being called to question now. Some say freedom of expression, a constitutional provision, is being tailored to suit the needs of the few who claim ownership. It is in response to such a crisis that political commentator Seema Mustafa dec­ided to take the plunge way back in 1989. Political parties (the Janata Dal), did seek her out but she struck out on her own. “It was the beginning of the crisis the media is in today. There were many things we wanted to do, but coul­dn’t. Edi­tors were not their own masters and stories were not judged on merit. We had joined journalism as a way to change the world and saw politics as the means to change it,” she says. She contested twice in the ’90s from UP but lost both times.

After five years in politics, Mustafa returned to the journalist fold, unable to change the system that hobbled her. But it has not made her cynical of those wishing to join parties. She says, “The reason why AAP is an option for many journalists is because it doesn’t appear to be traditional like other parties. Perhaps the journalists feel they are part of a larger crusade to change the system.” Business journalist Nachiketa Desai, who has joined AAP but is not contesting, concurs, “I come from a state (Gujarat) where business houses, netas and the media are a collaborative exercise. For me, AAP is a throwback to the ’70s when we were part of the JP movement.”

Is it the lure of political power, disappointment with present-day media or is there a third view?

Mukul Tripathi from AAP will be taking on Union law minister Salman Khurshid in Farrukhabad. The Amar Ujala reporter, who has several exposes to his credit, says he’s always been an activist-journalist. He says Arvind Kejriwal’s call asking the common man to conduct sting ope­rations struck a chord with him. As it did with Manorom Gogoi, who will be contesting from Jorhat in Assam. The print journalist from Assam Pratidin says both journalism and politics, if conducted objectively, are social service.

There are others like Sucharita Moha­nty, a former print journalist who will be fighting on a Congress ticket from Puri (Orissa). “I have had obvious interest in public affairs. At this stage of my life, I decided to directly contribute by joining politics, which is an instrument of change.” Coming from a political family, she perhaps found the switch easy.

While Mustafa feels that it should be either journalism or politics, there are journalist-editors like Chandan Mitra of the BJP who wear many hats and don’t see any conflict, flitting in and out of both roles with practised ease. The 15th Lok Sabha had a fair sprinkling of those who described themselves as journalists on their profile page: Tathagata Satpathy, L.K. Adv­ani, Kirti Azad, P.V. Baburao Mutt­e­m­war, Sanjay Nirupam and Kabir Suman among others. There are also some who described themselves as pub­l­ishers, namely Mohan Jena, Virender Kashyap, Thol Thiruma­va­lavan etc. The­­re’s also another category, author/journalist, like Shrikant Verma in the 1980s who was a Congress spokesman.

So now the big question. What are the chances of this bunch winning against battle-hardened politicians? The odds are not in favour but it is the rules of engagement they are promising to cha­nge that will be watched closely. And what of the profession they leave behind or, as in some instances, what if they end up with feet on two boats? For some questions, there are no easy answers.