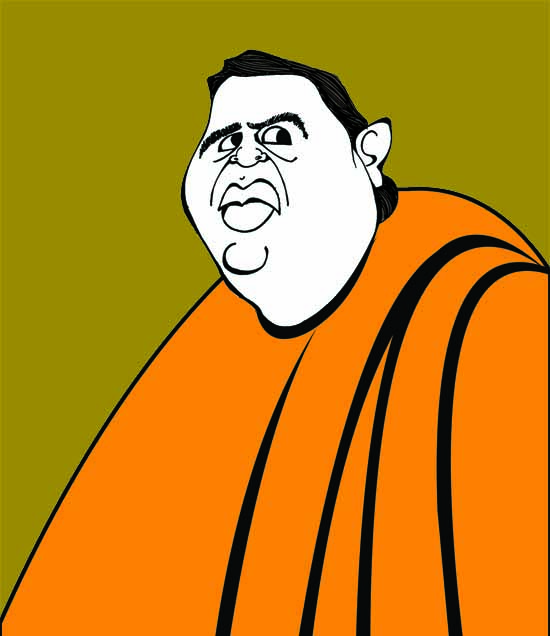 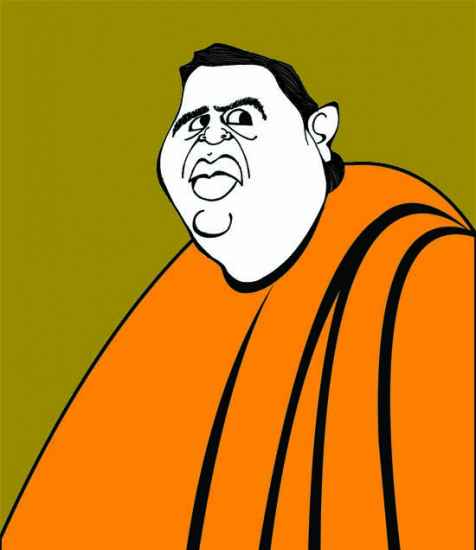 Cheee, chee, log kya kya gandi baath karte hain! Sabse kharab hai yeh akhbarwale. They are godless themselves and insist on abusing even our fast-depleting existing gods. I was so angry at them for accusing one of our respected sants, Asaram Bapu, of rape, and that too of a minor girl. The unholy police of the Congress government in Rajasthan even had the gall to barge into Bapu’s ashram and pollute the holy ground, only to question him.

Yeh sab kya ho raha hai? How could anyone not believe in Asaram bhagwan’s greatness. Have we forgotten his wise words after the gangrape in Delhi last December, something to the effect that had the girl pleaded with the men not to harm her and called them bhaiyya, an incident could have been avoided. These are wise words which can apply to Indian women all over the country. Look at the Mumbai photojournalist girl who went to an abandoned textile mill compound and got raped. Why didn’t she remember Bapu’s advice and plead with the men to treat her as her sister?

The bhagwan’s ashram is holy territory. Of course, some human bones were discovered buried deep in the ashram grounds and other people have been found dead of unnatural causes. And yes, there are allegations that hundreds of acres of public land have been swallowed by the ashram. But that’s all part of his magic. He created the bones for they were ideal fertiliser for the ashram’s brinjal gardens. You see, Bapu loves his baingan bharta—and the purple fat variety grows well when provided with bone fertiliser. Now why should the media write about it and demand a police investigation. Yeh sab kaliyug mein hi ho sakta hai!

I tell you, there is a grim story behind this new rape charge. It was all engineered by the Congress and that Italian woman. The Congress knows the Hindutva parties will grab power in the 2014 polls. And now for some startling revelations for my secret diary. This will be the political scenario after the next Lok Sabha poll. Despite an overwhelming majority, the BJP will cling to the Hindutva platform and because of the controversy over Narendra Modi, he will not be considered for the PM’s post. Two new candidates will emerge, Baba Ramdev and Asaram Bapu. Since Bapu is more popular and draws larger crowds and is a major ‘attraction’ for women, he’ll be the first choice for PM. Or perhaps, to make the nation doubly holy, these two will function as joint custodians of the top post. As a follower of both sants, I am certain to become a minister with a plum portfolio.

Now I must meditate. There is too much jhoot in the world. Today only I read that Adam and Eve did not live together, and that there was no apple, no serpent. In the same way, there was no rape, no molestation but only baingan bharta in Bapu’s ashram.