It’s in the sun and sand of Australia's red centre desert that I discover the country’s spiritual heart. 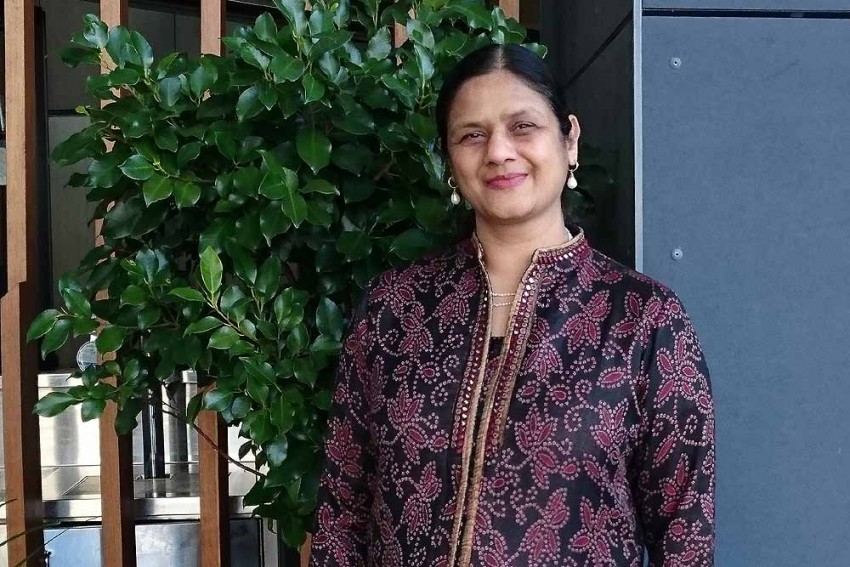 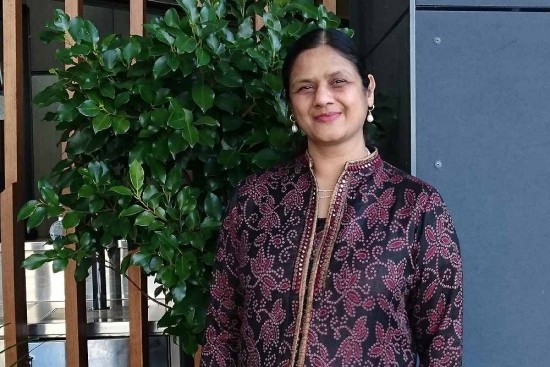 Australia conjures images of sea and surf, but it’s in the sun and sand of its red centre desert that I discover the country’s spiritual heart. Uluru (Ayers Rock), along with Kata Tjuta (the Olgas), has been part of the traditional belief system of Australia’s first people. The ochre-tinted inselberg stands tall in the vast arid landscape, linking the country’s indigenous Aboriginal past to our present and the future.

As the plane begins its descent to the Connellan airport, a glimpse of Uluru’s famous silhouette evokes a sense of awe. The winter sun on the tarmac is comforting as unhurried passengers make their way into the small airport to a pleasant ‘Palya’ or welcome. A relief from the intense security screenings one has to endure at most airports in our post-9/11 world.

Aboriginal people have been living in this region for at least 22,000 years. To ensure that the traditional owners—the local Anangu Aboriginal community belonging to the Pitjantjatjara and Yankunytjatjara tribes—keep the land, and their culture is respected, visitor accommodation is located 20 km away from the base of Uluru, in Yulara village. Tourist activities in this UNESCO World Heritage-listed Natural and Cultural site are managed by a tourism company, which offers the local community employment and training in sustainable ecotourism.

A bird’s eye view of the landscape from 3,500 feet above in a helicopter is mesmerising. Like most other visitors, I was aware of Uluru and Kata Tjuta, but I notice a third rock. “It is Mount Conner, also known as Attila, located on private land,” says our young helicopter pilot, Anika. “Many tourists are fooled by it, so it is often referred to as ‘Fool-uru’.”

Mount Conner, Uluru and Kata Tjuta are situated along a straight line. While Mount Conner is a flat-topped, horseshoe-shaped 300-metre-high inselberg, Uluru is 348 metres high with a much greater mass of rock hidden in the earth’s crust. And Kata Tjuta, meaning ‘many heads’, is 546 metres high and made up of 36 conglomerate rock domes.

Nature in this part of Australia has been unforgiving, but has a distinct beauty. The 3,11,000 acre Uluru-Kata Tjuta National Park, which was formally returned to the local Aborigines in 1985 and who in turn granted the Australian National Parks and Wildlife Service a 99-year lease on the park, is home to various species of mammals, birds and insects. These include the red kangaroo, the dingo, birds such as the black-breasted buzzard and the spinifex pig­eon and reptiles like the great desert skink and the mulga snake.

Sow Light in the Desert

At sunrise and sunset, a soft glow lights up the 50,000 solar-powered handcrafted light-stems crowned with frosted-glass spheres in hues of white, blue, red and yellow. It is British artist Bruce Munro’s ‘Field of Light’ installation covering 49,000 square metres—nearly seven football fields, which will remain open until March 31, 2017. Munro wanted to create “an illuminated field of stems that, like the dormant seed in a dry desert, would burst into bloom at dusk with gentle rhythms of light under a blazing blanket of stars”. In the still darkness of the sky, one can see a carpet of stars stretching as far as the eyes can see into the horizon. Traversing through the gleaming pathways amidst the monumental art phenomenon termed Tili Wiru Tjuta Nyaku­tjaku [Looking at Lots of Beautiful Lights] in the local Pitjantjatjara language, is pure magic.

A Sky Rich in Iron

As the sun glides from east to west, Uluru wears shades of bright yellow, orange, ochre and red for which it is renowned. At dawn, the moon is still bright. Our guide Sarah drives us to a vantage point on a deserted road overlooking Uluru. Within minutes she has laid breakfast in the boot of the 12-seater van. The desert air is cold as we wait in anticipation for the first rays of the sun to illuminate the flat peak, gradually immersing the entire rock in sunlight; the surface oxidation of the sandstone rock’s iron content giving it the bright orange-red colour.

The evening sky is dramatic too, draped in crystal clear blue with streaks of turquoise, pink and mauve. Far away from the city lights of Sydney and Melbourne, as night falls, Kim Yusuf, a Kiwi, who migrated from Pakistan, takes us on a celestial journey. His laser beam moving from the Southern Cross, the Milky Way, to the signs of the zodiac and planets. To visitors from the northern hemisphere, he says, “Imagine the sky upside down in your mind’s eye”.

On the last Saturday of July each year, the Australian Outback Marathon attracts participants from nearly 25 countries to the stunning Uluru.

Neena is a Sydney-based freelance journalist