Two Slips And A Short Cover

Gavaskar’s attempt to make amends is drowned by calls for a clean-up, forcing the Centre to take note, and mull action 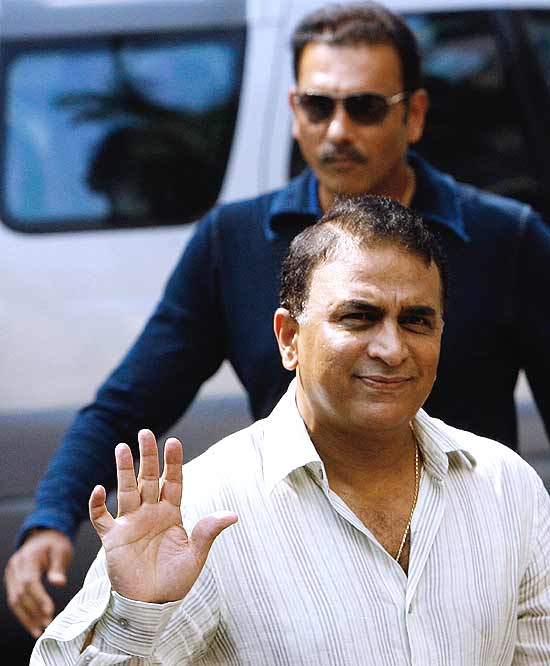 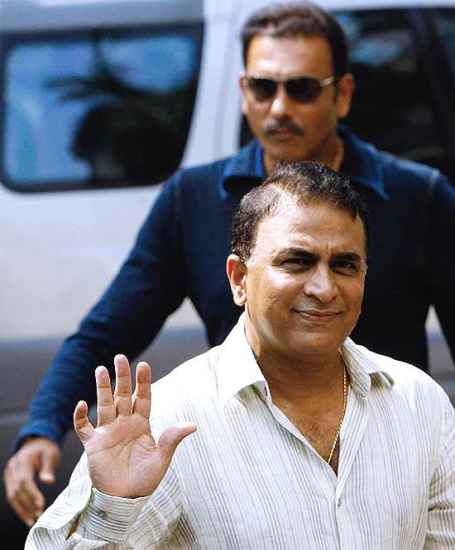 A Bill To Cut Down BCCI

Wednesday saw a different Sunny, said espnstar.com, the website of sports channel ESPN Star Sports, on the first day of the third Test match at Birmingham. Why did espnstar.com think it was a different Sunny—the iconic Sunil Gavaskar, arguably India’s most influential TV commentator and columnist? Because he had, on ESPN Star, finally criticised the Indian cricket board (BCCI), with which he has a yearly contract worth Rs 3.6 crore, as Outlook had revealed in its last week’s cover story, Cricket’s voice, or BCCI’s voice?

Interestingly, former England captain Tony Greig said on Twitter: “Are Ravi and Sunny saying exactly what they feel today? Or is it more of ‘he who pays the piper calls the tune?’” Gavaskar had faulted the BCCI for failing to ensure that stand-by player R.P. Singh, replacement for Zaheer Khan, got a visa in time to reach England for the third Test. It’s a fair point that no one would disagree with, but its news value accrued from Gavaskar being critical of the BCCI (rather than the players or selectors), which seems to be a rare occurrence.

Outlook’s cover story, about the conflict of interest in Gavaskar and Ravi Shastri’s role as independent opinion-makers vis-a-vis their BCCI contract, has raised a storm, both in India and outside. Australian historian and columnist Gideon Haigh told Outlook, “I don’t know of anything so obviously coercive in Australia as the Gavaskar-Shastri arrangement.” Media critic Roy Greenslade, who teaches journalism at London’s City University, agrees, “It is a poor reflection on the conduct of two men with fine cricketing records, and also a poor decision by the cricket board. No critic of any kind—of movies, theatre, restaurants, whatever—should have a commercial contract with the activity they are criticising.” Greenslade says, as do most press people in England, that “Gavaskar and Shastri should at least declare that they are commercially tied to the board.”

Others say the raging controversy represents an institutional problem. Ostensibly a non-profit society, the BCCI has become the HQ of conflicts of interest after the advent of cable TV in India 20 years ago. This transformed cricket into commerce. They say the larger debate, more than individuals, should focus on the effects of big business on sport, and the maze of compromises it creates.

“I don’t know anything so obviously coercive in Australia as the Gavaskar-Shastri arrangement.”
Gideon Haigh Historian, columnist

But where does it leave sport, its autonomy and its sanctity? In practice, sport today seems a vehicle of money-making by corporations, and by sets of individuals—players, commentators, sports associations, employees of corporations and, perhaps most worryingly, of the media. No wonder, Haigh is intrigued by the “increasing coalescence of cricket and media”, and the “tendency over time for those involved in the description and interpretation of the game to become simply the handmaidens of corporate interests”.

There is a precedent. Haigh notes that that this phenomenon could perhaps be dated to 1977, when Kerry Packer launched World Series Cricket. “Packer’s broadcasting package was unprecedentedly lavish and spectacular: it involved both the coverage of the game and its promotion.... Commentators went from being impartial imparters of cricket’s eternal verities to commercial courtiers of an entrepreneur promoting the game as a media property,” he says.

This was mirrored in India, beginning in the 1990s. In 1998, the newly autonomous Prasar Bharati Corporation, the parent body of Doordarshan and All India Radio (AIR), decided to invite a consortium of private players to bid for the exclusive telecast of sports rights. The reason: Doordarshan had no money and it would have been a loss of pride for a public broadcaster to not telecast cricket. Old-timers recall that the bid was just around Rs 500 crore, and yet allegations of under-bidding were traded, leading to an investigation by the CBI.

“It’s a poor reflection on the conduct of two fine cricketers...they should declare their commercial interests.”
Roy Greenslade Media critic

Then, the only conflict of interest, if any, was the image of a public service broadcaster unabashedly chasing money. Perhaps no one saw a cosying up of the broadcaster, the sports body and the media—a menage a trois if you will. Suddenly, it became all too evident. Rock-star commentators began to command extraordinary fees even as they were on the rolls of a sports club/body. Almost anticipating all this, warring broadcasters had got together in 1996 to share the huge marketing spoils. Thus was born the joint venture between rival channels ESPN (owned by Disney) and Star Sports (owned by Rupert Murdoch’s News Corp), though the precise nature of their partnership remains undisclosed.

Roy Greenslade refers to News Corp’s attempt at “virtual integration”—owning the broadcast platform, the broadcasting outlet, the sport itself and the papers that report on the sport. He says this phenomenon can only be to the detriment of the sport it chooses to buy up. “For example, though many people think it has contributed to British football’s Premier League success, through showering the major clubs with millions that it pays for exclusive sports rights, it has had the effect of increasing transfer fees to astronomical levels,” he says. “Many clubs therefore have a dilemma: they either spend and face bankruptcy or don’t spend and face being unable to compete with the teams that do.” Both ESPN-Star Sports ducked questions from Outlook on the conflict of interest involving Gavaskar and Shastri. While ESPN’s Manu Sawhney said he wouldn’t like to comment, Star TV CEO Uday Shankar said ESPN would be in a better position to field questions.

“Are Ravi and Sunny saying exactly what they feel? Or is it ‘he who pays the piper calls the tune?’”
Tony Grieg Ex-England captain

But Himanshu Mody, who’s Head Corporate, Finance and Strategy, of Zee TV, a channel the BCCI disqualified on technical grounds even though their bid for telecast rights to BCCI events was higher than Nimbus, says: “We don’t blame the commentators as much as the BCCI. It dictates the terms. Commentators can’t be hired without its approval. As a private broadcaster, we believe we should be free to contract the best without BCCI’s nod as there would be a convergence of concerns and, let’s face it, controversies and heated debates fetch eyeballs.”

To protect their interests, employers are likely to gag commentators. BCCI vice-president Rajeev Shukla, however, insists the board can’t be accused of gagging Gavaskar and Shastri. As he told Outlook, “Gavaskar keeps criticising the BCCI in his columns. As for whether he has a conflict of interest only because he’s paid by the BCCI, well, I can only say, ‘It’s not their job to speak on behalf of the BCCI.’” But Shukla’s is clearly a minority view.

Gagging commentators isn’t confined to India. Back in the ’80s, Haigh notes, Rodney Marsh was dumped from Channel 9’s commentary panel because he was critical of ODIs; similarly, Malcolm Speed as CEO of ICC did not want Ian Chappell at the 2003 World Cup. Greig, too, says there are others who hop across jobs like Gavaskar: “Mark Taylor for one, who’s on the board of Cricket Australia but charges nothing for it, and works on Channel 9, which pays him for his commentary.” Interestingly, Greig himself is a brand ambassador for Sri Lanka.

The Union sports ministry is now trying to restore order. In an attempt to make the BCCI accountable, it has finalised the National Sports Development Bill, which is likely to be taken up by the cabinet soon. The bill, sources say, will lay down that any association which takes benefits like tax exemptions and land allotment at preferential rates should be made accountable. This year, the BCCI got a Rs 68-crore tax break. An important ministry official said, “Schedule 10 of the Right to Information Act says any body somewhat dependent on government funding should be brought within its ambit.” Once the BCCI is brought under the ambit of the RTI Act, it would be open to scrutiny from the public, including on its TV deals and contracts with commentators. Also, the proposed bill seeks to fix the tenure of the officials.

Perhaps these measures might convince the BCCI not to get into a tight commercial embrace with the media. And this could be good for both cricket and the media. As Greenslade says, “Big media is big trouble.”

By Rohit Mahajan in London and Anuradha Raman in New Delhi

The Throne And The Gutter