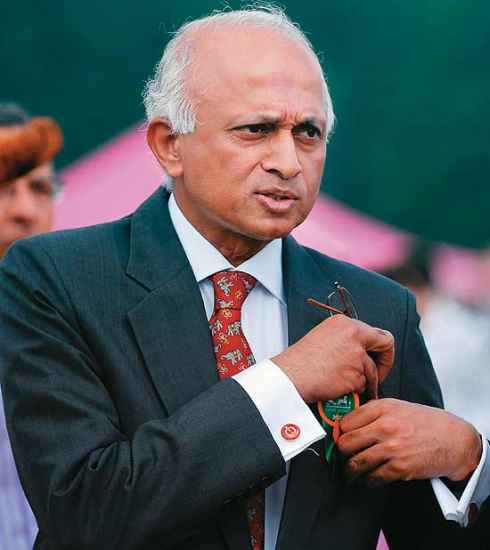 It couldn’t have been a tougher time for the mild-mannered Ranjan Mathai, who walks into the high-profile office of foreign secretary after current incumbent Nirupama Rao retires on July 31. Mathai will have to deploy all his diplomatic skills to resolve the brewing controversy over the summary transfer of Tirumurti, and without treading on the foreign minister’s toes try to curtail Shastry’s looming role over the MEA’s functioning.

Perhaps the way out is to assert himself, insist that transfers and postings lie largely in the foreign secretary’s domain. Obviously, the minister might weigh in on a few cases, but Mathai will have to ensure that it is not for reasons other than merit. Sources say Nirupama Rao partly took care of this aspect, ensuring a smooth landing for Tirumurti in the unes division in New Delhi. Without her intervention, the diplomat had run the risk of being banished to what is called “punishment postings”.

Curbing Shastry, however, will be quite another matter. Perhaps the imminent cabinet reshuffle could resolve the Shastry problem for Mathai, for there has been speculation about S.M. Krishna being dropped. His departure will of course lead to Shastry’s exit as well.

Among Mathai’s strong points is that he has headed (quite ironical in the prevailing circumstances) the bsm division. His weakness perhaps is that he hasn’t handled China, the US or Pakistan—the three countries which generate maximum foreign policy headlines.

His elevation to the foreign secretary post is an indicator that the government has favoured the time-tested principle of seniority over any other criterion. This makes many believe that, despite the Shastry interlude, the MEA tradition will not be breached.