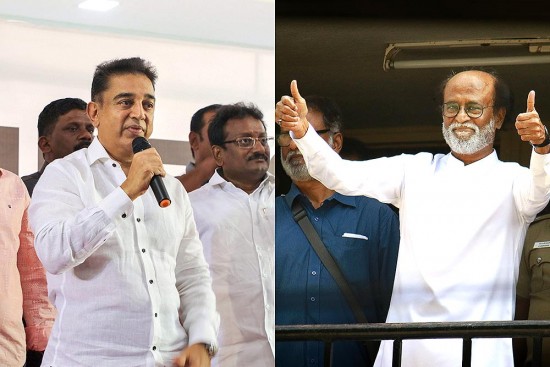 Actor Kamalahaasan would not have imagined that the thrust and parry of politics would nick him within a span of five hours—the time it took him to reach Madurai from Rameswaram, from where he had begun his political journey. At Rameswaram, he was asked why he chose to start at former president A.P.J. Abdul Kalam’s house when he could not find time to even attend his funeral. “I am not in the habit of att­ending funerals,” retorted Kamal, but only for his bluff to be called in the hyp­eractive social media, which showed Kamal was exploiting Kalam’s name for political expediency—he had app­arently met the scientist only once, that too on a flight.

Within a couple of hours of the actor claiming to abhor funerals, photos of him accompanying Tamil film legend Sivaji Ganesan’s body and attending the funerals of actors Manorama, Nagesh and Gemini Ganesan, as well as of music icon M.S. Subbulakshmi, flooded social media with the question: “So who is this man attending these funerals?”