Two Clever Tips To Surprise Him

Intelligence merits convergence, not just coordination. Plus, a shift from 'reform' to 'transform'. 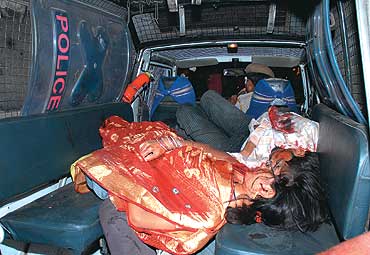 outlookindia.com
-0001-11-30T00:00:00+0553
In the absence of intelligence, all other mechanisms of combating terrorism fail. Even if security agencies are able to foil an attack, there's no guarantee that the terrorist won't strike again. Thus, any reshaping of our security matrix must look at two broad issues.

First, we over-emphasise on coordination between the security agencies to achieve the optimum in terms of gathering and sharing of intelligence. We must instead look at a system of convergence. One where there is systemic convergence of intelligence. This means integration at several levels.

Intelligence in India was born out of the need to formulate policy. Intelligence worked as an instrument for the execution of state policy where inputs would be used to formulate it and then further inputs would see to its effectiveness. So by providing convergence, we can achieve a seamless system that would enable the legally empowered to take action in the shortest possible time when an intelligence input comes in.

This isn't happening in the present design. What we have is one set of people who collect intelligence and another who act on it. So when information gathered by an agency reaches the police station concerned, not only is time wasted but nearly half the intelligence is lost in interpretation.

Our task, thus, must be to work at integrating the intelligence agencies with the security groups legally empowered to act. Instead of writing official letters to each other, time should be spent to ensure that intelligence inputs are acted upon immediately. This integration must be done at the level of both men and the equipment they handle. Today, these assets and resources are operated by different agencies.

Which is why the time has come to set up a dedicated federal anti-terrorism agency that can integrate the various arms of security forces to combat terror. It is imperative that we set up such an agency that can legally operate and conduct operations based on solid intelligence. Since intelligence only provides inputs, there must be an effective mechanism to fit these inputs within the greater matrix of policy execution.

The second issue is the repeated talk of reforms. Every time we discuss "intelligence failure", we speak of reforms. Reform can only help us to the extent of ensuring that we do not commit past mistakes. But we need a different paradigm when combating terrorism with intelligence.

Which is why the emphasis now must shift from 'reform' to 'transform'. What has been done has been done. We have to develop a totally different set of capabilities to cater to our rapidly changing intelligence requirements. This needs to be done at several levels—from our training modules to doctrines to equipment. This transformation has to be across the spectrum of our intelligence capabilities and operations.

Terrorists will always look at soft targets where they will suffer minimum losses. This is precisely why they attacked Jaipur—to demonstrate their ability to strike anywhere within India. Within the security establishment, we have to transform so that we can surprise the terrorist. Else, he will continue to surprise us.