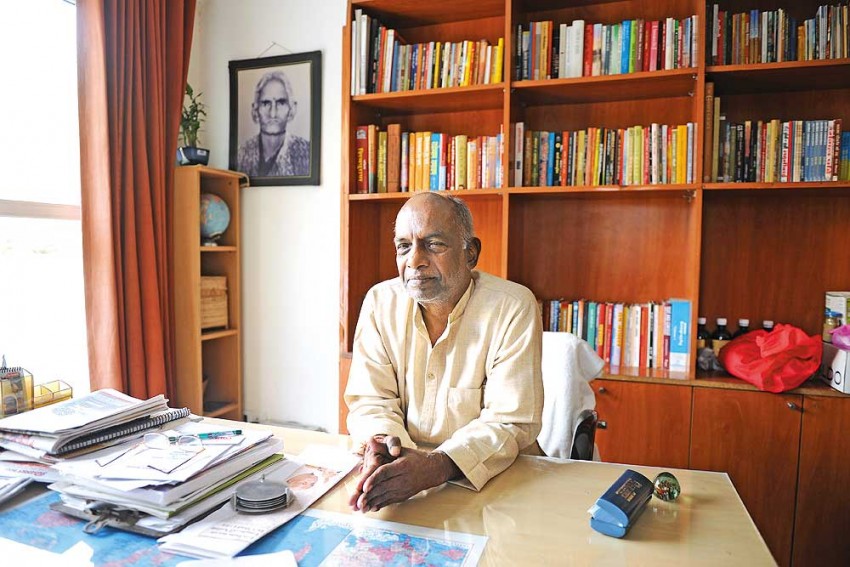 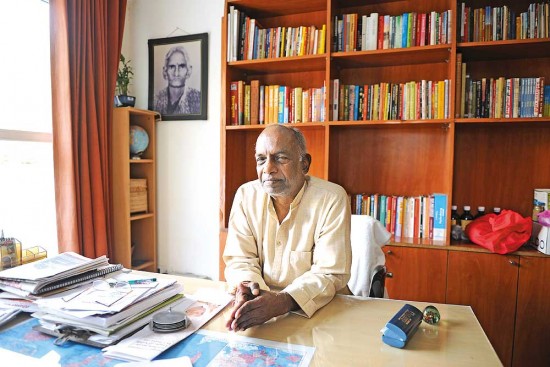 Former BJP ideologue and RSS old-timer K.N. Govindacharya feels that Facebook and Twitter are actually siphoning away crucial data from India and the government, including the PM, is unknowingly helping this process by being active users of their services. Excerpts from an exclusive interview with Arindam Mukherjee:

We have no objection to the use of technology but the issue here is of national security. When you open a Facebook acc­ount, you have to accept a 12-14-page agreement in which you give consent for transfer of all your data from India to the US and also for any type of usage of that data. The Public Records Act clearly sta­­tes that no government data can be tra­nsferred outside India. And here you are signing a written agreement allowing that. How can you do that? According to our records, 19 ministries are on Twitter, five ministries have Facebook and Twi­tter accounts and use private e-mail IDs.

We object to this legitimising and eulogising of some companies in the name of advancement of technology without loo­­king at issues like tax evasion, national security, content and whether they are abiding by the laws of the land. Instead, our PM meets the Facebook coo as a special guest and gives her huge publicity. After this, which state-level officer will have the guts to stand up against them? A responsible government would have asked the Facebook COO about the firm’s commitment to India.

It will not serve the interest of the people of Bharat and will not put the Indian government in good light. It is as if they have acquiesced and succumbed to the pressure. It is the indication that technology is outpacing politics as well as economics.

But this kind of usage has been happening for a long time.

Our crusade began two years ago when hackers threatened to hack the entire nation’s network. Then in 2012, Edward Snowden’s revelations came in and in 2013 it was confirmed that the US was snooping upon the whole world. This year we learnt that the US was snooping on the BJP. Our petition was filed two years ago and looks at taxation, content and law of the land, apart from national security. We have pointed out that companies like Facebook sell our data to big adv­­er­tisers and firms, and do not pay taxes in India. No service tax, no income tax and no VAT when they should be paying it. We cannot prosecute them in India as they do not have servers in India.

So did you bring this to the government’s notice at any juncture?

When we confronted them, the UPA government said they did not have any official Facebook account. But the new government is using Facebook and Twi­tter. When in the last hearing we poi­nted to this, the additional solicitor-general said there was no official acc­ount on Facebook and Twitter. Eve­r­ything was in personal capacity. So even the PMO is being used in personal capacity? Modi has a Face­book and Twitter account. The judges have asked us to file an affidavit. We will file that in a week’s time.

The government is preparing an e-mail policy. Will that solve it?

The e-mail policy makes it clear that, as per the Public Records Act, you cannot use those companies’ services for official communication whose servers are not located here. Here we have allowed gov­ernment servants to use Gmail, Facebook, Twitter. How effective will the policy be, as only five lakh out of 50 lakh government employees have official e-mail IDs?

What should be done now, use only official platforms or force these com­panies to set up servers in India?

Three years ago the government heavy-­handedly forced BlackBerry to bring its server to India. Why can’t Facebook do it? At the governmental level, a policy initiative should be taken and at the enf­orcement level law should be enfor­ced. Unfortunately, on both the fronts, governments have failed. We have been fig­hting the PIL for two years and the kind of feet-dragging exhibited by the governments shows that they are neither serious nor sincere.