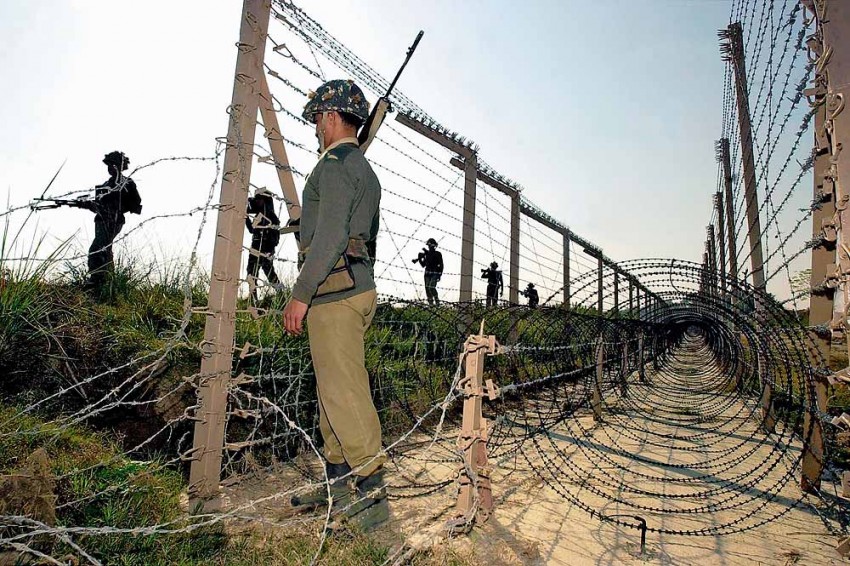 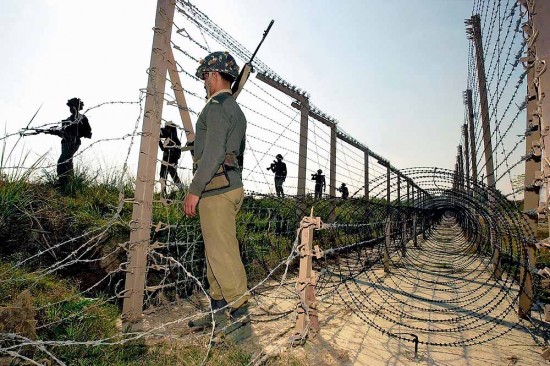 Trail Of A Clash

Like most other things in India-Pakistan relations, its disputes too tend to get shrouded in a complex grey, making an objective analysis difficult. It gets worse when overzealous ‘experts’ and a nationalist media calls for retaliatory measures to teach the recalcitrant neighbour a lesson for their apparent act of brutality—in this case, the reported beheading of an Indian soldier and the killing of another along the Line of Control on January 8 by members of the Pakistani army. The reported presence of LeT chief Hafiz Saeed in the area added a certain edge to proceedings. A serious concern is that if the current eruption of malevolence spirals, with denials and calls for revenge, it could not only rupture the fragile peace process, but trigger a whole spell of hostility.

What happened on January 8 is still unclear. According to the Indian army, one of its patrols, consisting of men from the 13 Rajputana Rifles, was ambushed by Pakistani soldiers (thought to be from the 29 Baloch regiment, as well from the Special Service Group, or ssg) inside Indian territory at the Krishna Ghati sector in the Mendhar area in Poonch, along the LoC. But what could have passed off as another skirmish—low-level attacks keep happening along the LoC, despite a ceasefire agreement since 2003—took a serious turn because of the brutality involved. One of the Indian soldiers, Lance Naik Hemraj was beheaded and another, Lance Naik Sudhakar Singh, was killed and his body mutilated by Pakistani soldiers who had crossed over, under cover of the thick fog that had descended on the area. A third Indian soldier, also part of the advanced patrol team, though seriously injured, escaped death with the timely intervention of other members of the Indian patrol who were following them. “It is not just an incident but a serious incident because of the brutality involved in the killing of the Indian soldier,” former Indian foreign secretary Lalit Mansingh told Outlook. But what has made matters worse is Pakistan’s decision to deny the involvement of its armed forces in the killing. Its high commissioner in Delhi, Salman Bashir, who was summoned to South Block by India to lodge a strong protest, had initially promised an investigation into the incident. But soon after, Pakistan claimed that after an investigation it was sure that no Pakistani soldier was involved.

“Pakistan has examined the ground situation and clearly stated its position: no Pakistani troops were involved in any incident on the night that the alleged incident took place,” Pakistani foreign minister Hina Rabbani Khar told Outlook. For an independent inquiry into the matter, she offered to involve the United Nations Military Observer Group for India and Pakistan (unmogip) members to look into it. “Pakistan remains committed to the ceasefire agreement and hopes that both the countries will use the existing mechanism to resolve any such issues,” she stressed. Later, Pakistan also claimed that one of its soldiers were killed by Indian firing on January 10.

India, which hasn’t recognised the unmogip since 1972 and considers it defunct, rejected Khar’s offer, seeing in it an attempt by Pakistan to internationalise the Kashmir issue. But what has inflamed passions in India is the selective reports about the incident involving the grisly beheading of a jawan, and Pakistan’s subsequent, brazen denial.

“The Indian response should be a deterrent punishment—razing the Pakistani forces in the area to ground level,” says Gurmeet Kanwal, a retired brigadier of the Indian army. He acknowledges the LoC to be active despite the ceasefire agreement, with enough border skirmishes and exchange of fire between the two armies. “But Pakistan’s denial makes it clear that it needs to be taught a lesson so that it does not dare engage in such behaviour in future,” adds Kanwal.

Had it been a linear narrative of Pakistani brutality, it could have made matters simple. But reports from sections in the Indian establishment suggest that an innocuous incident sparked the spiralling violence that led to the January 8 incident. According to it, in September, a 70-year-old woman from Charonda village in Uri decided to join her son in PoK and crossed over from the Indian side of the LoC. This alarmed the Indian army, which saw it as a sign of the vulnerability of its position along this stretch of the LoC. Accordingly, it started constructing observation bunkers to keep vigil on the villages in the area. Pakistan protested the constructions, citing a violation of the ceasefire—Indian officials also concede the point—but it did not deter the Indian army. This sparked off a series of low-level exchanges of fire, and tension escalated along the LoC. The arrival of Hafiz Saeed under such circumstances presumably added to passions. Things came to a head when Indian troops raided Pakistani position near the Haji Pir pass on January 6, leading to heavy exchange of fire that left a Pakistani soldier dead and injured several. The ambush on the Indian patrol by the Pakistani troops, leading to the incident when Lance Naik Hemraj was beheaded, came soon after.

There are many in India who see the incident and the increase in infiltration figures along the LoC in the last six months as signs of an emboldened Pakistani army, which is being courted by western powers to help stabilise Afghanistan. But that doesn’t explain why the Pakistani military establishment would show such belligerence and disturb its vital eastern sector when it is not yet fully in control of its border with Afghanistan.

Many in New Delhi feel the January 8 incident, irrespective of its brutality, should be seen as actions carried out by ground-level Pakistani commanders and not involving the top brass in Rawalpindi. Nor do they deny the occasional brutality resorted to by personnel of both armies in skirmishes. Pakistan’s almost instinctive denial of the involvement of its soldiers quite likely stems from the outrage, within India and elsewhere, over the beheading and mutilation that so flagrantly flouts all international laws governing armed conflict between nations.

As India and Pakistan stare each other out over the latest incident, what happens to bilateral relations? “A strong message at the diplomatic level needs to be sent,” says Mansingh. He feels attempts should be made to keep the peace process on track, but New Delhi should decide on not engaging with Pakistan at the political level. But with both countries looking at impending elections, will domestic pressures force the two governments to embark on razor-sharp exchanges, resulting in similar bloody clashes, that could bring back another period of hostility in the subcontinent?

with Mariana Babbar in Islamabad

‘All of Us Wanted Her to Wake Up. But She Never Did.’