Twist In A Tryst 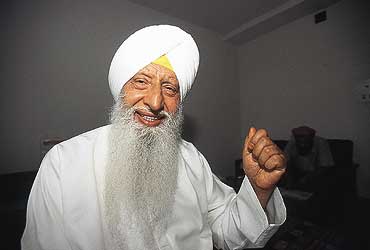 The Chauhan-Sudershan tryst has left many in the Sangh parivar unhappy. Acharya Giriraj Kishore, acting vhp vice-president, is one among those who have not taken kindly to the meeting. "The credentials of the man (Dr Chauhan) are known. His hands are soaked in blood. I don't think Sudershan should have talked to him," he told Outlook. It isn't the first time that the acharya has candidly expressed his differences with the rss supremo. Sudershan had incurred his wrath earlier when he had propounded the theory that it wasn't the kar sevaks who demolished the Babri masjid but a dynamite explosion.

Surprisingly, the self-appointed president of Khalistan and the man who had even issued his own currency in the 1980s was all praise for the rss ideology of the Hindu rashtra after he broke bread with Sudershan. Said he: "The ideology of the Hindu rashtra is their philosophy but we are learning from it. It's a very good philosophy. There is no need to introduce changes in it."