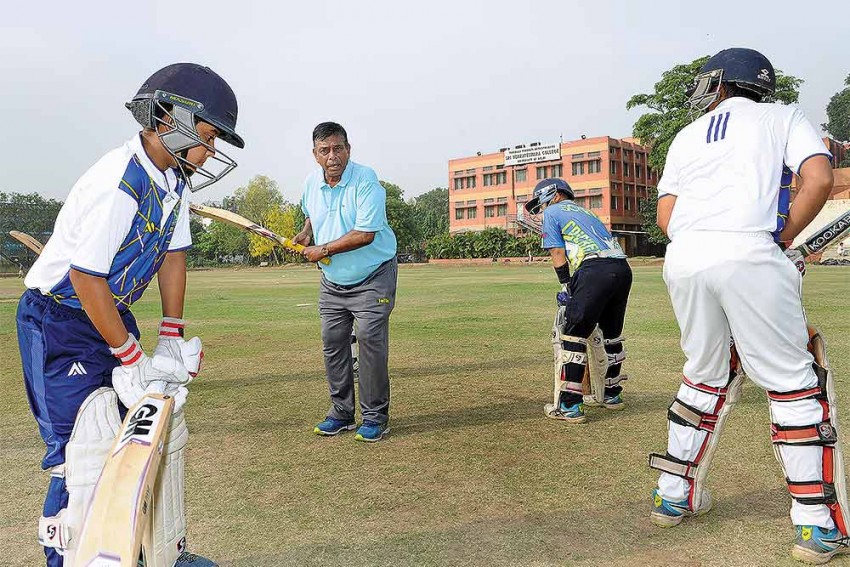 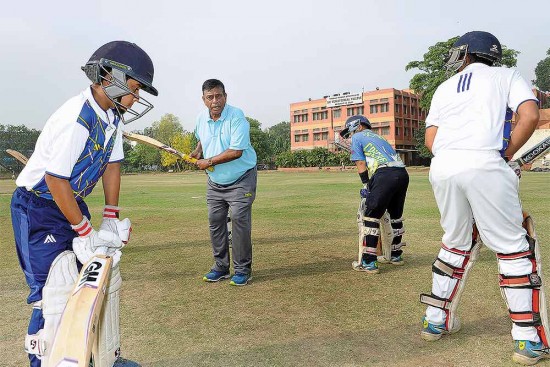 If the woes of promising young sportspersons painstakingly clawing their way up an unhelpful system is troubling, spare a thought for their coaches too. It is an irony that for years, one of India’s most successful cricket coaches had no house for his academy in Delhi. Former India women’s coach Tarak Sinha, who has produced most international cricketers than anyone in Delhi, wandered around like a nomad. Sinha even had to use picnic spots for conducting his Sonnet Club’s practice sessions. At long last, Sinha, who also had stints as Delhi and Rajasthan coach, found a permanent home in Sri Venkateswara College about 17 years ago.

Sinha is happy with his tie-up with Sri Venkateswara College as it is a mutually beneficial one—like many other coaching centres with similar arrangements with schools/colleges.

As part of these tie-ups, coaches use the sports infrastructure for coaching. Besides coaching pupils of their own academies, they also coach promising sportspersons of the college. These coa­ches also organise tournaments on the campuses. Coaches like Sinha also spot talented athletes and get them admitted to the colleges they have tie-ups with.

Well-known badminton coach Bhaskar Babu, a former coach of Saina Nehwal, runs one such academy in Hyderabad. At Marri Laxman Reddy Institute of Technology Badminton Academy in Dundigal, Babu coaches not just his pupils, but also students of the institute.

“They have provided 10 badminton courts. There is hostel accommodation for 70 trainees. I have six assistant coaches. As part of the tie-up, we let the institute students, numbering about 100, use the facilities,” Babu tells Outlook. Babu also uses the huge institute gymnasium and a floodlit cricket field. “Besides, there’s greenery all around, and with not many people in the institute, it’s quiet. It’s a win-win situation for both the institute and me,” says Babu.

One of the oldest such tie-ups is runn­ing smoothly in Lucknow for 38 years. The K.D. Singh ‘Babu’ Hockey Society—named after the 1948 and 1952 Olympic gold medallist and former India captain—entered into an arrangement with the National Inter College, Lucknow, in 1979, a year after the legend’s death. Since then, well-known coaches, including for­mer India star Syed Ali, have been imp­arting hockey lessons to teenage boys.

“We launched the society after father’s death; since then we have been running a coaching centre at the Natio­nal Inter College. Boys between six and 14 years are coached. At first, the ground was uneven. We levelled the ground and made it playable,” Kunwar Dhirendra Singh ‘Comman­der’, K.D. Singh’s son who runs the society, tells Outlook.

Boxing coach Bhupinder Singh ‘Bhu­ppi’, who has produced many internatio­nal medal-winning boxers, didn’t have to go through such trials when he launched his academy in Bhiwani 15 years ago. A former boxer, Bhupinder coaches at the Bhuppi Boxing Academy, which he runs from the Vaish College campus. Bhup­inder says he had initially coached recent Commonwealth Games stars Vikas Kri­­shan Yadav, who won middleweight gold, and Manish Kaushik, who clinched the lightweight silver. “I opened my academy at Vaish College in 2003. I also provide free-of-cost coaching to the college boys,” says Bhupinder.

Enrico Piperno, a former India tennis captain and an Asian Games silver medallist, runs a programme for schools in Calcutta. The Enrico Pip­­erno Tennis Trust coaches students up to class eight at several centres like Apeejay School, Akshar school and MP Birla Higher Secondary School. He also runs a tennis and cricket academy at Sri Sri Univers­ity in Cuttack. The trust has designed a programme suitable to the curriculum within the regular school routine.

The picture these days is a happy one. Sports academies run by dedica­ted coaches and flourishing under the protective awning provided by schools and colleges, are bearing fruit. If more colleges realise that the priceless arenas they could generously share are cradles of future exc­ellence, Indian sports would be forever beholden to them.

‘Jayasi Makes Alauddin Reflect On The ­Futility Of Desire, That’s Padmavat For Me ’