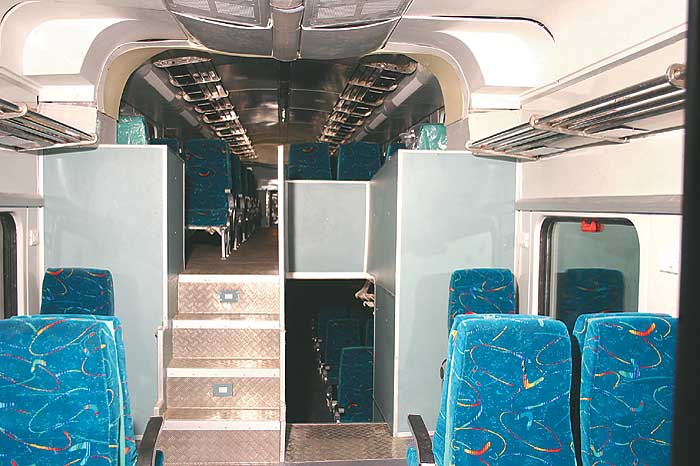 Shape Of Trains To Come

In her budget speech last year, Mamata Banerjee had promised to introduce new double-decker AC coaches and trains with modern amenities like international-standard dining cars. The Union railways minister is living up to her promise even though the new coaches will debut in her home state, West Bengal, a gift for the 2011 assembly polls. Eight coaches of this new, futuristic train developed by the Rail Coach Factory (RCF) in Kapurthala are ready and will make their way to Dhanbad from where they will begin operations to Calcutta in the second week of November.

“This is India’s first AC double-decker train and has been made at the cost of more than Rs 3.5 crore per coach,” says a senior railway official. “Western Railways does have double-decker trains but these are very old and non-AC. They can’t be compared to these new trains.” Each coach can accommodate 128 passengers—up from 78 passengers per coach in Shatabdis. The train will be introduced on stretches not more than 500 km long as there are no sleeper facilities yet, and will have a maximum speed of 160 kmph. “By next year, we hope to start operations on busy routes in other parts of the country as most experts are of the view that it would be better to introduce double-decker trains instead of increasing the number of coaches to accommodate passenger growth,” adds the official.

Earlier this year, trial runs for the train were held on the Delhi-Moradabad section. While Western Railways and Central Railways showed keen interest in introducing this novel form of transport, the rail minister ensured that the surprise would be kept for her state. 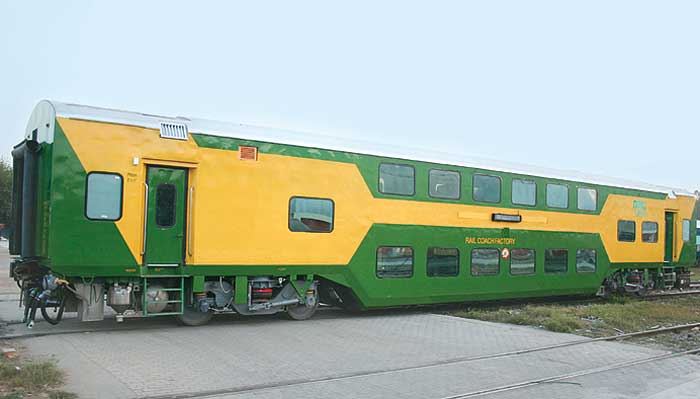 The overall height of the train has been increased by about four inches, keeping in mind structures such as overhead bridges, electrical traction etc. The space for the two decks has been made by optimally using the space between two bogies. From the design aspect, this train borrows from a number of international trains which have features like high-speed Eurofirma design (bogies which have air springs for a superior quality ride). The train is also fitted with the new control discharge toilet system. New safety features too will be implemented.

The railways will also be introducing other modern features in the coming few months. Green toilets will be introduced soon on most trains. Over 14 long-distance trains have already introduced medical facilities on board; more are likely to follow. A doctor and a team of paramedical staff are present on board with life-saving medicines and emergency medical equipment like an ECG machine, nebulisers, oxygen cylinders and glucometers. While medical treatment is currently free on board, rail officials say that the new scheme is very costly and a fee may be charged in the future.

Dedicated dining coaches have so far been a preserve of luxury trains in the country; now their viability on regular trains is being explored. For the moment, though, the Indian Railway Catering and Tourism Corporation has introduced “book a meal” facilities on a pilot project basis in Goa Express and Karnataka Express, an option available only if a ticket is booked online. Post-passenger feedback, the extension of the project across the country will be considered.

The ride sure seems interesting ahead. Now to see how soon the trains start chugging.