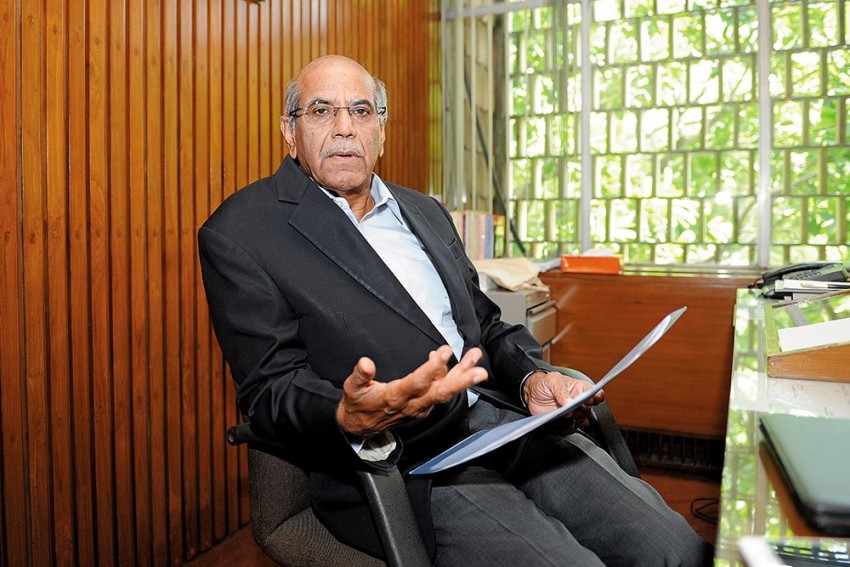 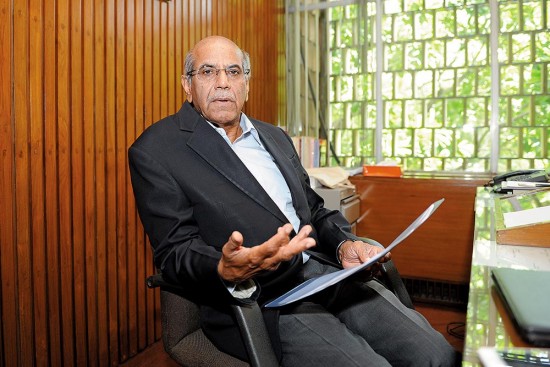 Donald Trump’s charges against India, among others, to justify his decision of pul­­ling out of the Paris Climate Change Agr­­eement have raised questions about where bilateral ties with the US are hea­ded, especially since PM Narendra Modi is scheduled to visit the US later this month. Former foreign secretary Shyam Saran spe­­aks to Pranay Sharma on India-US ties and how they have impacted New Delhi’s relations with other countries. Excerpts:

How do you react to US President Donald Trump’s outburst against India vis-a-vis his decision to pull out of the Paris Climate Change Agreement?

I am not surprised by Trump’s unsee­mly outburst. This is not the first time he has made such ill-informed, outrageous statements. We should respond by sett­ing out the facts and let our rec­ord speak for itself.

India refuted the charges but what do the remarks say about a relationship that it has been showcasing as a foreign policy achievement for over a decade?

India-US relations are wide-ranging and have acquired a self-sustaining critical mass. Trump’s unpredictability may imp­act adversely some areas, like our IT exports to the US. but there are expanding areas of cooperation that we should focus on, like counter-terrorism, defence hardware and technology cooperation, which Trump is likely to support.

How much strain does it put on PM Narendra Modi’s forthcoming visit to the US? Can the remarks be brushed aside as aberrations?

I don’t think the climate change issue will have a negative impact on the Modi-Trump summit. With other issues, we may acknowledge that we have divergent positions but then move on to the convergent interests. Both leaders set great store by personal diplomacy and there could be a positive chemistry between the two; this could help us navigate this uncertain phase in India-US relations. Trump clearly relishes deal-making and concluding bargains. We have seen that in the recent US-China engagement. We should take a leaf out of the China book.

How has India-US relations progre­ssed since 2007, when they started making serious moves towards signing the landmark nuclear deal?

India-US ties have made significant progress since 2007 and there is virtually no political, security and economic domain where the two countries are not working together. Our counter-terrorism cooperation has been mutually beneficial and reflects a level of trust that was abs­ent before. The defence hardware and technology relationship have expanded beyond our expectations in 2005, when we concluded the Indo-US Framework Agreement on defence.

“Trump’s impulsive acts are a challenge for all US allies. We should keep our focus on the ongoing, robust cooperation with the US.”

Manmohan Singh had told George W. Bush that Indians loved him, at a time when there was a “paradigm shift” in relations. Is that valid today?

True, the nuclear deal in 2008 marked a major and positive departure in relati­ons. The deal expanded India’s diploma­tic options, changed perceptions of India among friends and adversaries, inc­reased our access to cutting edge technologies, particularly in the nuclear and space fields. And this positive change was achieved without India accepting any limitation on its indigenous nuclear weapons programme. We should ackn­owledge the personal and often decisive interventions by Manmohan Singh and President Bush at critical moments, ena­bling negotiators to overcome the odds.

How has it progressed since?

Naturally, it’s not possible to del­­iver “paradigm shifts” regularly. We should ack­nowledge that the nuclear deal helped India-US ties to expand in virtually every field and enabled the two to build on long-term strategic convergences.

What has India gained by aligning itself so closely with the US in the post-Cold War period in general and after the May 1998 nuclear tests in particular?

The words “aligning itself closely to the US in the post Cold War period” are  misleading. The end of the Cold War remo­ved the anti-Soviet prism through which the US perceived India, allowing the two to acknowledge emerging long-term convergences, particularly the challenge of managing a rising China. India’s growth rate, its capabilities in high technologies, its expanding military capabilities, in particular its naval forces, and its success as a plural democracy, made it an attractive partner for the US. But India pursued closer relations with several major powers—the US, Japan, the EU, countries of Southeast Asia, Australia and yes, China. Indian strategy has been to leverage its expanded relations with each to advance relations with others, rather than to treat ties as mutually exclusive.

And did it work?

One must accept that only the US could have delivered the nuclear deal and led a global effort to bring India into the international nuclear energy market despite India not being a NPT signatory. In that sense, ties did acquire a special favour, though India would not become a US ally in the manner of a Japan or South Korea.

“China considers its larger economic and military profile as an entitlement to disregard the interests of partner countries.”

Did close India-US relations strain our ties with Russia and China? And  under Trump do we know where India-US ties are headed?

My own diplomatic experience has been that closer India-US ties have made China more amenable to respecting Ind­ian sensitivities, rather than provoking Chinese hostility. As long as India does not become part of a US-led containment ring around China and join an anti-China military alliance, I believe China will see its interests are better served by better ties with India. In foreign relations, your friends will take you for granted and your adversaries will tighten the screws on you the more isolated you are and the narrower the circle of relationships you have with other major powers. We must never accept a Chinese or a US veto on the kind of relations we wish to pursue with any other country. This applies to our relations with Russia, too. It is another matter that as a result of the deterioration of Russia’s relations with the West, it has moved closer to China and this has had a collateral impact on India.

His unpredictable, impulsive behaviour is a challenge not only for India but also for America’s friends and adversaries alike. We will need to deal with this the best we can by keeping our focus on areas of ongoing cooperation.

India is now trying to iron out strains in bilateral ties with China that crept in over Dalai Lama’s visit to Arunachal and India’s boycott of the OBOR Summit. How do you see ties progressing?

India’s China policy will remain a mix of competition and cooperation, with the precise salience of each component changing in response to the regional/ global environment. At present, the competitive element seems to be more prominent...the general trend has been one of successful management, by both sides, of a complex and sensitive relationship.

Where do you see the problem from China coming from?

The problem seems to be that China considers its significantly larger economic and military profile as an entitlement to disregard the interests of partner countries. I think it is right for India to resist this Chinese arrogance while being ready to work in areas of convergent interests. India is not in the business of trying to contain China, but neither is it willing to be the object of Chinese containment.

But a traditional ally like Russia is engaging with Pakistan, supplying it military hardware and conducting joint military exercises. How much of this is a fallout of India-US relations?

India and Russia were never “traditio­nal allies”. They were strategic partners in the 1960-1990 period, partly driven by a shared perception of a Chinese threat. The USSR was also a major economic and defence partner, assisting India in building much of its industrial infrastructure. However, India remained a non-aligned country, and resisted Sov­iet urging to sign the Non-Proliferation Treaty or support the Soviet proposal for Asian Collective Security. The Soviet Union’s collapse, the diminished threat perception of China and its emergence as a major market for Russian arms means the context of India-Russia ties has been significantly altered.

But it has started reaching out also to Pakistan.

Russia has sold some helicopters to Pakistan and has held a military exercise with the Pakistani Army, but these shouldn’t cause alarm yet. These moves are probably a derivative of the closer relations Moscow has been forging with China, though they may also have been meant as a signal of concern to India over the latter’s diversification of arms supplies away from over-reliance on Russia.

Can India insulate its engagement with Pakistan from periodic terror attacks that comes from Pakistani soil?

While India must respond in a robust manner to cross-border terrorism or hostile Pakistani military activity on the border, we must not get sucked into an escalatory process whose dynamic we are unable to control. We also must be careful not to create a political environment here which Pakistan can exp­loit. When conditions are disturbed in Kashmir, cross-border activity increa­ses and vice-versa. We must restore relative peace in Kashmir and political dialogue must not be shunned in favour of coercive action.

What about the Indo-Pak dialogue?

I have always stated that talking or not talking to Pakistan is no leverage and, in any case, has not succeeded in alt­ering Pakistani behaviour. Dialogue must continue but should be used as a platform where we should assert our concerns and confront Pakistani hostility. Suspending dialogue puts us at a dis­advantage diplomatically, since this opens the door for motivated interventions by others. We should not allow India-Pakistan hyphenation to return, constraining our diplomacy.