Trudeau Does Bhangra With Khalistanis

Attenuated over the years, Sikh separatism is given a fillip for cheap political gains even by the Canadian PM 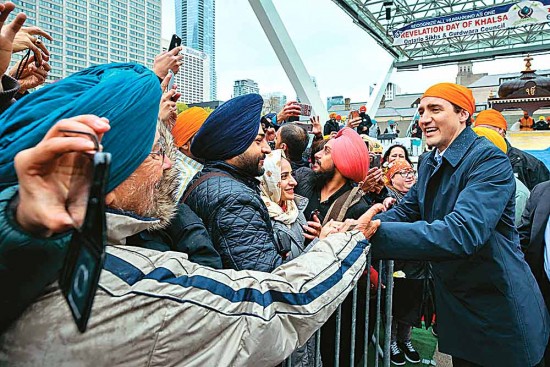 In certain quarters of New Delhi, at least among those who are engaged in the bilateral dialogue between India and Canada, a curious question may have arisen lately: Who knew helmets could be so dangerous? That reference is to motorcycle helmets. The Canadian province of British Columbia offers an exemption from wearing helmets to a person “who practises the Sikh religion” and “has unshorn hair and habitually wears a turban composed of five or more square metres of cloth”.

That facility, though, is not provided in the province of Ontario, agitating Sikhs, bikers or otherwise. Ontario’s premier, Kathleen Wynne, isn’t willing to concede ground but, with elections due in another year, the community required some pandering to.