America isn't sure if it's recession. India won't be immune to it, but will survive. 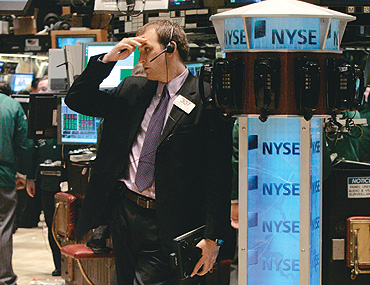 Clearly, the decoupling of China and India from the US—which was predicted by market commentators—is not in evidence now. Says Harjiv Singh, CEO (International), Gutenberg Communications, LLC: "It is important to remember that the US is still the world's largest economy and one of the key drivers of liquidity. Any major hiccups there will have an impact globally." India's commerce minister Kamal Nath conceded as much at the World Economic Forum in Davos when he declared no economy in the world can be fully insulated from a US recession. But Nath was confident the impact on India would be limited.

Rafiq Dossani, executive director of the South Asia Initiative at Stanford University and author of India Arriving, says a recession in the US will have "a big effect on Indian stockmarkets due to capital flow impact rather than real demand". But he advises against looking too closely at the financial markets for signs of recession. Dossani admits that the "real economy" is struggling, and expects at least one quarter of negative GDP growth, but says it's unlikely to register two such quarters—the classic sign of a recession.