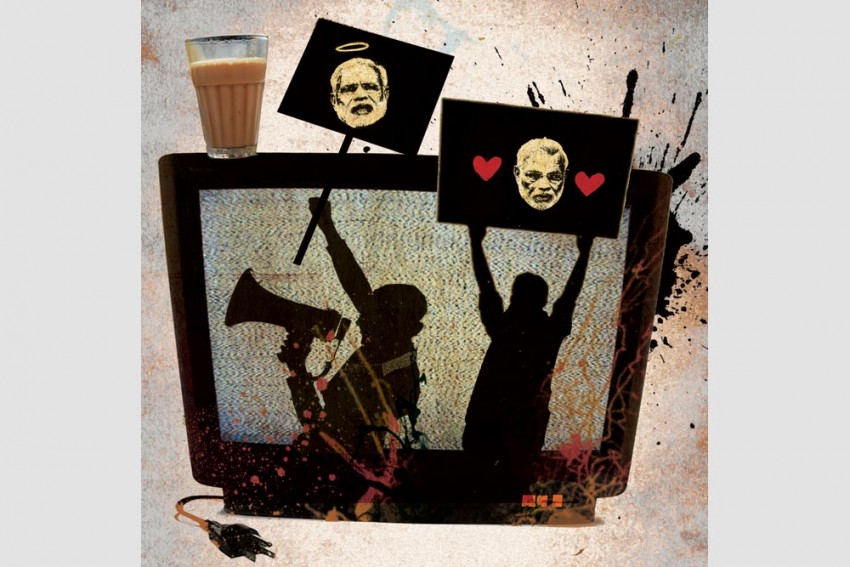 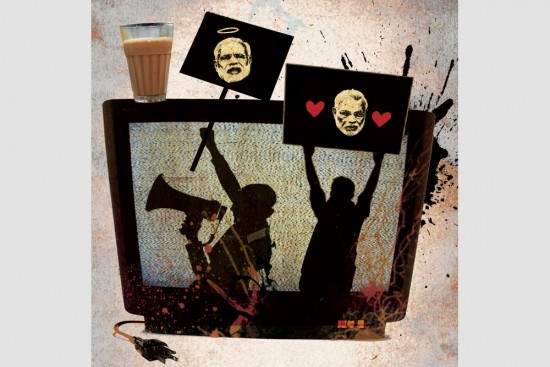 Meet the modifiers. They are the new breed of Modi followers. From columnists, TV rabble-rousers, actors, historians, writers to social media trolls and troopers, these people are determined to ‘Modify’ debate and steer it away from the criticisms of Modi’s politics through whataboutery, hoaxing and humbugging. They pose as robust right-wingers—which is rather funny as they do not offer any illuminating alternative political universe. Their oath of membership? A swaggering declaration of being anti-commie/leftie, anti-Congress, anti-Nehruvian, anti-intellectual, anti-tolerant and other namby-pamby virtues liberals may hold high, while being selectively libertarian.

Here’s a list of events where Modi­fiers jumped to the rescue:

Intolerance Razzmatazz: From Nayantara Sahgal to Aamir Khan, the Modifiers have managed to steer the award-return protests into a tolerance-intolerance deb­ate. The so-called Award Wapasi was scooped up by Hindutva hardliners as a patriotic sin even though cultural protesters were returning the awards opposing the government’s tacit support of intolerance. The violence was neither condemned nor prevented by the government yet righteous indignation is still used by the Modifiers to heighten their imaginary grievances.

Hindutva Armour: The Paris terrorist attacks could not have come at a better time for these trolls, harried by thunderous debate across the globe about India’s growing intolerance. Both the Hindutva brigade and Modifiers find solace in the international crusade against Islam and Islamic terrorism, with I-told-you-so wag, even as hydra-headed Hindutva groups  try to construct a theocracy. As the BJP politicians and extremist groups spout venom through public outbursts, online debates and social media, the Modifiers wax about the violent nature of Islam. However, the latter coyly distance themselves from the Hindutva brigade, so as to separate themselves as the elite. They breeze in with righteous condemnation about divisive speeches in madrasas, unmindful that their own cronies can be hauled up for the same.

Chaiwala Charade: Now, the ‘chaiwala’ tag has been squeezed for maximum benefit to show Modi’s humble origins; but then the Modifiers stepped in when the popularity began to sag and questions began to be raised about his competence. Criticism was put down as a backlash from the cabal of “Lutyens Delhi”, a taunting label for the so-called old elite. Questioning the PM on vital issues like hate speech and dismal growth was seen as an attack by envious Nehruvians. In absence of evidence for their accusations, the Modifiers use the ‘elitist’ slur to batter and bully. If only the Congress had had the sense to project  Manmohan Singh as the hero who rose from a backward village to become a scholar, a lionised economist and illustrious politician.

Hate Campaigns: Whether public lynching or returning awards, Modifiers rush in with data, statistics, history and graphs to show it is not the first time that someone has been killed for being rumoured to have stored beef; or demand to know about the conscience of artists and writers when communal riots erupted before May 2014. Similarly, incidents of church vandalism after May are waved away as stray things rather than covert communal attacks. It’s a perfect tango—the Hindutva soldier is on a bigotry spree, while the Modifier constructs the public discourse. Both are conservative, though Modifiers jostle for lounge life, fetishising jet travel over ganga jal.

Wembley Wriggle: Typically, Modifiers scre­eched ‘bigotry’, ‘arrogance’ and ‘racism’ as the British media brought up the critical issue of the murderous riots of 2002 in Gujarat, when Modi was chief minister and he was accused of instigating the violence (though no charges are proved as yet), bringing up the bogey of Modi’s humble origins and his appeal to the new aspiring masses. These followers also attempted to wipe out the protesting masses outside Modi’s glittering events, determined to erase the stain of the 2002 riots by adopting their leader’s most clever device of reinvention—forget and be reb­orn as the shiny, new leader. Funny, it is as if Modi is in the same league as Nitish Kumar and Laloo Prasad, who was being derided for his caste status.

The best example of hysterical antics orchestrated by this strange bunch is perhaps Pahlaj Nihalani’s propaganda video ‘Mera Desh Mahan Hai’ that was played across cinemas till booed off by the public.