To me, even more than Antonioni, Bergman was one of the greatest filmmakers of the 20th century. 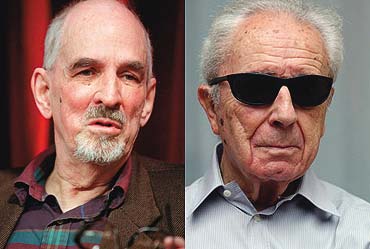 outlookindia.com
-0001-11-30T00:00:00+0553
It was an eerie coincidence that two masters of world cinema, Bergman and Antonioni, passed away in quick succession this week. To me, even more than Antonioni, Bergman was one of the greatest filmmakers of the 20th century. With 54 films, he was extremely prolific and kept making films right from '46 all the way till the mid-'80s, when he shot Fanny and Alexander. The output wasn't just enormous but of a very high quality.

Bergman shot with the same set of actors he had from the very beginning of his filmmaking, who were committed to working with him throughout their careers. People like Liv Ullman, Bibi Andersson, Max von Sydow. The legendary cinematographer Sven Nykvist, who died last year, began working with Bergman in the '60s and shot most of his major work. It was almost like a formidable repertory company, Bergman cultivated his performers with immense care. He did plays (126 productions) in the winters and films in the summers. It was a pattern of working followed by other filmmakers in cold European countries.

Bergman was the son of a chaplain and his upbringing had been very Christian and very tortured as well (reflected later in his Fanny and Alexander, the tale of a Lutheran bishop who ill-treats his step-children). He was brought up on the concepts of sin, guilt, confession, penance. It was a harsh, Calvinistic background and he kept rebelling against it most of his life. His films also reflect these ideas, play them out in the realm of relationships. In his world there were no certainties. His films were about relationships fraught with uncertainties, about the inner, psychological world of people. In real life, he went through several relationships and married five times. He was not a nice man in person, and is known to have been very exploitative in his relationships.

As a filmmaker what I have appreciated deeply are his brilliant scripts. He was an exceptional storyteller, his films always had very strong, powerful narratives. When I heard of the news of his passing away, I picked up The Seventh Seal (in which a knight plays a game of chess with Death) to watch it all over again. It is terribly powerful, philosophical and so wonderfully shot with such strong imagery.

He had pretty strong views on films and filmmakers. Film for him was something magical—film as dream, film as music. "No form of art goes beyond ordinary consciousness as film does, straight to our emotions, deep into the twilight room of the soul," he said. The act of making a film, to him, was like working out your dreams. He loved Andrei Tarkovsky for that reason. Bergman created dreamscapes on celluloid. It's not as though the characters were a dream, they were all very real and rooted but engaged in existential questioning. He was also appreciative of Luis Bunuel, Akira Kurosawa and Federico Fellini. In his autobiography, The Magic Lantern, Bergman wrote that "a film is not a document, it is a dream". He looked up to Tarkovsky because he felt "he moves with naturalness in a room of dreams". Bergman thought that he himself could "creep inside" that room but only a few times. He was very critical of Antonioni. He felt Antonioni aspired to be in the same room of dreams but got "suffocated by his own tediousness".

But, at another level, Bergman and Antonioni were quite similar. They both handled themes of alienation. Filmmakers of that period, post-WW II, were all concerned with existentialist issues. Unlike Bergman, Antonioni made very few films, around 20. He was best known for L'Avventura, La Notte and L'Eclisse. I like La Notte a lot but was disappointed in L'Avventura when I saw it the second time. Blow-Up was a marvellous, extremely well-made film not just in the way it tackled the theme of alienation but also in terms of its comment on voyeurism. The Passenger left me wonderstruck—in the way some sequences were shot, it was way ahead of its times and the technology available.

Bergman, Antonioni, Tarkovsky, Kurosawa, Bunuel—they all occupied a particular time, were pillars of the cinema of the golden period. I would also include Ray's name in this pantheon. None of their films were popular successes. Bergman, for instance, never got a full-scale release in America—his films were shown only in the art circuit, except for Serpent's Egg which was, perhaps, his worst film. But these filmmakers had a diehard set of followers. They were hugely influential figures for contemporary mainstream filmmakers even though they never occupied the mainstream space themselves. The influence of a family epic like Fanny and Alexander can be seen even in Hollywood—in the films of Francis Ford Coppola and Martin Scorsese.