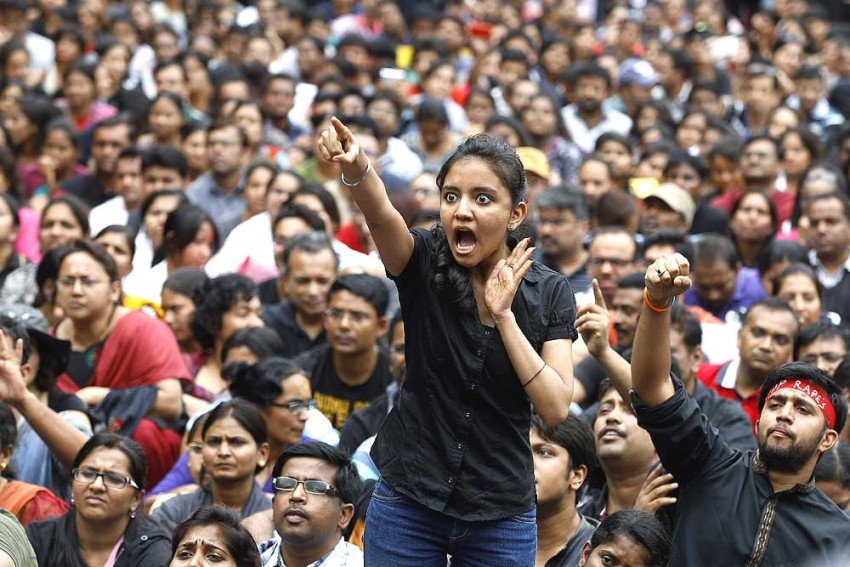 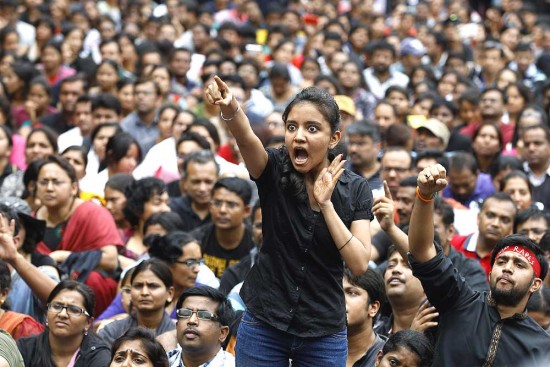 A City Speaks Up

You might call it Bangalore’s ‘Nirbhaya moment’, though that’s a disturbingly label-happy distinction. Last week, hundreds of Bangaloreans joined parents of students at an upmarket school where a six-year-old had been raped, allegedly by a skating instructor, in a protest that voiced anguish, disgust and immense anger. It’s a consolation that the victims of the two recent rapes in Bangalore—the other was a 22-year-old who was with a friend when she was abducted and raped—are alive. For in many other recent rapes across the country, the victim also ends up being killed. But rape is rape, and though it is not unusual—statistics have it that a rape takes place in India every 22 minutes—this time, it has hit the vocal, educated middle class where it hurts most: at a school where they pay huge fees to get their children educated.

The incident has raised many questions, not very different from those raised years ago when, after a spate of dowry deaths, tough laws were put in place to fight the menace. Dowry-seeking did not end, to be sure, but the new laws made enforcement agencies follow a protocol that was set out and police personnel started tending to such cases with more sensitivity. But it took time. Similarly, post the horrendous Delhi gangrape of December 16, 2012, stricter laws have been enforced and guidelines issued. Police stations now have clear standard operating procedures. But they are yet to be fully understood. Mohammed Rafique, an inspector at the Fraser Town police station, for instance, did not know he was liable to be prosecuted for diluting the new laws while applying them.

In fact, public indignation over the child’s rape was also inflamed by the manner in which the Fraser Town police handled the case of the 22-year-old victim, a PG student. The incident had scarred the reputation of Bangalore as a city where women, alone or in company, were safe after sunset. It showed how clumsy police handling harmed the case and the victim: the police did not seem to know that sexual assault had to be treated as rape.

A factory worker’s child, also six years old, had been raped a year back. But at that time, there had been no protests.

If that is how an adult’s complaint of rape is treated, how would police deal with that of a child? The lack of protocol for not just the police but also parents, schools and the media necessitated a general advisory from the National Ins­titute of Mental Health and Neuro­sci­ences’ child and adolescent psychiatry department. It is reflective of the cases of child sexual abuse piling up at NIMHANS, India’s premier institute of mental health, which is located in the city. “When they are brought here for help, they’re so overwhelmed after intrusive detailing of the event by committees, police, hospital and parents that it turns into retraumatisation,” says Dr Shekhar Seshadri, a NIMHANS professor of child psychiatry. The point the advisory makes is that psychiatrists can combine therapeutic and forensic interviewing to assist in the healing of the child and yet fulfil legal requirements.

To be fair to the police, they did follow protocol to some extent, because the six-year-old girl was too traumatised. But this delay proved costly in terms of social and political implications—what with the media keeping up a relentless tirade. Police were blamed for delay in investigation even as chief minister Siddaramaiah faced flak for asking reporters if there wasn’t any other news to report on. The line between sensitivity and insensitivity became blurred, as it happens in most such cases. 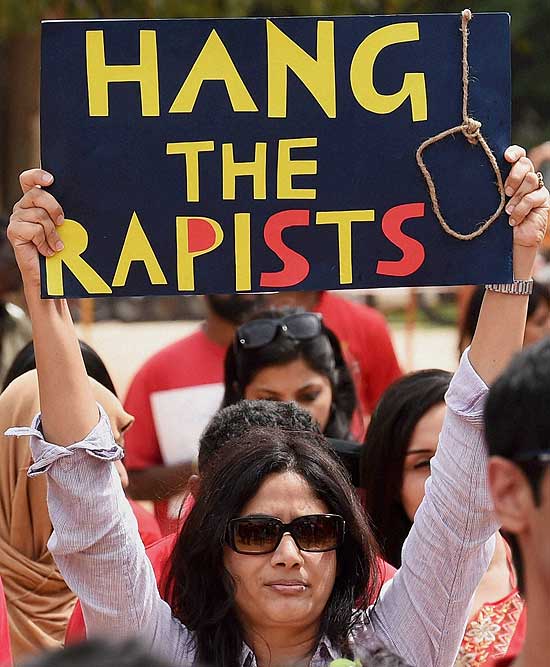 But there was nothing to beat the insensitivity of the school management. “Their approach has been so lax, so arrogant that the vicarious culpability clause in the Protection of Children from Sexual Offences Act, 2013, or pocso certainly needs to be looked at in this case,” says a senior police official who did not want to be identified.

The school did no background checks on its employees. Maybe if it had, it would have been revealed that the skat­ing instructor, Mustafa, had faced child sexual abuse charges in his previous job, although these were not reflected in the records he presented. Besides, the school allowed outsiders to use facilities like the sports centre and the swimming pool on its premises. Even 23 days after the child’s ordeal began, and after the chairman of the school, Rustom P. Kerawala, was arres­ted under provisions of pocso, the Juvenile Justice Act and ipc, the school spokesperson maintained this line: “We don’t know whether it (the rape) happened or whether it did not happen in school.”

The incident has jolted several schools, including those consciously taking preventive steps. Teachers, principals, police as well as psychiatrists do agree on one point. Nobody knows where a predator might be lurking in the dark corners of a school or elsewhere. “Every time an incident of this kind gets media attention, the focus falls on the police. It’s not a question of policing alone. It’s a question of our values, culture, commodification of women. Why does our society have so much of sexual violence? We are so short-sighted that we do not even consider why women are not looked upon as human beings,” says Donna Fernandes, founding-member of Vimo­chana, a women’s initiative that has been working to raise consciousness about women’s rights. Fernandes’s point is worth pondering. It’s something all of India—urban as well as rural—seems to be in the grip of all of a sudden: an eruption of random, unprovoked hostile behaviour and sexual aggression, often murderous, directed at women. What are the social impulses that are sending the dislocated Indian male on a blind gender revenge spree?

There is also another aspect. A year ago, a girl of the same age as the school student was raped by a 14-year-old in a bushy expanse near Electronics City. The victim, daughter of a garment factory worker, collected her blood-soaked clothes, wore them and walked back several kilometres to her house. The police found blood all around the spot and arrested the juvenile rapist. The child went through the entire process of identifying the spot, the accused and replying to questions by the police. The legal course was followed. The chargesheet was filed and the boy, as per law, was sent to a juvenile home. “A rape is a rape, whether in an upscale or a downmarket school,” says a senior police officer. Yet, the Nirbhaya moment that Bangalore saw last week was not seen then.