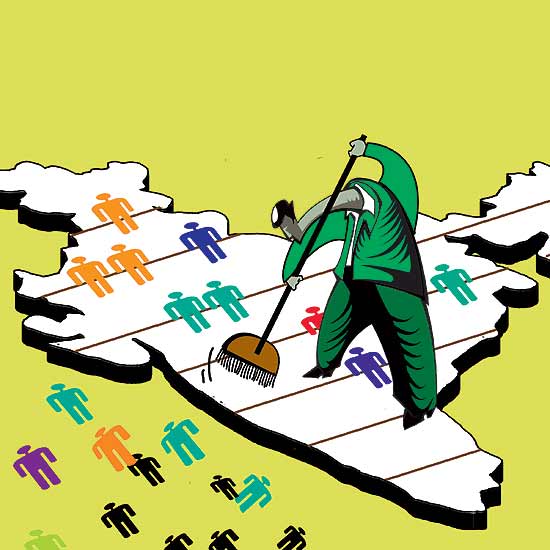 The census of India’s poor began on June 29 in Tripura, in the Northeast, with a methodology Jairam Ramesh, who was made Union rural development minister in the recent reshuffle, didn’t get a chance to contribute to. It has some improvements over the method followed in the previous census, but the key contradictions in the process of identifying the poor continue.

Consider the dichotomy, and the resulting errors, of assessing poverty by income and by assets held, such as a house, land, consumer durables and the like. A person may have a high income but not assets. A methodology that gives weightage to income alone will count him among the rich and one that gives weightage to assets held will count him among the poor. And a methodology that goes by assets alone will deem a person who may have inherited some assets but has no income as rich when he doesn’t know where his next meal is coming from.